As of this writing, Hurricane Sandy is still approaching the US East Coast. I got these rather scary satellite photos showing the eye of the storm, various sources from the web. 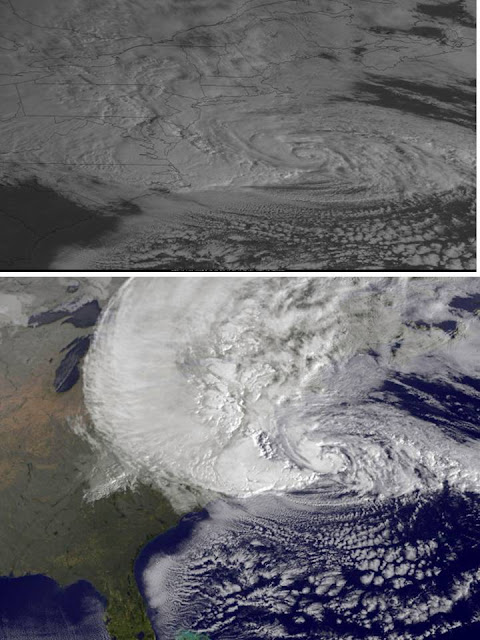 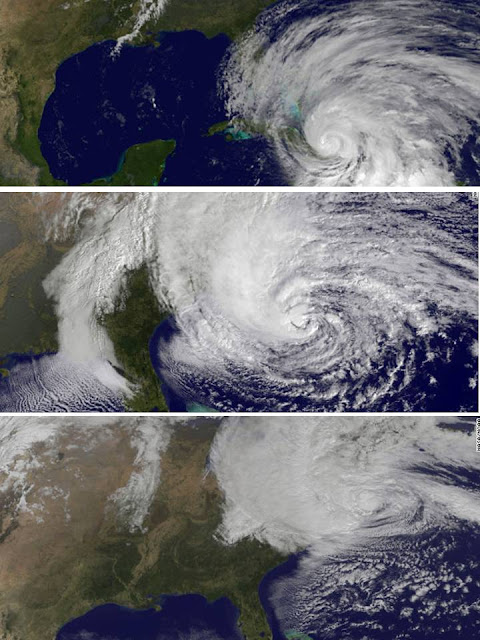 Below, upper photo, not sure if this is a real photo or simply photoshopped, but it shows the potentials of heavy rainfall in the area. Lower photo, a portion of Manhattan flooded. 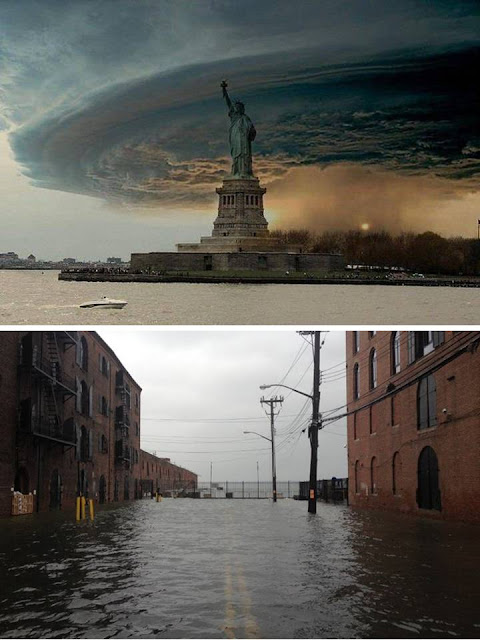 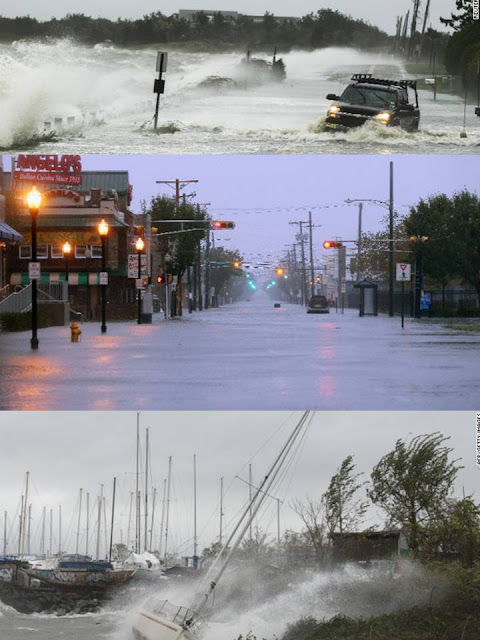 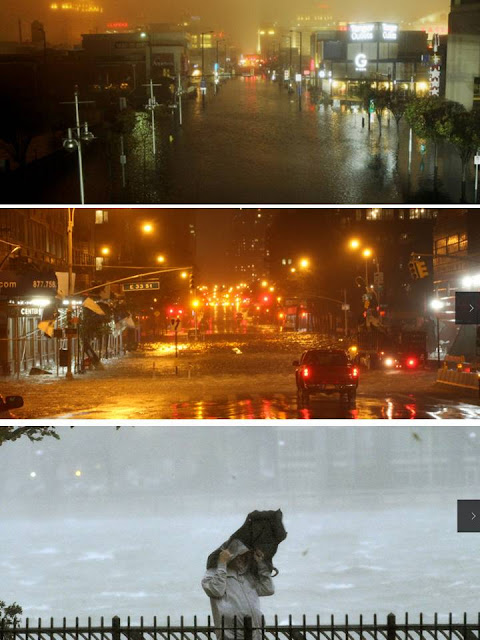 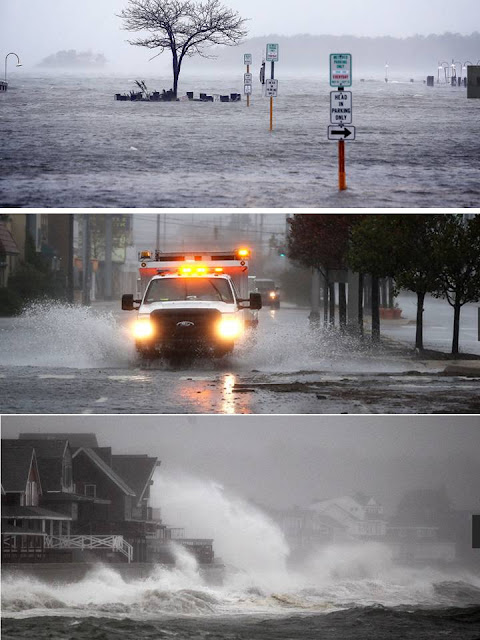 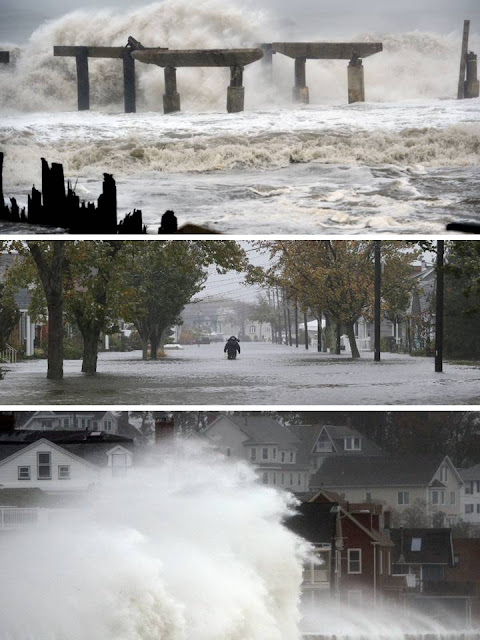 Photos of the winter storm and the Arctic blast not included yet, wow. 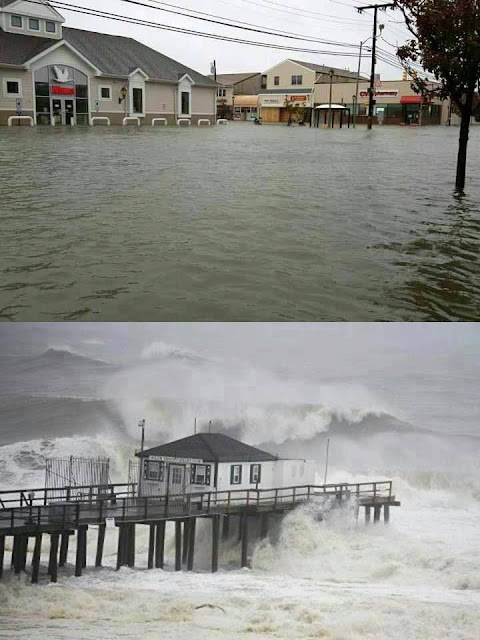 Dr. Roy Spencer has a good explanation why this hurricane is rather "exceptional":

It is basically the “perfect storm” scenario of the chance timing of a tropical cyclone merging with an extra-tropical winter-type storm. Without Hurricane Sandy off the coast, the strong trough over the eastern U.S. (caused by cold Canadian air plunging southward) would have still led to a nor’easter type storm forming somewhere along the east coast of the U.S. But since Hurricane Sandy just happens to be in the right place at the right time to merge with that cyclone, we are getting a “superstorm”. 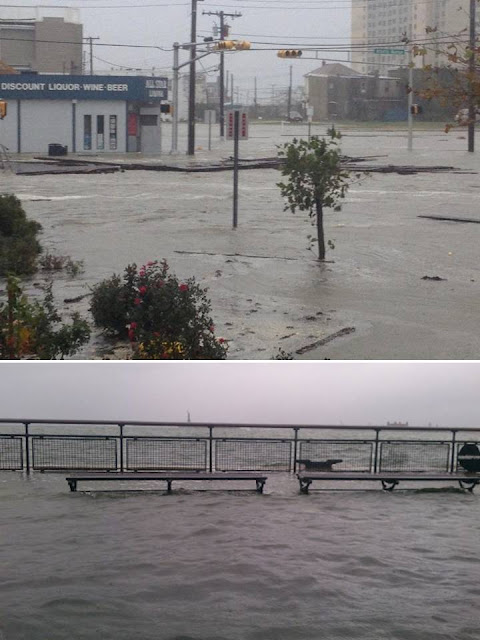 So a big question perhaps for some people: Is this related to, or caused by, global warming?

Not too fast, Dr. Spencer has a precaution: "(P)remature to claim. We would need to see more of these events occurring over many years, on a quasi-global basis…and even then the increase would need to be shown to be unrelated to natural climate modes of variability, such as the Pacific Decadal Oscillation or Arctic Oscillation."