Another sad day in this world... Another good friend taken by cancer.... 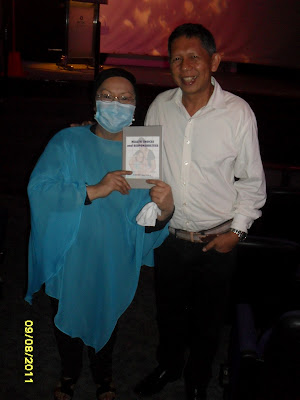 This is my last photo with Direk one year ago, September 08, 2011. Her friend, Ms. Yuchengco, showed a docu film about Direk at RCBC Plaza auditorium. Direk's musical director in many of her movies and tv programs including Sic o Clock, Nonong Buencamino, invited me in facebook, that's how I learned about the event and I went there.

The room was full of soooo many fans and supporters of Direk, her students at her film school, former actors and actresses of her movies, fellow cancer warriors, other friends Sad but happy moments that day. I gave her a copy of my book and when I asked her to have a photo with her, she gladly displayed it.

She was undergoing chemo treatment that time. She sat beside her physician at the auditorium, who blushed when Ms. Yuchengco called on him and introduced him to the crowd.

Other Sic o Clockers who came that day, photos below, were Jimmy Fabregas, Noni Buencamino (younger brother of Nonong) who came with his wife Sharmaine, and Ces Quesada.  Lower right, some nice photos of Direk. 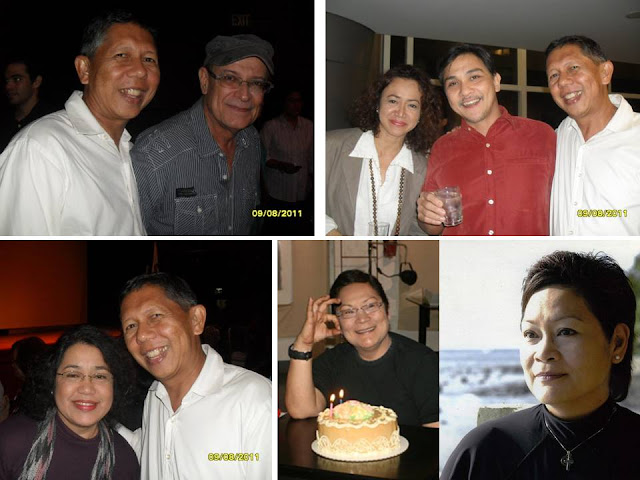 I was among the last addition to the cast of Sic o Clock News in 1990, was with the gang for about 10 months, before Direk decided to discontinue the show sometime in September or October 1990. The IBC 13 management, being a bunch of government appointed bureaucrats during President Cory's time, did not like the satire of the program of the "Kamag-anak Inc." and other policies of the government then, they kept changing the day and time slot of Sic. The fans and followers of the program got confused with frequent changes in the time slot. Direk knew that it was an implicit signal that the management was not happy with the program, so she pulled out and discontinued Sic. 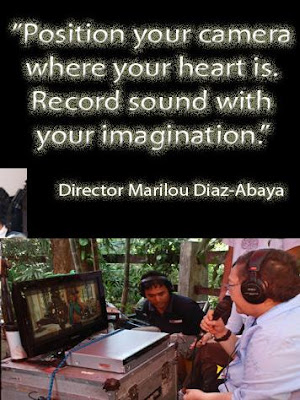 Direk was not exactly a partisan person, she was simply aware of things that were not done right by the political leadership. Instead of supporting street demonstrators, or writing political commentaries, she preferred to do a political satire program that was Sic O'Clock. Very funny and informative at the same time. 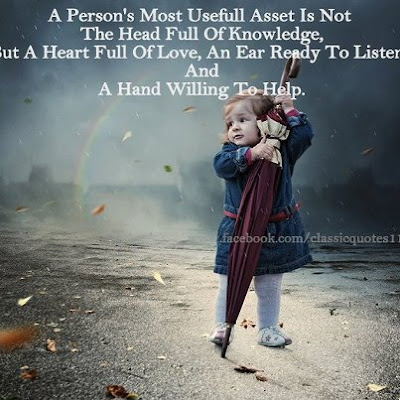 Good news. Cancer cells in my brain have been reduced significantly since my radiation program 3 months ago. I'm off chemo for a whole month YEHEEEY!, just daily hormone pills which, hopefully, will relieve me from the usual side effects. Then next tests will determine how to proceed. I intend to get more physically active hehehe during this respite period. BTW, this happy development happened during the Penafrancia Fiesta last week. So I ask Ina to bless all those who pray for me. Thank you and CHEERS!

I even replied to her a congratulatory note.But yesterday, she was gone....

I am posting below our private mails in facebook. It started when I commented on her wall status sometime in June 2011, she liked my comment and she wrote me:
----------

June 21, 2011
Marilou Diaz-Abaya
LOVE Anak, sobrang na-touch ako sa reply mo to my status. FYI my breast ca (2007), recurred in 2009, then metastasized to my liver and abdomen (Jan2011) right after I premiered my latest movie "IKAW ANG PAG-IBIG" in commemoration of the 300th anniversary of the devotion to Ina, Our Lady of Penafrancia. Good timing talaga.

My medical condition now is like a rollercoaster with good days and not-so-good days. I'm on chemo indefinitely. My response has not been very favorable. Pero active pa rin ako whether awake writing, or asleep dreaming haha.

Matagal na akong ready. I'm an Ignatian footsoldier ready to go where I am sent, wherever and by whoever I am most needed. A contemplative-in-action. Unordained Jesuit hehe.

I'm so proud of you. I miss you and send you warm hugs and much love and affection.

June 21, 2011
Nonoy Oplas
Direk, ikaw pa. Masaya kang kasama eh, kaya ayokong malungkot ka, like feeling helpless that you can't help those who are affected by the flooding. For all you know, many of them may be the same people who clog the esteros and creeks with their mindless throwing of garbage, etc.

I hate cancer Direk. My elder brother died of prostate C. His wife and my sis in law died of colon C. My mama's cousin in Cebu also of prostate C. At least 2 of our wedding godmothers also died of C. That disease has more victims than survivors. So if you are one of those brave survivors and warriors, and you continue updating us in fb about your condition, each update, each passing day, week, month, that you are still around, laughing and facebooking, is another day of joy to me and sooooo many of your friends and fans. O, di ba? 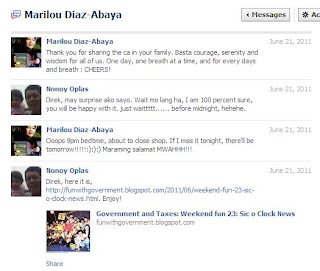 June 21, 2011
Marilou Diaz-Abaya
Thank you for sharing the ca in your family. Basta courage, serenity and wisdom for all of us. One day, one breath at a time, and for every days and breath :
CHEERS!

June 25, 2011
Marilou Diaz-Abaya
WOW NAMAN SUPER YUNG ARTICLE MO ANAK Made my day today, and made the rains go away. So sorry for the delayed reply. Medyo I had a couple of not-so-good days (nausea). But I feel okay today. Keep warm and well. Hugs and mwah! !

June 25, 2011
Nonoy Oplas
hahaha. Thanks Direk. My wish in writing that article is to make you happy, the rest of the Sic gang. I am glad that I have achieved it. cheers Direk.

Goodbye Direk Marilou. You have touched so many hearts, helped many lives, and entertained so many minds. Over-quota ka na Direk, in living a very meaningful and selfless life. That is why the Big Boss above did not want you to suffer any further physical pain.

It's our turn Direk, to follow some of your footsteps.
Thank you very much for the friendship and laughter.
Thank you. We will miss you....
--------

whoa, i was a huge fan of this show. ano ang ginawa mo sa show?