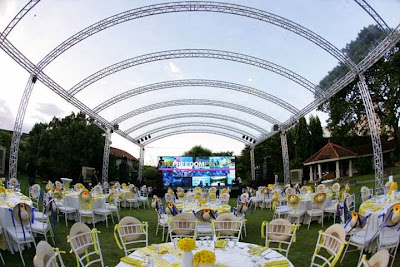 It was a big day indeed, and a big night, November 10, 2013, at the beautiful San Diego Gardens, Intramuros, Manila. This is in an open area between Pamantasan ng Maynila and Manila Hotel. See my earlier story of the awards with photos. 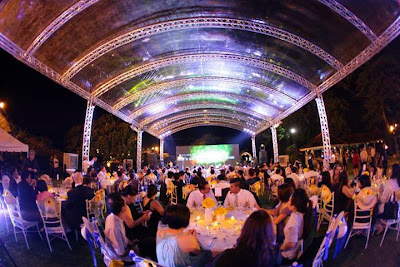 There were  many guests that night. The big event of the FNF was the 20th anniversary of the Council of Asian Liberals and Democrats (CALD), Nov. 9-11 held at Manila Hotel. CALD is the organization of politicians affiliated with either a Liberal Party or Democratic Party in Asian countries. CALD is one of the two big projects of FNF in Asia, along with EFN, which is the organization for free market think tanks and individuals in Asia. 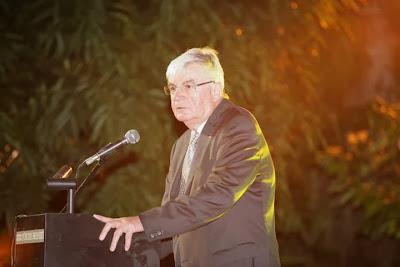 So the top officials of FNF in Germany, Prof. Dr. Jurgen Morlok, right, Chairman of the Board of Trustees who came to Manila for the 1st time, the head of FNF Asia Department, Olaf Kellerhoff, the President and Sec-Gen. of Liberal International (LI), were all there. Plus several officials of the Alliance of Liberals and Democrats in Europe (ALDE), the counterpart of CALD in Europe, some Members of the European Parliament (MEPs) were there. Also the two FNF Regional Directors, Rainer Adam of East and Southeast Asia and Siggi Herzog of South Asia, and several FNF country directors from Thailand, Korea, Myanmar, Pakistan, Indonesia, etc. They were all there.

Plus local guests. The four big events that night then were: 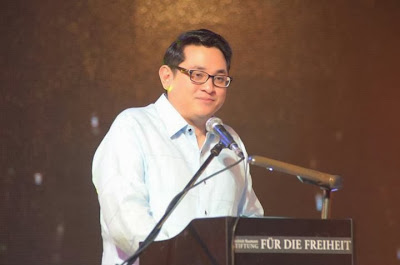 1. Freedom Speech by Sen. Bam Aquino. He spoke about his "Freedom from Poverty" vision and policy advocacies, including legislative agenda. Good speech though I think he did not mention "freedom from harassment" or similar things that happen if a country does not strictly implement the rule of law. 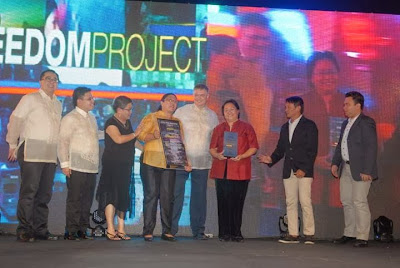 2. Freedom Project award, only one awardee, a civil society campaign against corruption by a media program "Diskarte".

3. Freedom Flame Awards, 14 of us local awardees, and

4. Freedom Sparkler Awards, about 8 or 10 of them from LI and FNF international offices 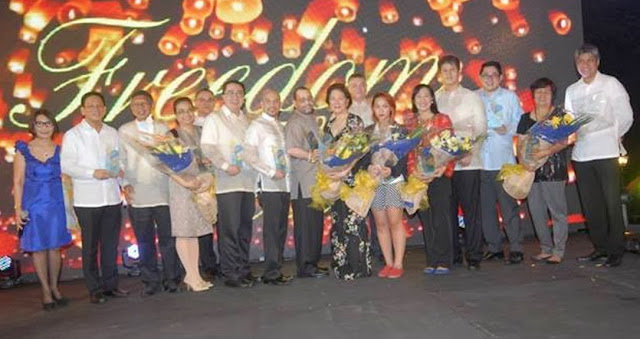 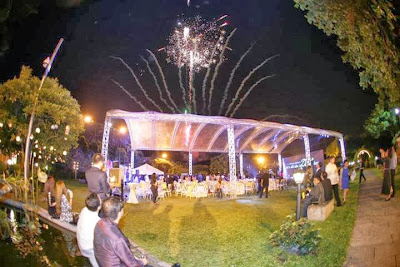 There was also a beautiful fireworks display to cap the evening. Nice venue, nice food and drinks, nice music. I jammed with the band of course, I dragged a participant from Singapore and from Sweden to the stage, we sang The Beatles’ “Ticket to Ride”, hehehe.

All photos I got from the FNF Manila facebook page.