Business 360 13: US Government Shutdown and Lessons for Asia 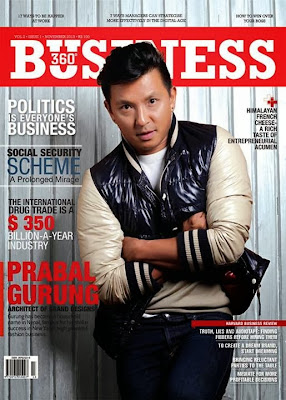 The US federal government “shutdown” or more appropriately “slim down” looks confusing for many people around the world. For how can the biggest and richest economy in the world have its central government “shutdown” for two weeks due mainly to financial constraints? A government that can send tens of thousands of troops and heavy armaments in Afghanistan, Middle East and other countries around the world, is shutting or slimming down  because of lack of money? 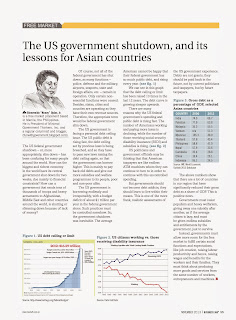 Technically, not the entire federal government has shut down as many functions – police, defense/military, airports, seaports, state and foreign affairs, etc. – remain in operation. Only certain “non-essential” functions were shut down.  Besides, states, cities and counties are operating as they have their own functions and revenue sources. Thus, the appropriate term would be federal government “slim down”.

Now, aside from the shutdown/slim down issue, the US government is also facing a constant or perennial debt ceiling issue. The US public debt is rising fast, the debt ceiling set by previous laws is being breached and so they have to pass new laws raising the debt ceiling anew, so that the government can borrow higher, mainly  to pay back old debts and give out more subsidies and welfare programs to its people, poor and non-poor alike.

The way the US government is borrowing endlessly and irresponsibly, with budget deficit of about $1 trillion a year, federal government alone, such practice must be controlled somehow. So the government "shutdown" is an inevitable thing to happen. The average Americans cannot be happy that their federal government has so much public debt, and ever-rising every year.

Figure 1. US Debt Ceiling or Limit 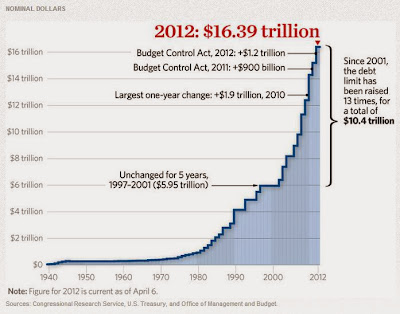 See that, the debt ceiling or limit has been raised 13 times since 12 years ago. The debt curve is getting steeper upwards.

There are many reasons or factors why the US federal government’s spending and public debt is rising fast. This chart is too glaring as one of those reasons and explanations: the number of Americans working and paying more taxes is declining relatively while those receiving social security disability insurance (SSDI) and subsidy is rising.

Figure 2. US citizens working vs those receiving disability insurance. 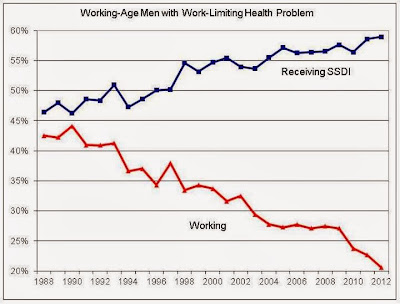 The US politicians and government officials may be thinking that that American taxpayers are endless ATM machines whom they can fleece with more taxes to pay these uncontrolled spending.

Governments should not become debt addicts, they should learn to live within their means. This is one of the more frank, more realistic assessments of the US government experience. Debts are not grants, they should be paid back in the future, not by current politicians and taxpayers, but by future taxpayers.

The above numbers show that there are more countries that have significantly reduced their gross debt as share of GDP. This is positive news.

Governments must resist populism and heavy welfarism, giving away one subsidy after another, as if the average citizens are idiots or lazy who must be given endless and forever subsidies and entitlements by the government just to survive.

Governments instead, must allow more room for the free market to fulfill certain social functions and expectations. Like job creation, raising labor productivity and hence, raising wages and benefits for the workers and their families. Producing more goods and services from the same number of workers,  entrepreneurs and machines.
-----------

Posted by Bienvenido Oplas Jr at 6:52 AM