Typhoon Haiyan, Some Stories of Courage

I am speechless watching the photos, reading stories, of death and destruction in several provinces in central Philippines when typhoon Haiyan hit them last Friday, November 8. Facebook and twitter are sizzling with various stories and opinions. I can't add much on these. I will just repost this opinion from an anonymous person, shared in facebook today by several friends. I just added photos from various online sources.
---------


(Personal account of a person who survived the Typhoon and does not want his name posted, made today) 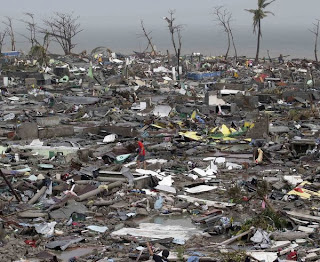 I wont be posting my whole experience as there's always some people who think they know better. But i do want to make things clear so you would have an idea what its really like being there.

1. Tacloban prepared for Yolanda, to say that they didn't because of the their casualty number is a bit disappointing. They had families already relocated in designated evacuation centers even before the storm it was just sad that those places were destroyed as well. 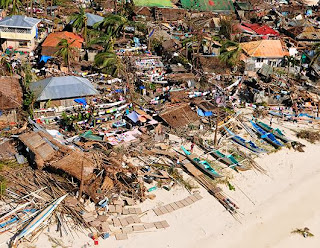 2. Don't go on thinking you know better by saying they should have left the seaside. Im not enitrely sure but even near the heart of the city there are sandwiched cars my guess is the water went as far as there when it hit. 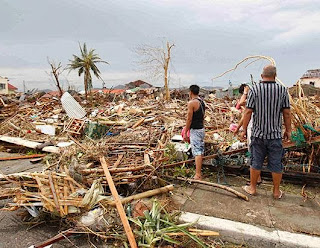 3. Step down your high horse from time to time. Dont be so quick to judge looters, i was looter. I looted medecine for the red cross, milk and food for the children. Walked 4 hours and dug into 2 foot empty plastic bottles to get at least something to drink and bring back some. The people who took flat screen tv's were the same people who offered to give me a drink and some lugaw. Those who looked like ex-convicts offered me something to eat. Almost all the time they are willing to lend a hand when you said you really need something. What they didnt show on the news was how people were helping each other amidst the catastrophe. 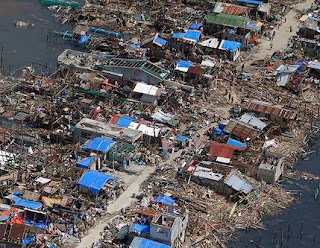 4. These tv personalities and politicians majority are a piece of shit. Mar Roxas and his body guards never helped us retrieve families trapped on the cottages on the hotel that we were staying or assisted in helping the wounded. They just walked around clean tidy as if they couldnt be bothered. Ted Failon ate a hearty meal while some children barely had anything to eat and slept in comfy beds while children slept on marble floors. Love Anover panicked and asked us to go downtown to get military assistance like they were someone special. You dont hear those on the news do you? its all about what was recorded on the shot. 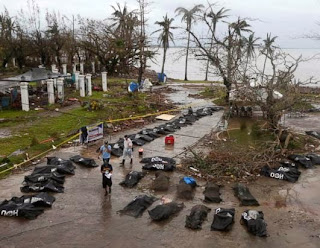 5. It might look like chaos i guess that's what they want to show you, but there are police patrols, i personally went to the police station and ask about the rumors of hostility, they told us that its not true as they have not received any news about it. dont think for once that they are not doing their jobs, their manpower is spread so thin why? Because some of them are dead. 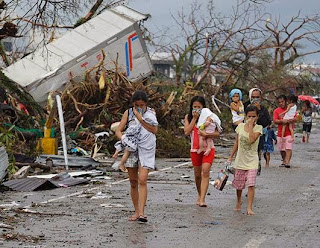 6. Dont for once think that everyone hungry is hostile. Dont you dare think like "oh im trained, oh i have seen this happen somewhere, oh its going to happen here" its not a movie. People just want someone to talk to, hear their story ask them how they are, i found out that listening to what they have to say helps them and it helps you. 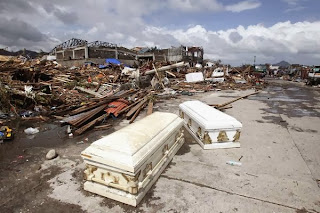 7. There are no zombies. You can talk to the people sometimes you would be surprised as to how they can help and how much they are willing to help. 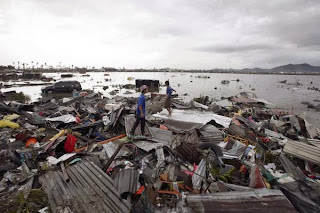 8. No one is special. You might have the best training, equipment, plans or what have you. At the end of the day youre one of them, you are in the same situation as them, to think otherwise. Is i think quite foolish.

9. To think its always going to be this way is foolish as well. Im counting 3 to 4 days if relief and resources cant make it, it will be chaotic. 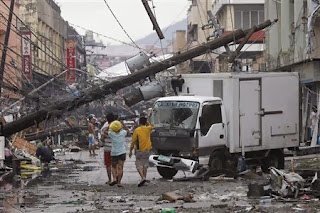 The more you find, the less you lose... find something in each person that you meet.

I am no expert, again theres going to be someone here who has tons of things to say because of his knowledge or expertise. This is what i experienced, im not a victim nor a survivor, but for 5 days i was a citizen of Tacloban.

This will be my last post about what happened.
Posted by Bienvenido Oplas Jr at 8:09 PM