Demography 20: Presentation at ILS, DOLE, on Population and Growth

Yesterday, I was one of three speakers in a forum by the Institute for Labor Studies (ILS) of the Department of Labor and Employment (DOLE) on "From Challenges to Dividents: A New and Healthy Discourse on Gender, Employment, Population and Development" held at The Bayleaf Hotel, Intramuros, Manila.

Special thanks to a friend, Bryan Balco, focal point person of ILS on Gender and Development (GAD), for inviting me. The two other speakers were Dr. Juan Antonio Perez, Executive Director of the Commission on Population (PopCom), and Dr. Ramon Benedicto Marcelino, Director for Research, Planning and Development Center, San Beda College, Manila. 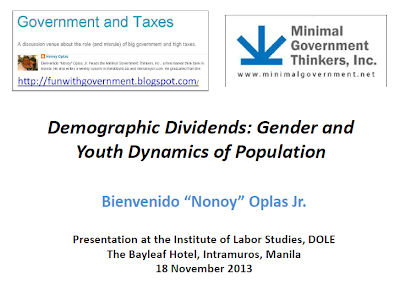 My 24-slides presentation is available in slideshare. It is composed of four major points: (a) Demographic deficit, demographic dividends; (b) Some say that big population is scary; (c) Labor and gender issues; and(d) Concluding notes.I am showing half of those powerpoint slides here. I started with Barun Mitra's slides when he gave a talk here in Manila sometime in 2011. 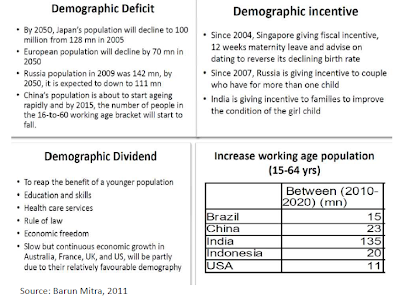 One  illustration on young vs. an ageing population. 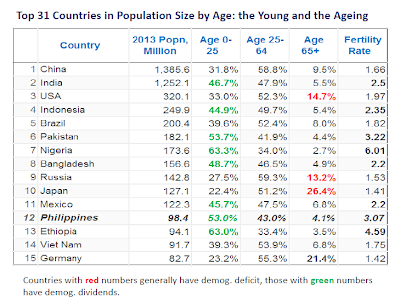 I showed two charts from a report made by S&P last March. 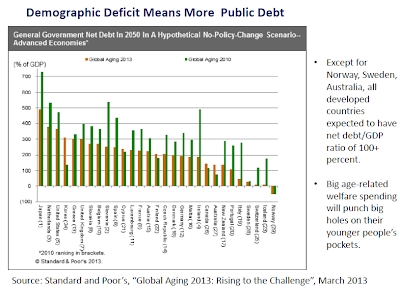 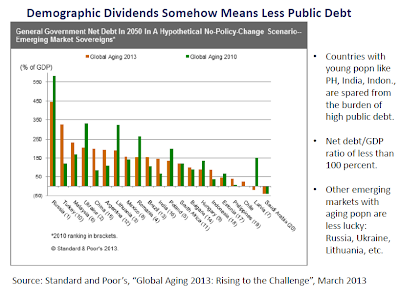 I also mentioned that the high public debt, high spending by the governments of the rich world, are among the main causes of economic uncertainty in those countries. 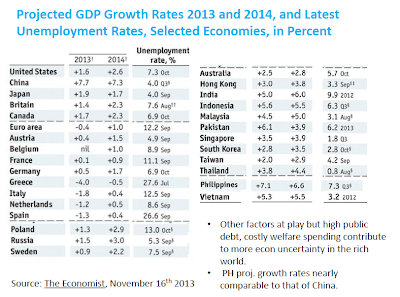 One table showing the Philippines is far from the the threat of an ageing population. 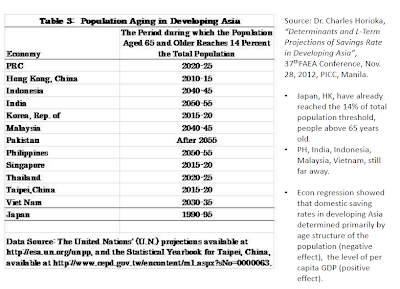 Back to theory and graphical illustrations. In a hypothetical situation where government intervention is not present. 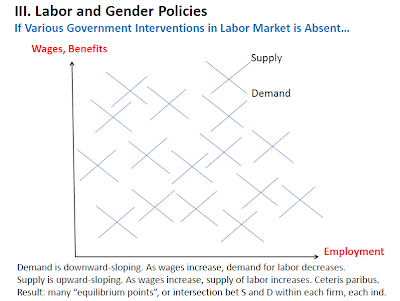 Of course such scene is not possible here and in practically all countries in the world. Governments do intervene too often in the lives even of peace loving citizens. 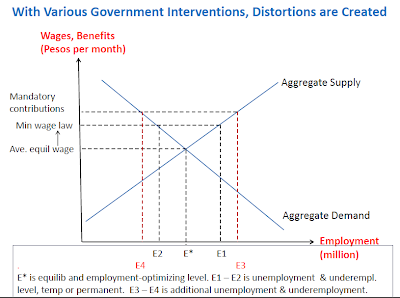 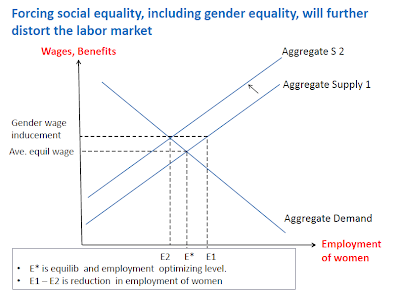 Among my concluding notes... 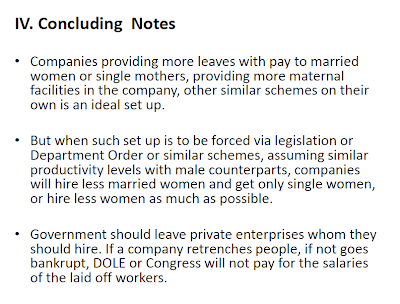 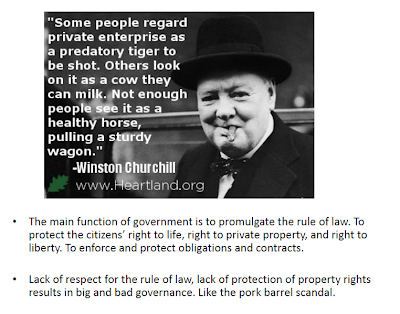