I am half a century old already and will soon become a “dual citizen” in a few years. That is, a Filipino citizen and senior citizen J. This plus the politics of government interventionism in the name of “helping” the senior citizens slowly get my interest on the literature of ageing.

Last October 29, 2013, I attended a forum by the Retirement and Healthcare Coalition (RHC) on the Ageing Market at Diamond Hotel, Manila. 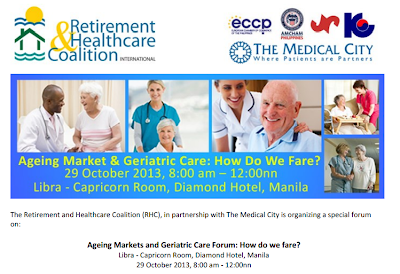 The speakers and their topics were the following:

“The Geriatric Market from a Hospital's Point of View”
Dr. Marc Evans Abat, Head, Center for Healthy Aging of The Medical City's
Center for Wellness and Aesthetics 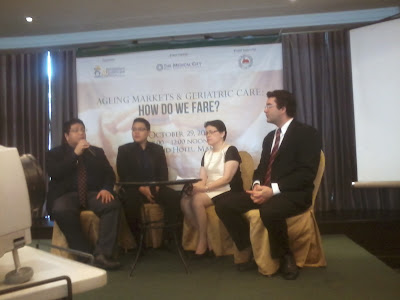 The Philippines has about 7 million elders aged 60 years old and above in 2011, and this sector is projected to increase up to  nearly 14 million (NCGH estimate) or nearly 20 million (RHC estimate) in 2040, a big number. The more substantial presentation came from Dr. Ramos of the NCGH. Among the information he shared were the following. 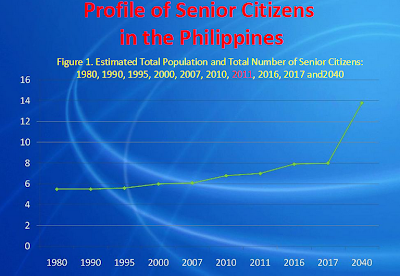 Major diseases that affected the elderly in the Philippines as of 2007 were arthritis, hypertension and cataracts. 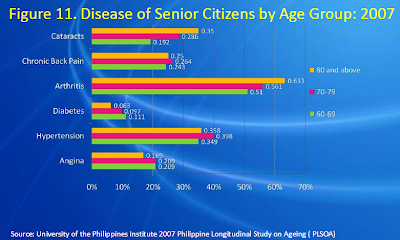 His presentation was substantial, lots of useful macro data of the senior citizens sector. 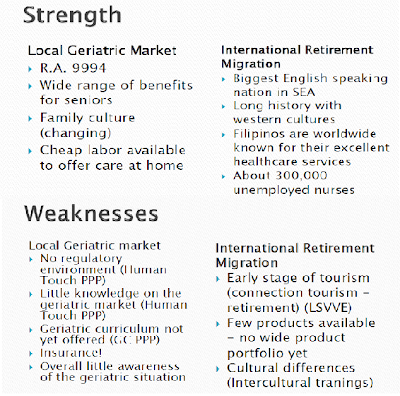 The Germans and other Europeans are interested in tapping some Filipino healthcare talents to help take care of their ageing population. But they require highly-trained Filipino health professionals. 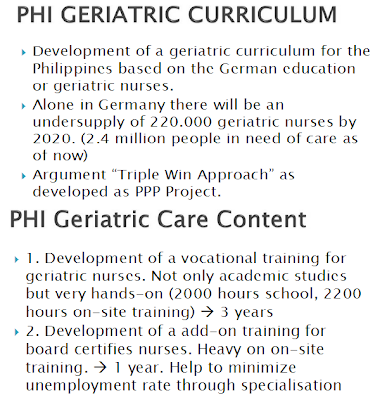 The Philippines has a unique role in the global geriatric market because it has a big and generally young population with an average age of only about mid-20s. Thus it can help supply the necessary healthcare professionals to countries with high elderly population like those in Europe.

The PH government since more than a decade ago has embarked on price intervention by legislating mandatory price discounts to the elderly by various private enterprises. It is 20 percent forced discount for the senor citizens in all drugstores, hospitals, restaurants, fare in airlines, bus lines and shipping line, etc. Another 12 percent VAT that private enterprises absorbed from suppliers but cannot be passed to senior citizens makes the forced discount at 32 percent or nearly one-third the price of various goods and services.

Price intervention is price dictatorship. It is an ugly characteristic by many governments. I believe that the law on benefits for senior citizens should be drastically amended, if not abolished. Let the private enterprises offer discounts or other privileges to the elderly on their own as a result of competition among themselves. Or if such forced discounts must continue, then it should apply only to the poor, not to all senior citizens including the richer ones.
--------------