Zero government, zero taxes, then what?

This is a question posed by a physician friend, DiVa, in one facebook group, the “University of the Philippines Libertarians”. There was no direct reply from the person being asked.  I responded with the following. 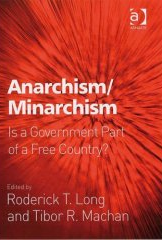 Hi Divs, I'm a minarchist and never a fan of anarchy or zero government. Your questions are straightforward -- zero govt, zero tax, now what will you do if you are the person that the community looks up to?

Coercion and taxation is inevitable. You abolish any form of government today, you create one tomorrow. Why?

I support the citizens' right to bear and own guns, for their own protection, for a hobby,  other reasons. Getting a gun is ok, allowed, with only one condition – a person must belongs to a gun club. There may be many gun clubs in the area, so there is choice where and whom to join. The purpose of requiring people to join a gun club is to instill discipline and accountability.

A shoots B because he got drunk, or B's videoke is too loud too often, or B has been spreading rumor about A’s wife and so on. Then A flees. Who will haunt him? Not a government police or army, but his gun club mates, the people who know him well, know where he lives, works, takes vacation, know his other friends, etc. The prospect of his own gun cub mates haunting him if he does something stupid will instill discipline among gun owners.

Now a gun club, a voluntary organization, must have some by-laws, system of reward and punishment within, like kicking out members who do not pay their annual dues, or who spread rumors and cause disunity among members, etc. So there are (a) elected officials with term limits, (b) support staff doing full time work for big gun clubs, call them appointed bureaucrats as club officers are busy with their work or business, and (c) mandatory, forcible collection of dues and other fees. Non-payment of which will merit some penalties like being kicked out of the club.

See the pattern? The minimum characteristics of a government, points (a) to (c) are already there. A gun club is a “micro government”.

Now suppose person A from gun club 1 (A1) shoots and seriously wounds or kills person X from gun club 2 (X2). From the investigations, club 1 says A1 is correct in his action as a form of “self defense” while club 2 says X2 is innocent as he did not provoke a fight and A1 should be prosecuted. Gun clubs 1 and 2 are ready to shoot each other to defend and protect A1 and X2 respectively. Wild west type of shooting? No way.

Hundreds of gun clubs will put up a federation of clubs, say average of 100 clubs per federaton, and clubs 1 and 2 belong to Federation Y. Officers of Y will be the judges or referees in this dispute between 2 gun clubs and settle the dispute peacefully so that they don’t shoot each other in endless vengeance of “ubusan ng lahi”.

Now each federation again will have (a) elected officials with term limits from among the officials of different gun clubs, (b) appointed staff or bureaucrats who will provide full time admin and secretariat work for the elected officers , and (c) require annual dues on top of club dues that must be paid by force and coercion to sustain (b) and logistical support and even modest honorarium for (a) as they go around each club to sustain camaraderie and harmony.

Again, the three minimum components of government, points (a) to (c) are present, and we might call it “small size government”, a federation of micro-governments.

Suppose someone from Legaspi City shoots some guys from Baguio City and these folks belong to different clubs and different federation of clubs. From initial investigations, the Federation from Legaspi says its member acted in self defense while the federation from Baguio says that person clearly acted offensively. Now there is a dispute between two or more federations. There is a need for a higher form of judges or referee, otherwise this and other disputes in the past between 2 or more federations can blow up to something big and result to a bigger shooting war. 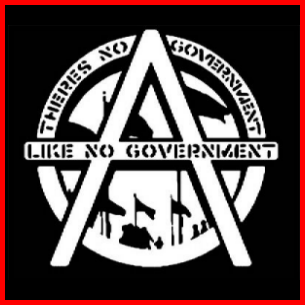 Anarchists can call it with whatever term but the elements of coercion (dues or tax collection) and formal structures (elected and appointed officials) ala government are there.

From zero government back to small or limited government.

That is why a “zero government” is a pipedream, a fiction. There is big difference between this limited government and BIG governments as we see and know now. This limited government will have no Departments or Ministries of Agriculture, Agrarian Reform, Environment, Labor, Economic Planning, Social Welfare, Public Works, and so on.  That limited government has only one primary function – protect the citizens’ right to life, private property and liberty.

It may have only three to five national agencies perhaps:
1. Department of Finance to collect only one or two type/s of tax or annual dues.
2. Department of Foreign Affairs to represent the country in some international diplomacy and dispute issues, also help protect its nationals abroad.
(3. Department of Health limited only to dealing with infectious and communicable diseases and pediatric diseases. Zero program to deal with non-communicable diseases (NCDs).
4. Department of Education focused on elementary education only, and education of special children, those with mental and physical handicap.
5. Judiciary as final arbiters or judges in disputes among people and their private enterprises.

That kind of limited, minimal government with minimal function and bureaucracies is possible. A zero government is fiction.

Disputes start small, get bigger and then need intervention by a bigger authority. Even if we assume that 99 percent of all people are rational and only 1 percent are irrational and belligerent, the rational majority cannot just impose arbitrary disciplinary measures on the irrational minority, say forcing someone to jump off a cliff. The system of rewards and punishment should be transparent, is written or codified and is known to all, so that arbitrariness will not happen. People will know exactly what will happen if they violate those very few prohibitions in society. Like prohibitions of murder, stealing, abduction.


People have the option of course not to own guns and hence, are not obliged to join a gun club. They can join any of those voluntary organizations and civic clubs or sports clubs.