I received this warm, friendly and well-written farewell letter today from Rainer Adam. I have met him first time -- along with many Friedrich Naumann Foundation for Freedom (FNF) officials, Asian free marketers and friends -- in 2004, 10 years ago in Hong Kong, for the Economic Freedom Network (EFN) Asia conference. After that, I would meet him yearly except in 2007 and 2009, for the annual EFN conferences or some FNF major events here in Manila. 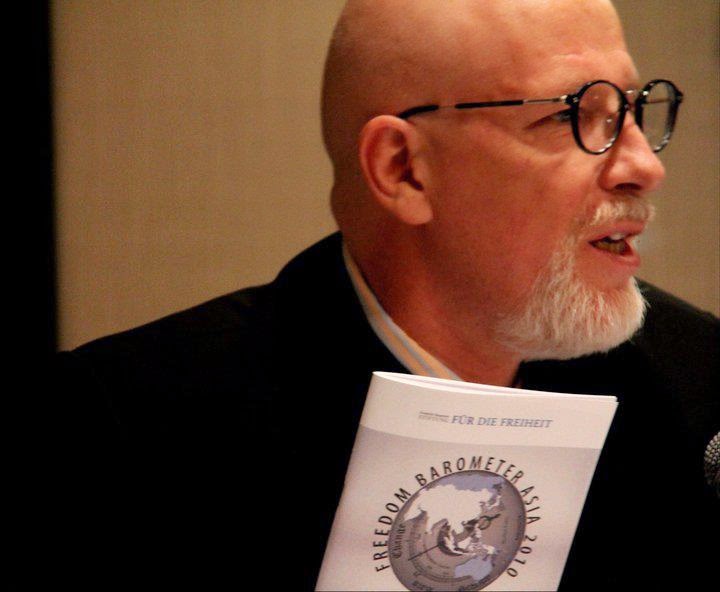 Cool guy, always smiling. When I first met him in 2004, I immediately thought that he looked like Eric Clapton, among my favorite rock stars.

I am very thankful to Dr. Jo Kwong, the former Vice President of Atlas Economic Research Foundation, for bringing me to the EFN conferences in 2004 to 2006, even if Minimal Government was still not a member of the network. We became EFN member only in 2009 I think. If Jo did not bring me to the 2004-2006 conferences, Minimal Government may not have been part of the EFN and the Asian free market network, I don't know.

Rainer, good work. No. Rather, excellent work.
Siggi, expect the same support and friendship from us.
It's all about Freedom. And free trade, rule of law, personal responsibility and limited government.

To all FNF partners,

Some of you already know that this year in June my term as the Regional Director for Southeast and East Asia of the Friedrich-Naumann-Foundation for Freedom will come to an end. After six years in Thailand and over 26 years of living and working in Asia, the time has come for me to say goodbye to you.

From September onwards I will take up my new position as FNF Regional Director for Central-Southern- and Eastern Europe in Sofia, Bulgaria. The place may be a different one; however, the goal stays the same: to promote freedom, liberal values, human rights, free trade, democracy and the rule of law.

I would like to take this opportunity to express my appreciation and gratitude for your support, friendship and cooperation during the last six years. Without your help the Foundation would not be where it is today, a trusted member of the Asian freedom community.

During my time in the region, I had the good fortune to witness many exciting developments. Let me share some of them with you:

* A major highlight of 2010 was the election victory of the Philippine Liberal Party (LP). Together with a delegation of the Foundation, I had the chance to witness President Noynoy Aquino’s celebratory inauguration in Manila. President Aquino kept his campaign promises. Today, the Philippines shows significant economic growth and a reduction in poverty. The government is fighting corruption and promoting people centred development.

* 2010 also marked the beginning of Myanmar´s journey towards democracy. After years of military dictatorship, President Thein Sein implemented a number of remarkable reforms: most political prisoners were released, opposition parties can participate in politics, markets opened up and the population enjoys a whole new set of civil liberties. The Foundation has supported democratic developments in the country for many years. Therefore, the opening of the FNF office in Yangon in 2013 was a natural development and a special milestone in our work, marking our long-term commitment to promoting freedom, human rights and the rule of law in the country.

* Myanmar was not the only office opening I witnessed. One year before, in 2012, the doors to the new FNF Vietnam office were opened in Hanoi. Philipp Rösler, at that time German vice-chancellor and minister for economy, gave the inaugural speech and honoured us with his presence.

* Liberal forces become increasingly visible in our region. In 2011, the Liberal International (LI) Congress in Manila was the first time this important gathering of Liberals from all over the world was held in an Asian country. Manila is also the home base of the regional network of Asian liberal parties, the Council of Asian Liberals and Democrats (CALD). The network is constantly growing. In 2012, the Mongolian Civil Will and Green Party was accepted as the 10th member party.

* Our regional partner in the promotion of human rights, a field of utmost importance to us liberals, the Regional Working Group for an ASEAN Human Rights Mechanism (RWG), has made good progress in its advocacy work.

* The Economic Freedom Network Asia (EFN) was able to hold annual conferences to discuss important topics of economic freedom, and bring political decision-makers and analysts together to foster better mutual understanding of the benefits of free trade, economic growth and free markets.

* Furthermore, I am proud that some of our programs – namely It’s all about freedom (Philippines), Dream Thailand and SIM Democracy (both from Thailand) – were included in the best practice manual of the Council for a Community of Democracies.

* Our Freedom Barometer Asia has become a well-established analytical framework and tool to measure freedom in the region and to stimulate debate and conversations about concrete policies increasing personal liberty and individual responsibility.


Despite all the successes, many challenges remain. A lot of countries in the region still lack the enforcement of the rule of law, have a poor human rights record or are economically underdeveloped.

* North Korea for example is virtually sealed off from the rest of the world. The government´s refusal to adhere to the most basic democratic principles is of great concern.

* Malaysian politics are dominated by conservative religious leaders and interpretations of Islamic teachings that do not treat men and women equally. The opposition coalition has nonetheless done well in recent years and mustered more than 50% of the popular vote in the last national election.

* In Cambodia, government critics are hardly tolerated. However, the strong public support for the newly formed opposition alliance, Cambodian National Rescue Party (CNRP), gives reason to hope for a more balanced political power structure and representation of the people´s will. The Foundation has supported the political actors in today’s CNRP for many years. 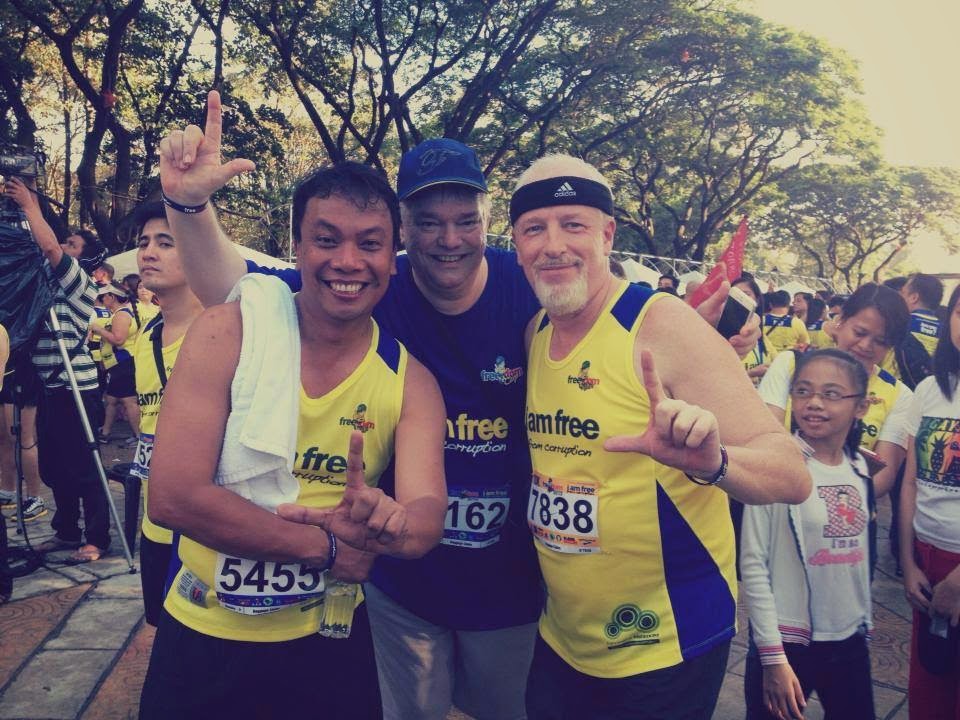 * On top of all these “man-made” problems, the Asian region is very prone to natural disasters and negative impacts of changing climate patterns. The devastating floods in Thailand in 2011 or the powerful typhoon Yolanda in the Philippines 2013 remind us that we may not always be able to prevent such events. However, we can identify and pursue liberal answers for disaster preparedness and response. The CALD climate change programs are first steps towards an Asian Liberal Climate Change Agenda.

To summarize, I and the FNF colleagues in the region can proudly look back on many achievements towards more freedom in Southeast and East Asia. I am thankful for all the experiences I made and to all the people I met on the way. I am convinced that my esteemed successor, Mr. Siegfried Herzog, will do his utmost to continue our mission for more freedom and democracy in Southeast and East Asia. Mr. Herzog will resume his work at the end of August 2014. Please extend to him the same trust you have extended to me.

I go with a heavy heart, a laughing and a crying eye as we say in German. Once again, I thank you for your trust, your support and your friendship. I hope that our future paths will cross again. I wish you and your work all possible success. In your private lives I wish you and your families’ health and happiness.