The essence of civil society is volunteerism, helping other people without coercion and mandatory action, with penalties if people will not help. The latter is the mark of uncivil society, where people are told what to do, and be penalized if they do not do what they are told to do. Rotary and other civil society organizations regularly show this spirit of civil society.

Our Rotary Club of Taguig Fort Bonifacio, RI District 3830, had a wonderful partnership with another club from Germany, the Rotary Club of Koln-Ville in Cologne. The latter's Club President, Stephan Zilkens, wrote to our Club President, Meann de Leon, asking how they can help some fishermen in Laguna Lake which they saw and read, were badly affected by a strong typhoon last year. Our club President replied to him, and the partnership was established. 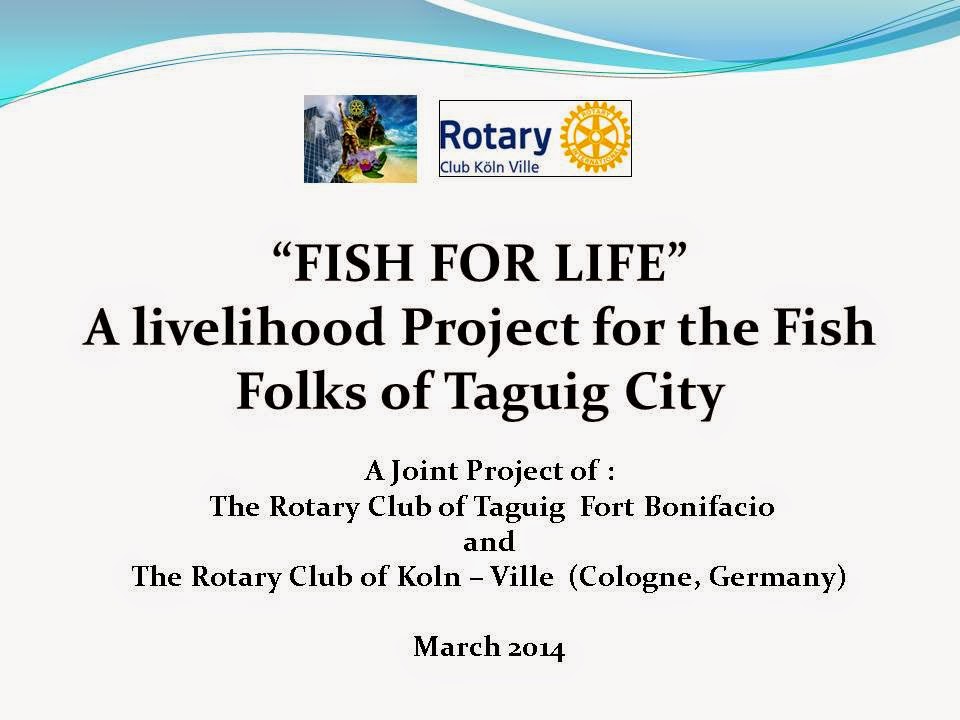 Club Secretary Patty Mangundatu-Michener was a great partner to President Meann in identifying the project location, beneficiaries and local (barangay and city) officials who can make the project implemented quick. 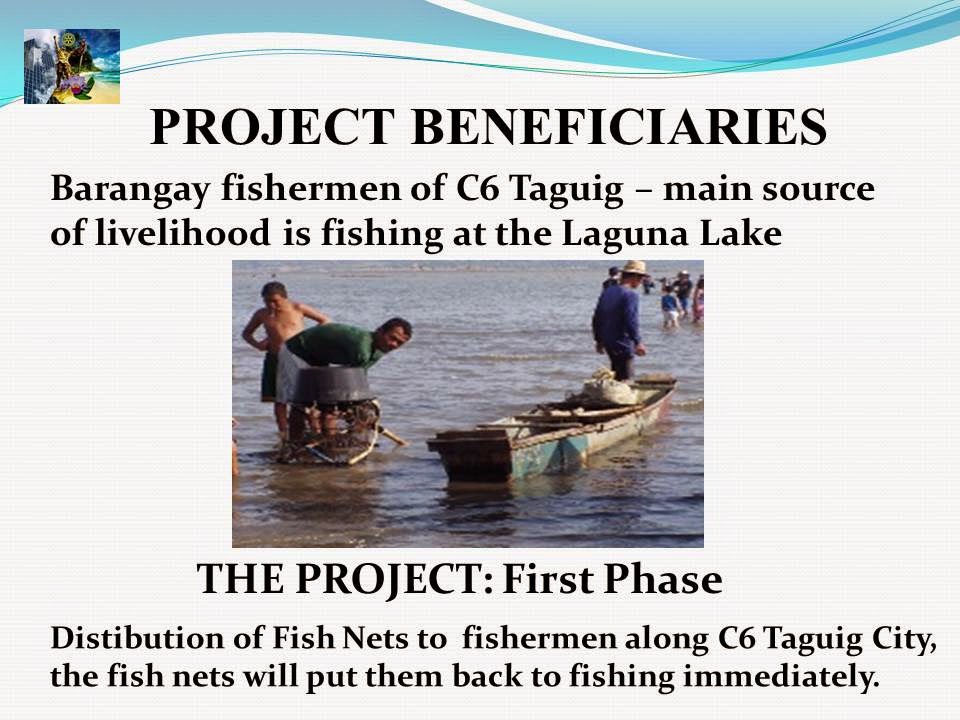 It is a two-phase project. First the distribution of fish nets to affected fisherfolks, and Second, a knife fish processing, for the spouses of fishermen. 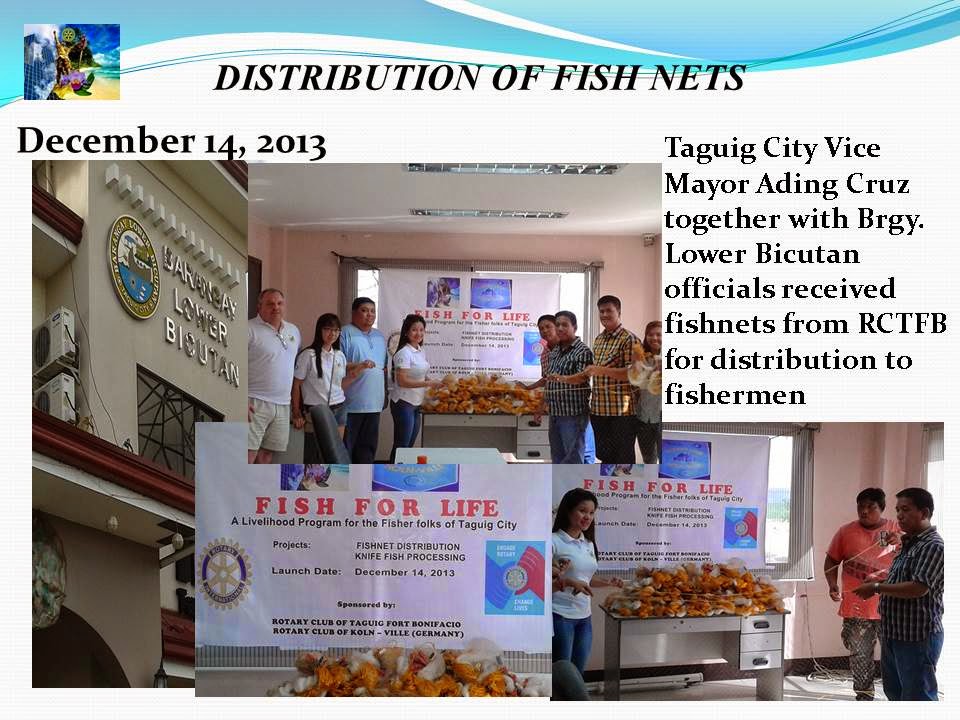 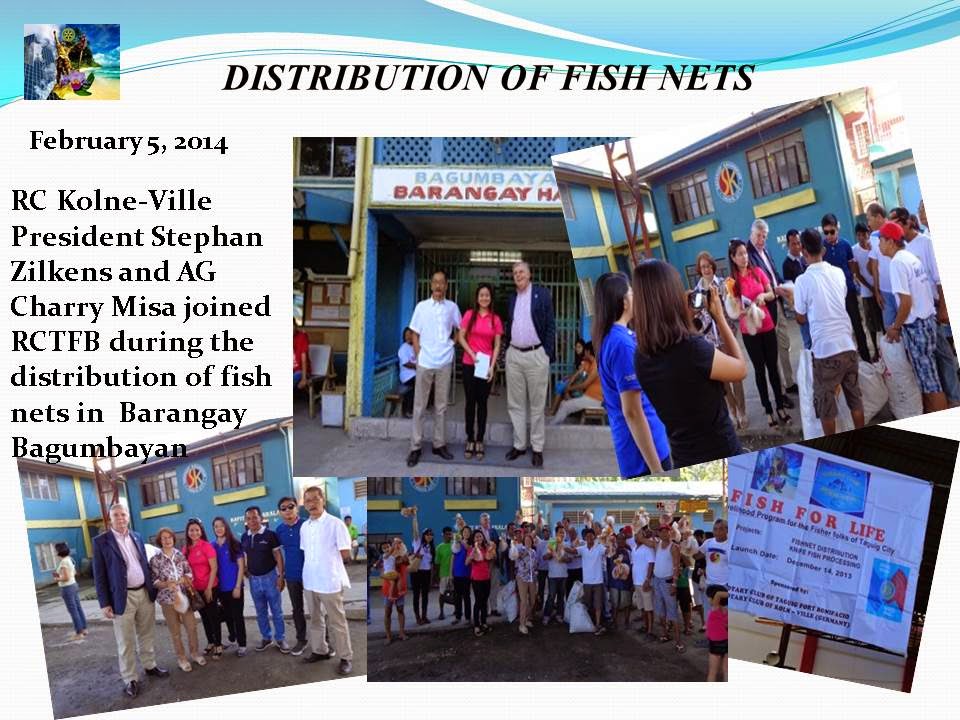 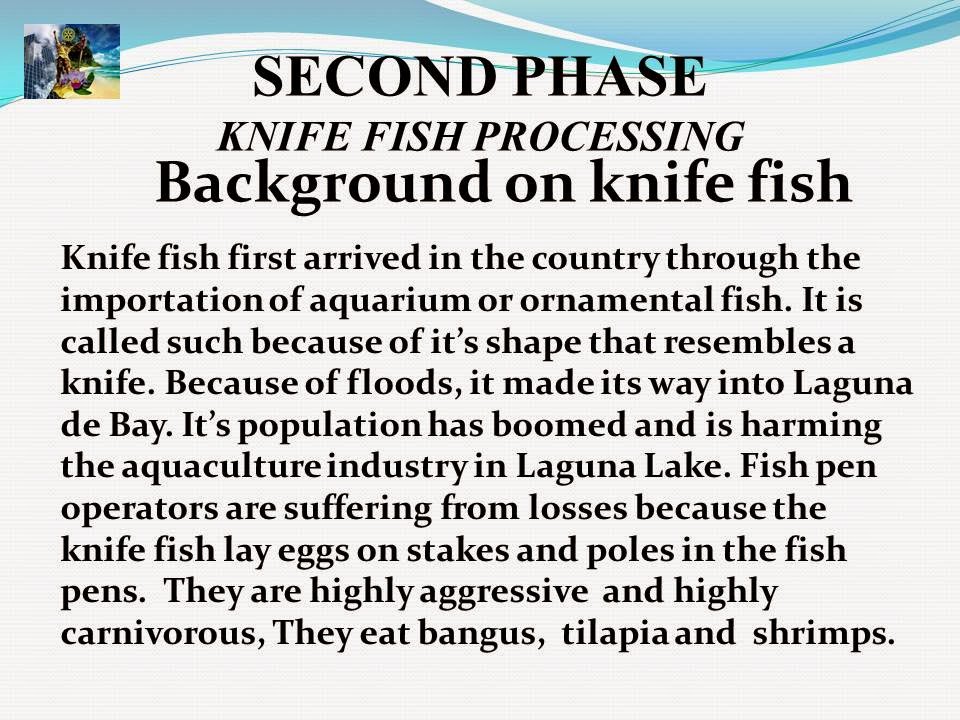 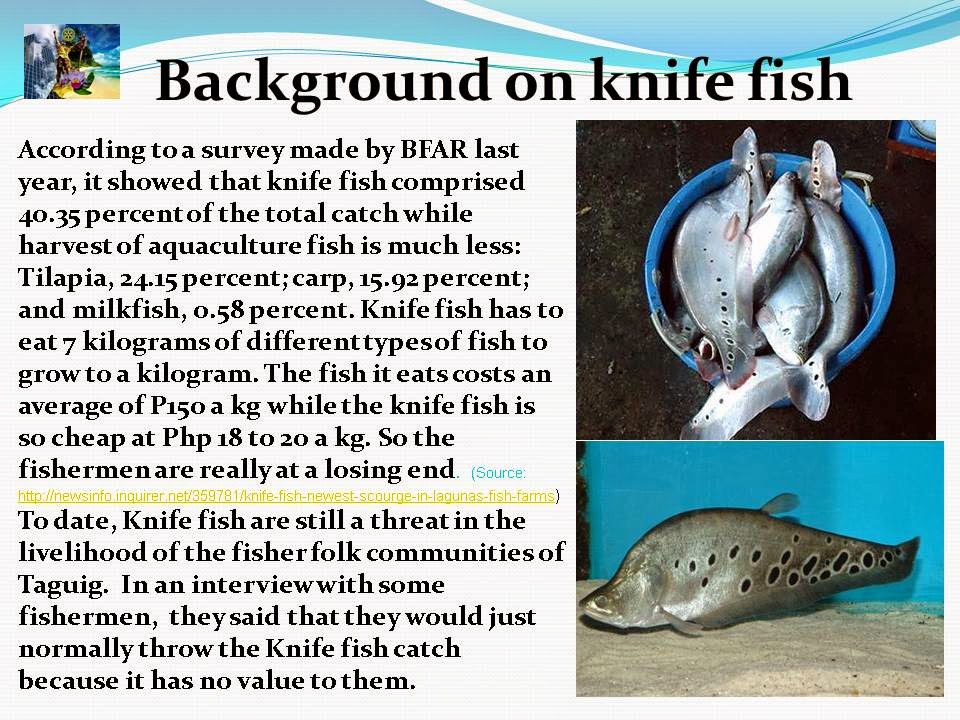 The good news is that knife fish is edible. It doesn't have to be thrown away, it can be processed into fish products like fish balls, fish patties, fish dumplings, fish nuggets, fish longanisa, fish hotdog and some other fish meals that one can think of which can be sold in the market. 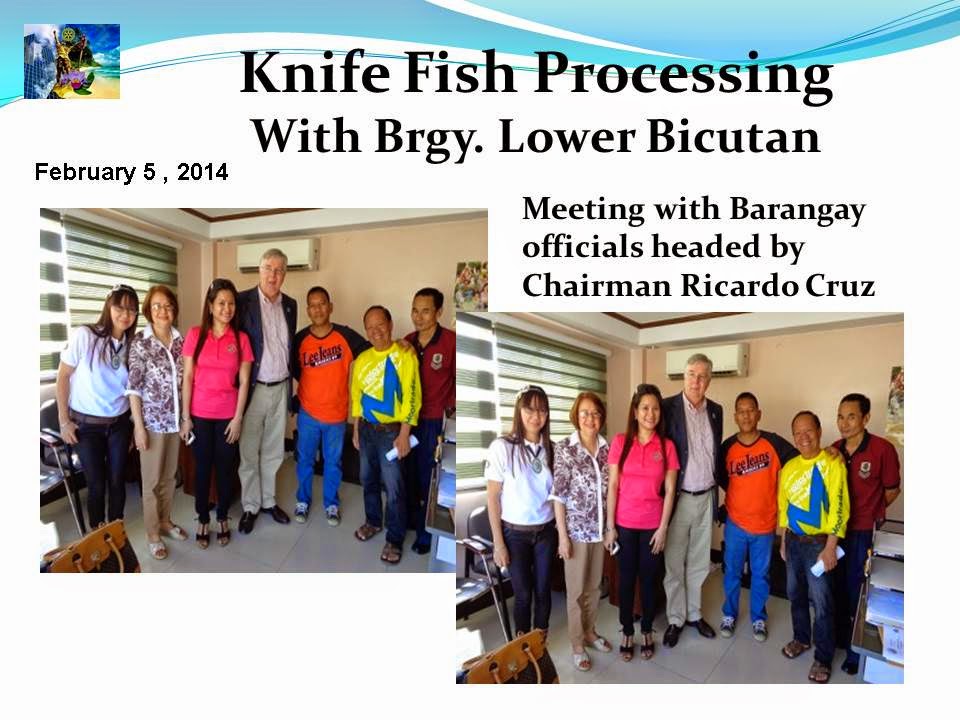 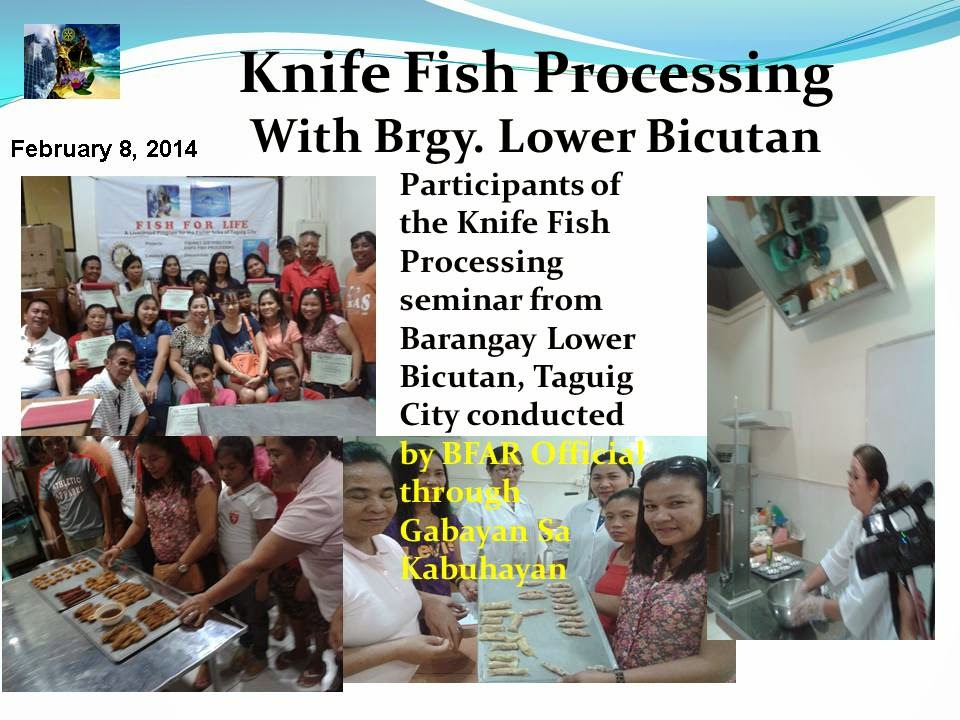 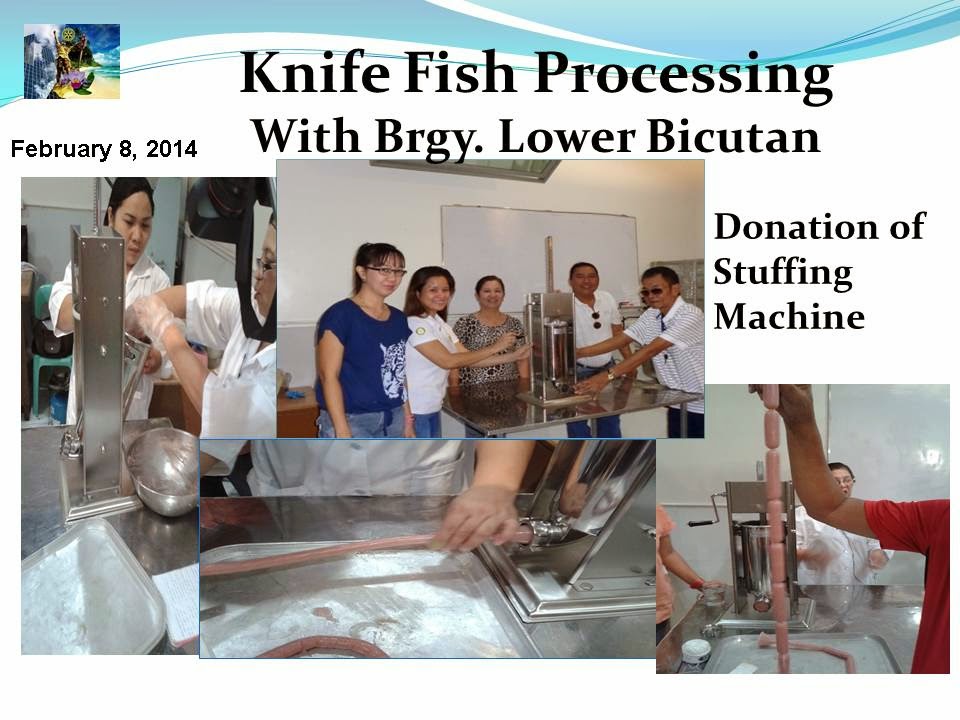 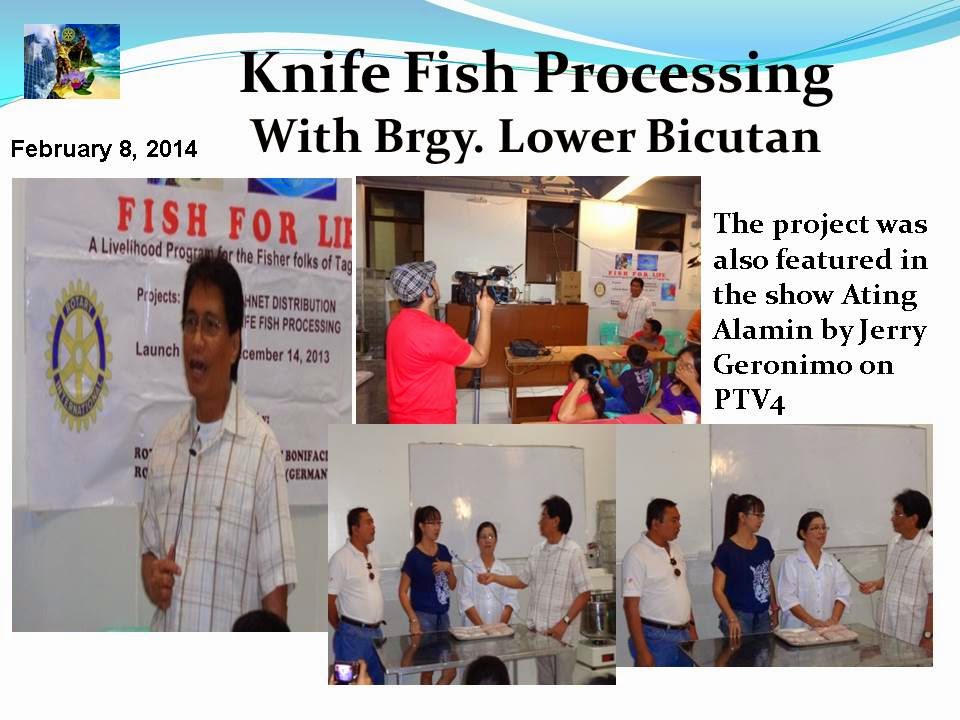 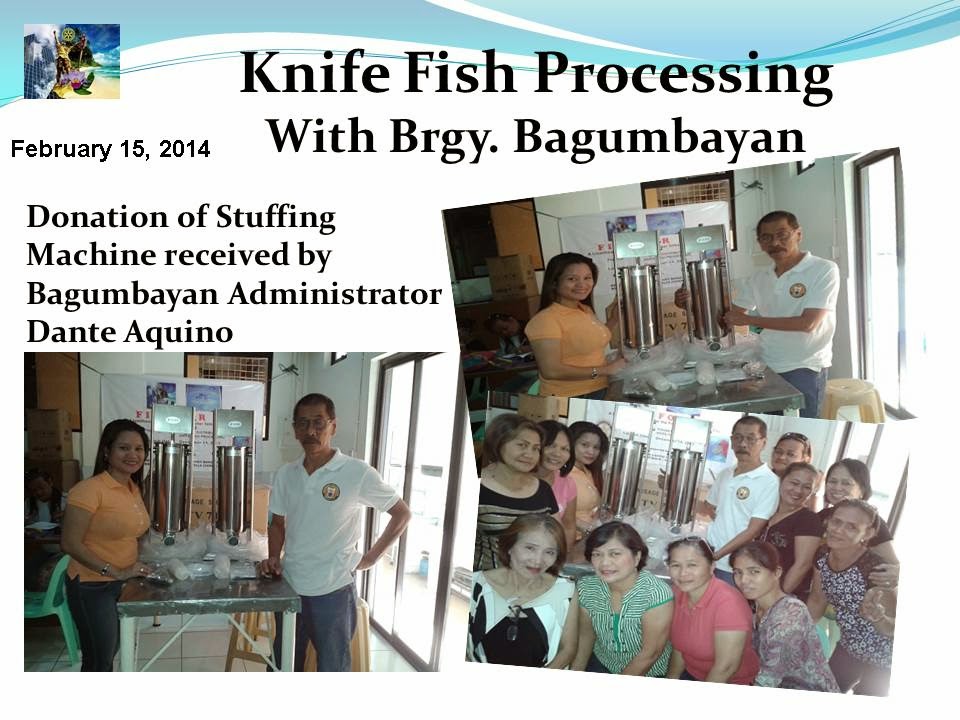 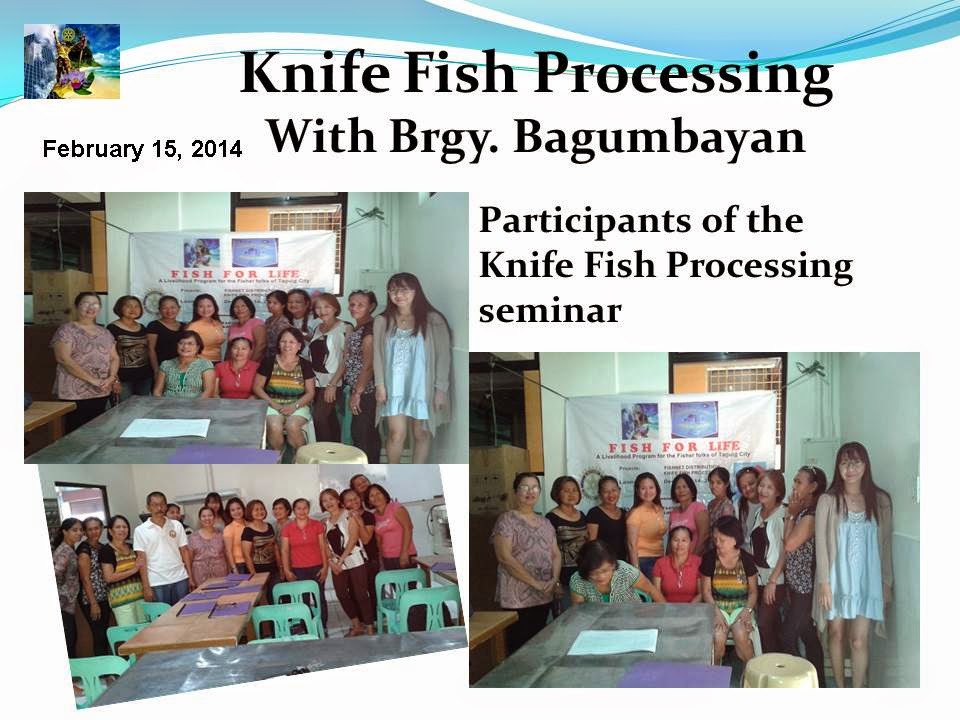 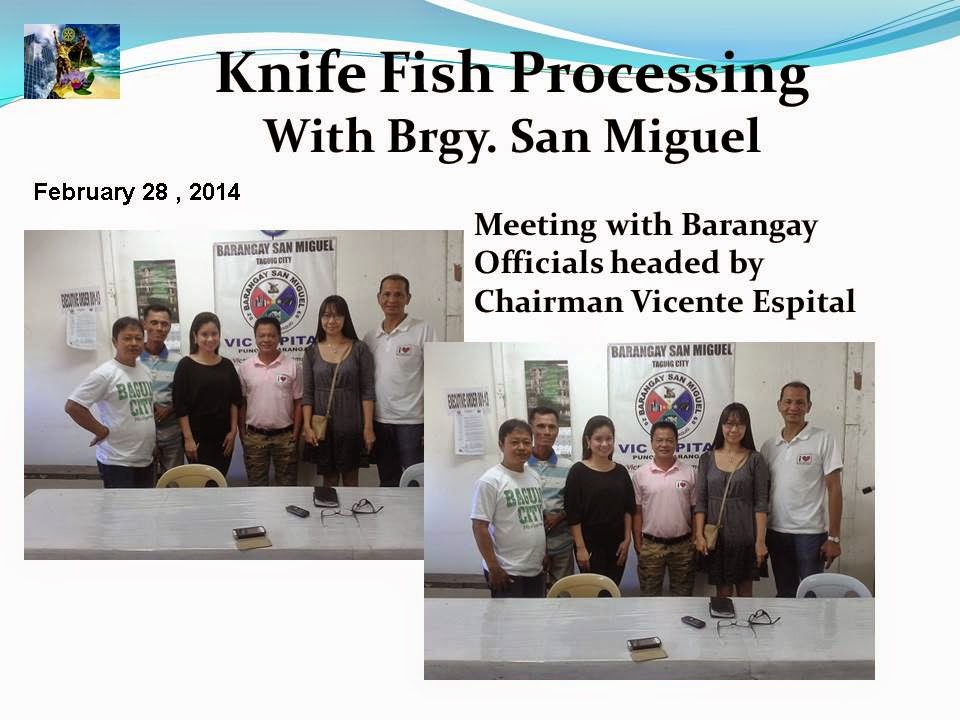 This project has not only helped address the issue of the increasing population of Knife fish in the lake but also provided sustainable livelihood for the fish folks of barangays along C6 Taguig. 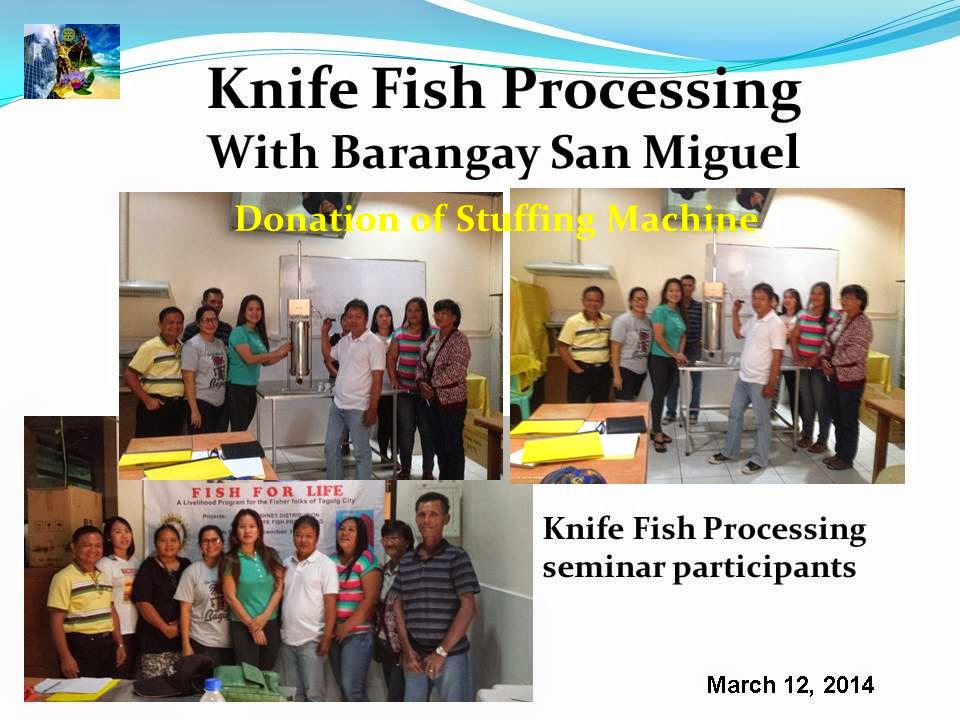 Kudos to Presidents Meann de Leon and Stephan Zilkens for a great project, great partnership. You have shown once more what Rotary is -- Service above self.
-----------