It's "Father's Day" today, our day, cool. And two friends, Jimmy Fabregas and Ces Quesada, the wacky anchor news guys of the old Sic O'Clock News, have a photo of the gang in their facebook walls, so I thought of producing Part 2 of the Sic gang Part 1 which I wrote three years ago.

There is one youtube clip of Sic O'Clock. It should have been shown sometime in 1990, when the Senate was debating whether to renew the stay of American military forces in Subic Naval Base. The Americans voluntarily left and abandoned Clark Air Base after a very strong Mt. Pinatubo volcanic eruption. The entire base was covered by thick layers of ashfall, several meters thick of soil and rocks, and later, became mud and lahar.

Below, Jon Achaval acting as Uncle Sam, and Ces Quesada acting as Presidentita Cory Aquino, talking about the negotiations about Subic base renewal. 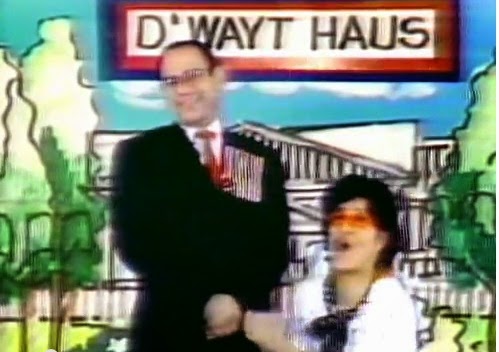 The photo posted at Jimmy and Ces' fb walls today. 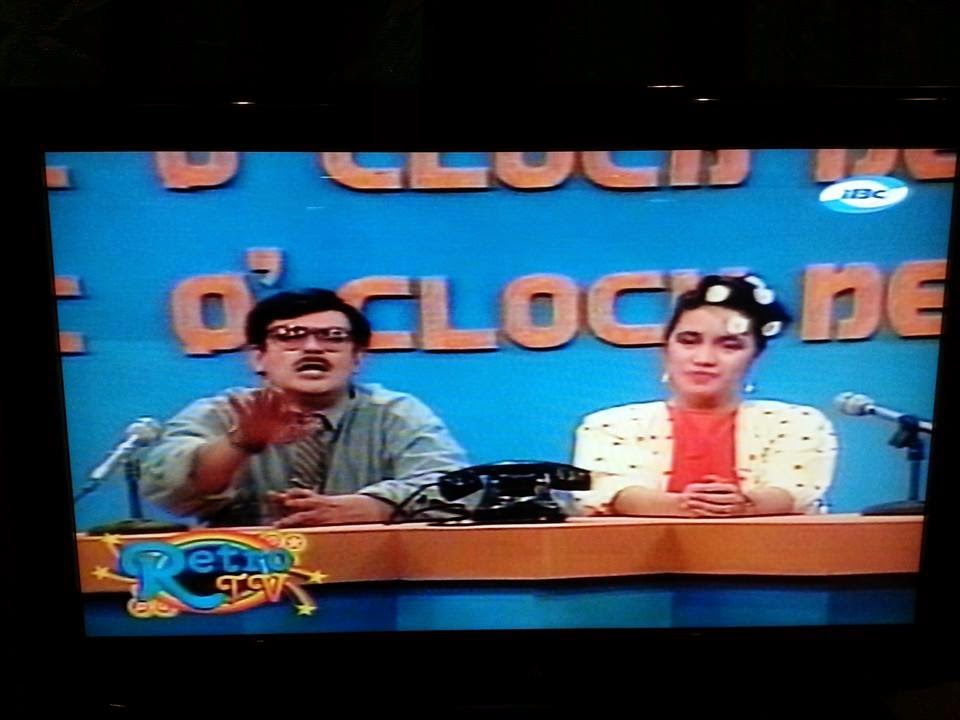 In another episode from the same youtube clip, it featured a rally by some guys asking for rice price hike. Yes, price hike, not price cut. Jimmy was the reporter, the cast as the rallyists, in front of Malakanyakanyang (Malacanang) pala. The cast would laugh whenever Jimmy would say "comprador" or rice traders, and they would look somewhere else when Jimmy would say "rice farmers". All along, the reporter was thinking that he was interviewing farmers. The guys were actually compradors. Very wacky story, from wacky script writers Mads Lacuesta and Jobart. 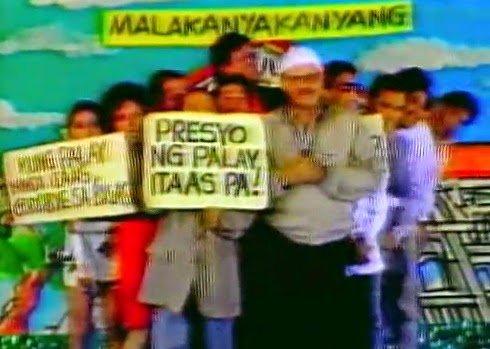 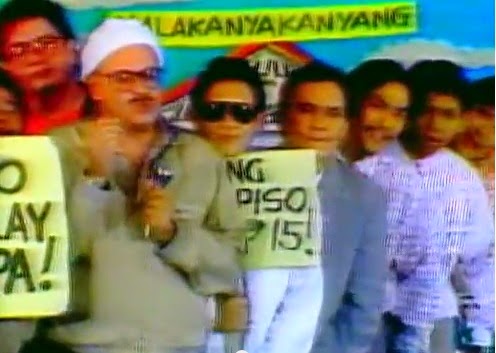 Another episode, still on the bases retention debate. Wilson Go and Manny Castaneda. 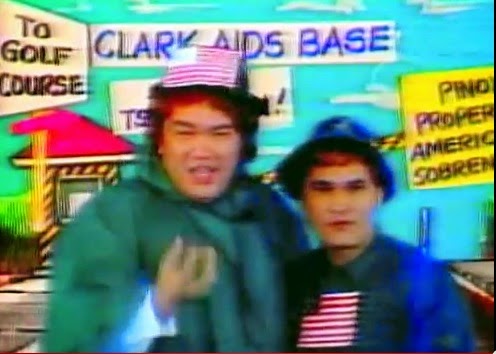 We have a facebook group, Sic O'Clockers. It's a close group, composed of the surviving cast and support team of Sic. Main writer, very wacky Mads Lacuesta (RIP) is represented in the gang by his son, Sarge. Nonong Buencamino was our ever-reliable musical director. Vincy Lirios was our wacky video researcher, he and his buddy, Jun Segovia (RIP) would find video clips from different movies or cartoons and put them as spoilers in the news clips. Vinch and Jun would spend many hours looking for the most appropriate video clips. 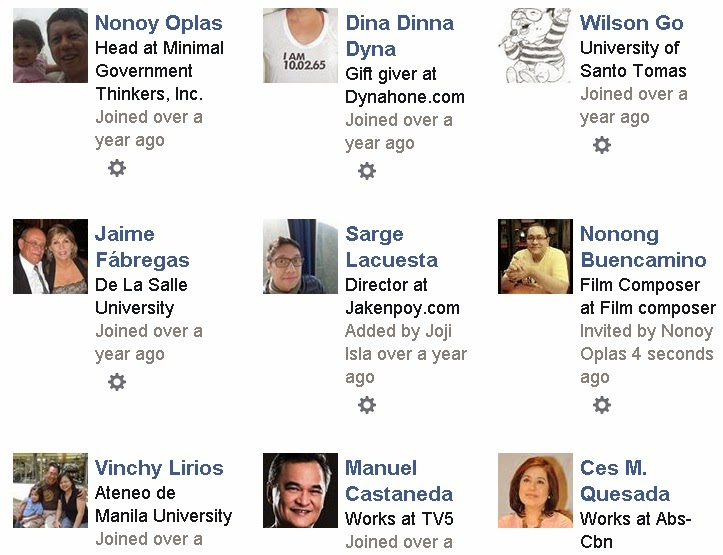 Marilou Diaz-Abaya of course was our Director and gang mother. While Mads Lacuesta and Jobart Bartolome would write the script, it was Direk Marilou who would think how to make the acting wacky, errr, wild. RIP Direk. Anthony "Noni" Buencamino also belatedly joined me in Sic; he's the younger brother of Nonong. I was not able to join the early cast with Pen Media, Rene Requiestas and Junix. 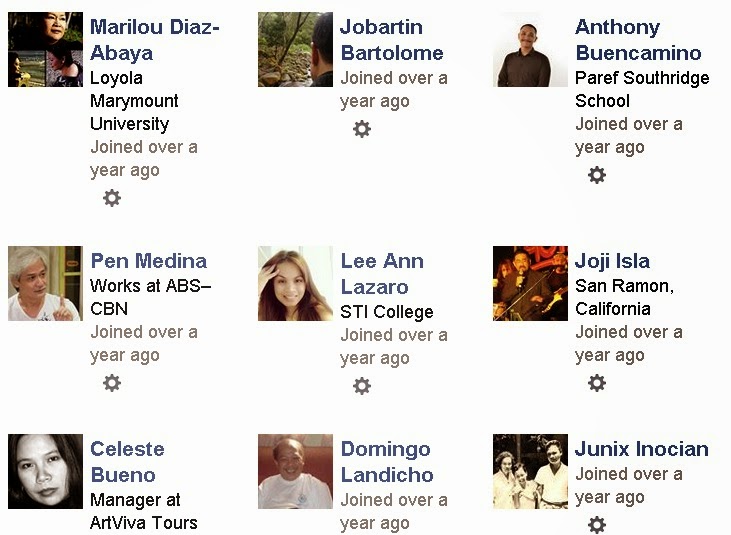