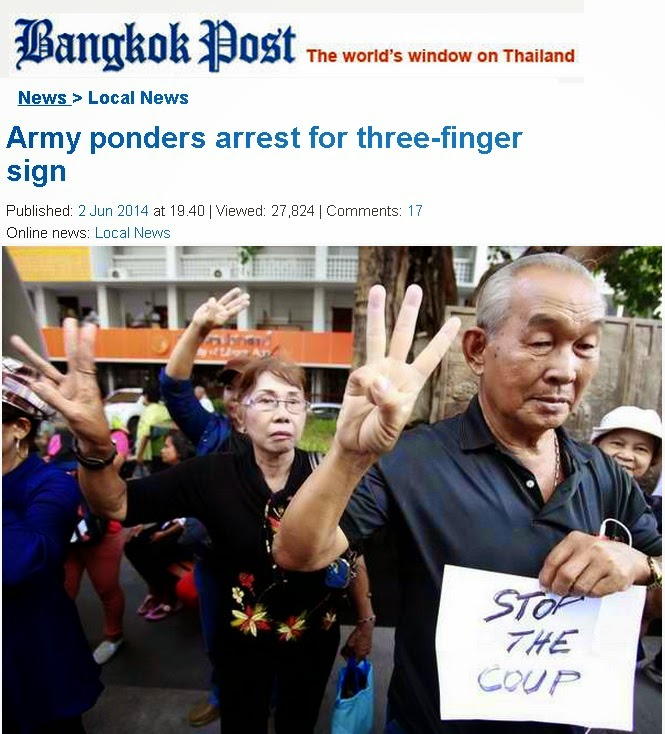 This news report quickly caught my attention this week. Huh? Thailand's new dictators, they are nuts?


The military being fully armed always, has a different mindset compared to civilians, like search and destroy, neutralize and disarm training. So when they deal with civilian movements like flashing three fingers, they become paranoid, onion-skinned, pikon. Why did they even consider arresting people who only flash 3 fingers? 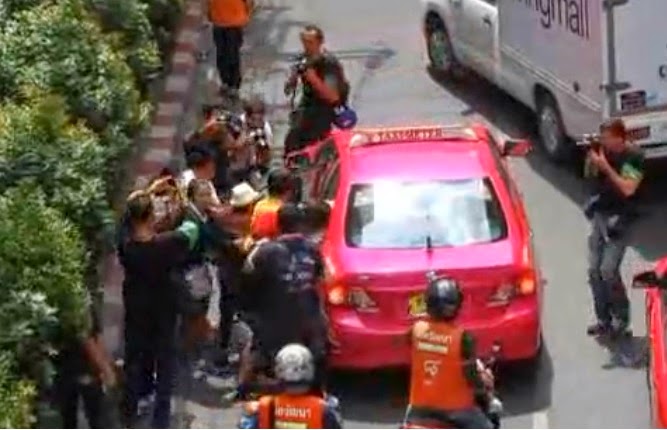 "A woman was forced into a taxi by suspected plainclothes police officers after she allegedly flashed three-finger signs signalling her opposition to the military coup near Asoke BTS station this afternoon.

During the struggle, one of the people who tried to pull her out of the car was able to grab her purse. The woman's ID card was found in the purse. She was identified as Pairin Phuangsiri. Her fate is not known at this time."


Thai people, please please be very careful ..... when a group of men with guns got the taste of power, you guys are on the brink of hell.... Believe me, we had first hand experiences ...

As shown above, that video went viral somehow, so many people have seen and shared it. There was public outrage, so the Thai police was forced to admit that they indeed made that abduction -- yes abduction, but they did not use that term.

The Lumpini district police chief on Monday confirmed his undercover officers detained and forced a woman into a taxi after she staged a one-person protest against the military junta on Sukhumvit Road...

Pol Col Chaiya Kongsub said the woman was taken away because she acted aggressively to the undercover police, who took her to the police station to “calm down”.

He identified the woman as Sunanta Puangsiri, 50. She was the first of six people arrested for violating martial law regulations during Sunday's anti-coup protest rallies held at various locations in Bangkok.... All six were still held Monday at Crime Suppression Division.

Ms Sunanta was caught by photographers and video cameras as she was subdued by at least four plain-clothes policemen, who said she resisted arrest

The video drew wide criticism from social media users, who said the officers overreacted and never told her what offence she had commiited. Some questioned the identity of the men in the video, but Pol..Col Chaiya confirmed they were his undercover officers.

The Lumpini police chief said Ms Sunanta’s behavior appeared to be “more violent than other protesters” and the officers took her to police station.to calm her down and to prevent her from “violating NCPO orders too much”. After that, she was taken from the police station by military officers for questioning, he added.

Military officers said they had yet to press charges against Ms Sunanta and five other protesters.

And another spying by the new police state: 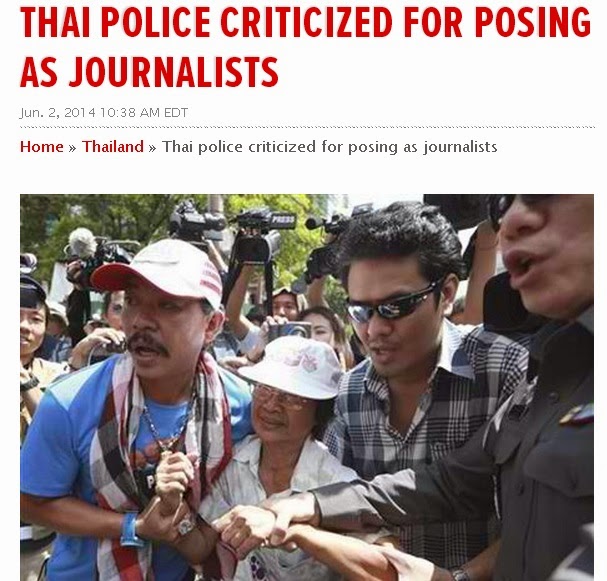 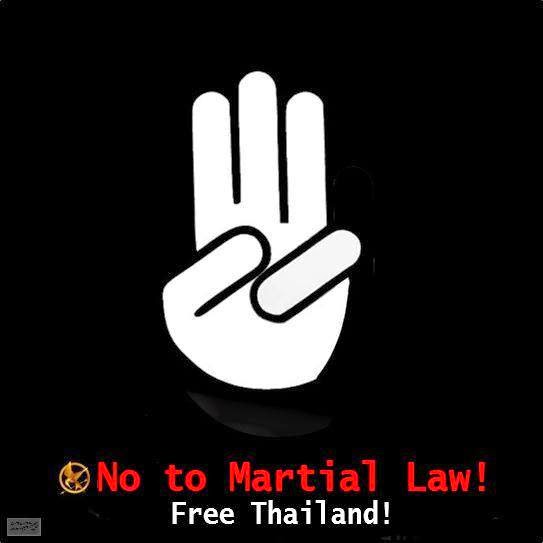 Charges of corruption, abuse of power by the civilian government, are not justified for the power grap and Martial Law by the military government. There are constitutional processes to be followed, like proper succession of leadership and the job of the military and police is to implement that constitutional process, not grab power on their on their own.

As societies modernize, political leadership should rely less on guns and tanks, more on reason and public discourse. When men with guns rule, paranoia and irrationality dominate.
------------