This is the Rapporteur's Report for the panel discussion sponsored by Economic Freedom Network (EFN) Asia last May 29, 2014, at the Jeju Forum for Peace and Prosperity, Haevichi Hotel & Resort, Jeju island, S. Korea. Thanks to Pett Jurapaiboon, EFN Asia Regional Program Officer, for sharing this with me.

I am adding photos from the FNF East and Southeast Asia fb page. In this photo, from left: Peter, Sethaput, Dep. Minister Dang, Choi.

Keywords:
Robin Hood Tax (Take it from the haves, transfer it to the have-nots), income of labor vs. income of capital,   Doha Round, high-tax countries such as the Scandinavian ones, difference between inequality and poverty, welfare society, inequality of justice and of opportunity, sense of fairness, tradable and non-tradable sectors, “To big to fail”, inclusivity, Good governance, transparency, Piketty-Phenomenon

Opening remarks by Dr. Rainer Adam (RA), Regional Director of the Friedrich Naumann Foundation for Freedom, Bangkok:
According to RA the fundamental value of liberalism is freedom. He criticizes Thomas Piketty whose suggestion of a global tax on wealth to solve the problems of inequality (i.) he calls a “Robin Hood tax”.

Congratulatory speech by Rolf Mafael (RM), German Ambassador to the ROK:
Amb. RM points out that the session’s topic has two dimensions: a domestic one and an international one. He refers to a recently published study of the German Bertelsmann Foundation on i.. His suggestion to reduce it: to promote the integration of more countries in the global economy by completing the Doha Round.

- Name of Presenter: Dang Huy Dong (DHD)
- Synopsis: Globalization (g.) is the process of international integration arising from the interchange of world views, products, ideas, and other aspects of culture. There are many reasons for economic inequality within societies: of bad schools, single motherhood, "de-industrialisation", bad behavior by poor young men etc. G. however can decrease inequality. Having joined the global labor force, hundreds of millions of people in developing countries have won the chance to escape squalor and poverty. Regarding this, Southeast and East-Asia as a region which has benefited tremendously from g., should play a much stronger advocacy role for freer market and more g.
- Name of 1st Discussant: Choi Byung Il (CBI)
- Synopsis: The absolute number of the world’s poor has stopped rising since 1950s and has fallen in recent decades, thanks to the rapid growth in emerging economies, most notably China and India. People climbed their social ladders from the poor to the middle class, and to the rich. This process continued to work its way, and helped to diminish inequality in a national economy. CBI reminds not to mistake inequality for poverty. Moreover he emphasizes that the aim of a society can’t be equality. Politics should now design a financial system to ensure that an economy does not become hostage to the big financial institution. As witnessed in the 2008 crisis, ‘privatization of success, and socialization of failure’ is against market principle.

- Name of Discussant: Sethaput Suthiwat-Narueput (SSN)
- Synopsis: There is no better argument that g. is beneficial than to compare South- with North-Korea. I. has often little or nothing to do with g.. Differences in income stem largely from things like access to quality education. An even bigger problem than the i. of income is the one of justice. In Southeast Asia for example, wealth has tended to be concentrated in non-tradable or highly regulated sectors. By opening up these sectors to greater competition, g. could help create a more level playing field. The best instruments to reduce i.: the fight against corruption, the liberalization of the market and the strengthening of the rule of law.

- Name of Discussant: Peter Wong (PW)
- Synopsis: There have often been attempts to eliminate inequality, for example the extreme form of egalitarianism in Mao’s China. All failed while the world over the past 60 years has seen inequality declining. A hot topic of the discussion on g. are the low skilled workers. How to protect them -who already have enjoyed basics like uninterrupted electricity supply, clean water, shelters, more than adequate protein intake- in the developed world? Is it justifiable and moral to reverse globalization such that the end result is sending back little girls in Indian, for instance, from factories back to brothels? In general: The Scandinavian system of social welfare often serves as a role model. But according to PW Asian countries can’t adapt than. 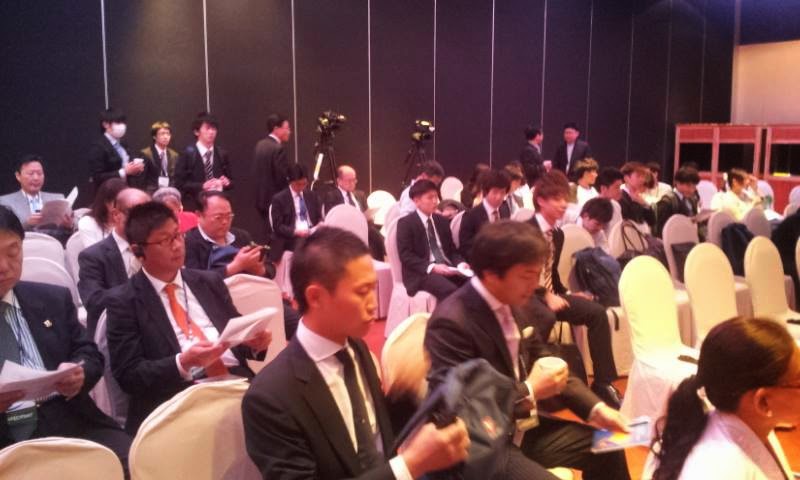 - Q1 (Name of Questioner): How could the respective countries of the speakers make the best use out of the g.? (Stella Quimbo, SQ. The question goes to the whole panel.)
- A1 (Name):
According to CBI the ROK has a very restricted labor market. Conflicts between management and trade unions are the normal case. Moreover the outgoing investment is bigger than the incoming. G. has been accepted as the engine of the economic success for a long time. That feeling is coming to an end.

DHD stresses that the government must ensure that people have access to opportunities. The keyword is inclusivity which for him is a precondition to avoid inequality. Other keywords are Good governance and transparency.
For SSN the crucial point is the access to education. Moreover he deplores that the financial situation of Thailand’s MPs is much better than the one of the people they represent.

PW claims to reduce the number of market regulations effected by the state.
- Q2 (Name of Questioner): Your comments on Thomas Pikatty’s demand for a global tax on wealth? (SQ)
- A2 (Name): Too complicate! (DHD) A stupid idea! (SSN) Already his diagnosis is wrong! (PW) 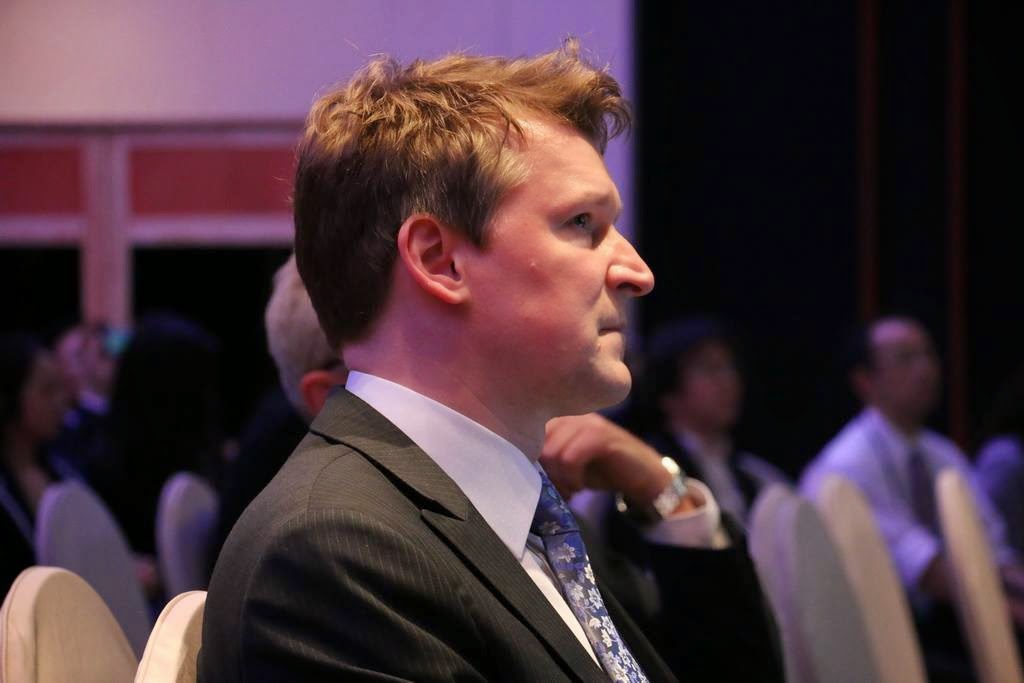 Peter Wong, in one of the official dinners at the Forum. Former Australia PM Julia Gillard joined them in the table. 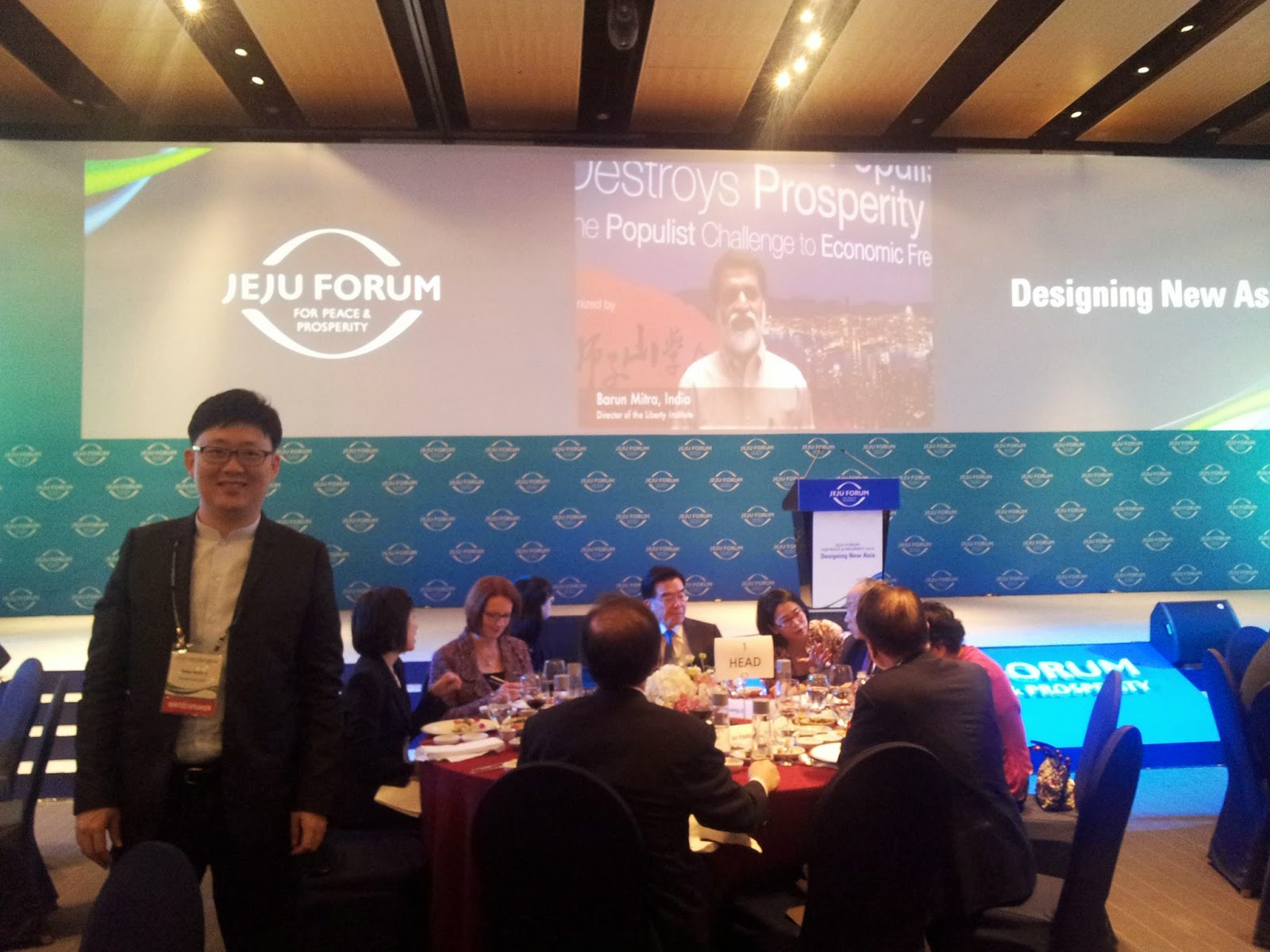 Posted by Bienvenido Oplas Jr at 11:06 AM