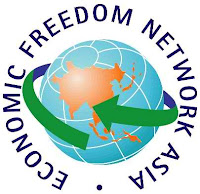 Economic Freedom Network Asia (EFN Asia) Conference 2015 to be held this coming November 23-24, 2015, in Thimphu, Bhutan, on the theme, "Economic Freedom as a Way to Happiness."

The event will be organised by EFN Asia, QED Group, and the Friedrich Naumann Foundation for Freedom (FNF). QED is a private, independent think tank and consulting firm based in Thimphu. 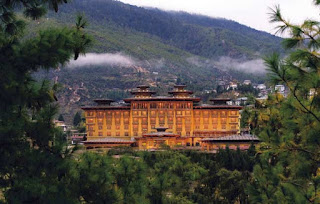 Venue will be the Taj Tashi hotel in the capital city of Thimphu. I saw some photos of this hotel, it looks very exotic and inviting.

I fully agree with  the  theme -- that individual and economic freedom is the formula for human happiness.  We can add that economic freedom and material wealth is protected by the rule of law. If there is more material  wealth -- like more sturdy houses and offices for the people, cheap and stable electricity that run 24/7, more schools and institutions of  learning, more modern healthcare facilities and health professionals, more tractors and mechanized harvesters for farmers, etc. -- then people can live more productively, live wealthier, healthier and longer. As one saying goes, "Money cannot buy happiness always, true, but it is better to cry in a van or SUV than in a bicycle." 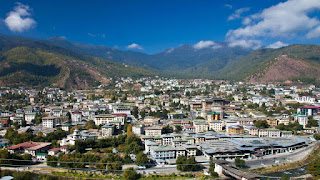 Thimphu, Bhutan is a valley and still in a very high elevation of 2.25 kms (7,375 ft) and 2.65 kms (8,688 ft) above sea level. For us from an archipelagic country and capital city is just a few meters above sea level, and our highest mountain is only about 3 kms. high, Thimphu should be a brrrry cold place. Especially in late November.

The EFN Conference 2015 is open to the public, so long as they finance their way to the conference (plane fare, hotel, travel taxes, visa fee). The tourist visa fee is expensive though, US$250 a day.

Interested individuals, FNF and QED will help in securing the group visa, most likely at a discounted price. Fill up the (1) conference registration form (no conference fee) and (2) Bhutan visa form, see details here.
------------