The first time I went to Washington DC in the US was in May 2004. I was one of several International Fellows of the Atlas Economic Research Foundation, then based in Fairfax, Virginia (now based in DC), and I attended several conferences in the US. First was the Mackinac Leadership Conference in Michigan, then the Heartland conference + Atlas Liberty Forum in Chicago, then meetings in DC and Virgina area. I stayed in the US for one month.

The second time I went to DC was in November 2009, also for another Atlas event and I was one of several panel speakers. Below, with Cindy Cirquitella of Atlas as panel moderator, Paulo Uebel from Brazil, and about three other speakers from Croatia, Nigeria, and Argentina I think. Thanks again to former Atlas VP, Jo Kwong, who would find funding for my travel scholarship. See Jo Kwong rocks. 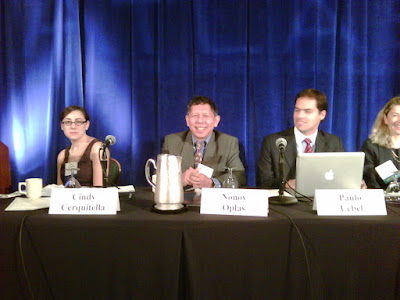 Some of my notes during the Atlas events that time are here, Economic freedom means taller people.
I also attended a one-day discussion on several literatures about liberty. Below, Jo Kwong, in red dress, standing and introducing the activity. 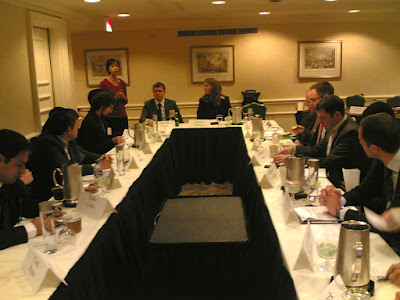 Then I visited again the Americans for Tax Reforms (ATR) office. First time I saw their office was in 2004 and it was my first time to meet ATR President, Grover Norquist. Very articulate and intelligent free market leader. Below, with Grover's deputy, Chris Butler and a Russian lady scholar, Victoria Strokova, who authored the International Property Rights Index (IPRI) 2010 Report. 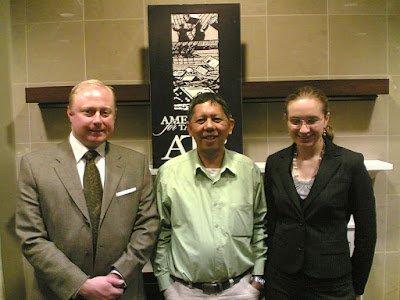 It was a freezing November for me; the locals would wear some not-so-thick jackets while I covered myself with a thick jacket even at daytime. 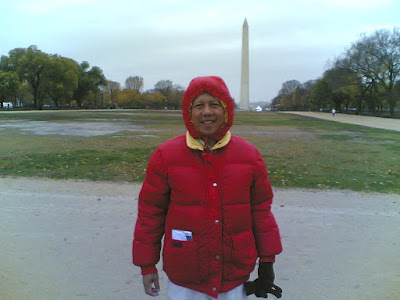 Ronald Reagan National Airport, Arlington, Virginia -- I exited the US from this airport twice, in 2004 and 2009.