Mining 44, Presentation at the Mining 2015 Conference

Last Tuesday, September 15, I was one of the speakers during the opening day of the 3-days Mining Philippines 2015 Conference, held at the Grand Ballroom of Solaire Resort Casino Manila. Good audience, perhaps about 200 people. 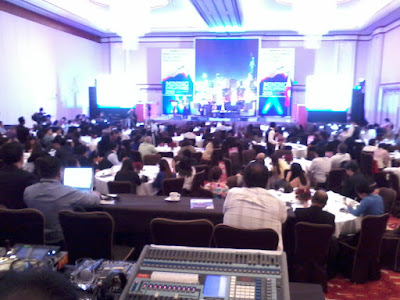 Opening speeches in the morning, then two focused group discussions in the afternoon. We were on the 3-5pm slot. 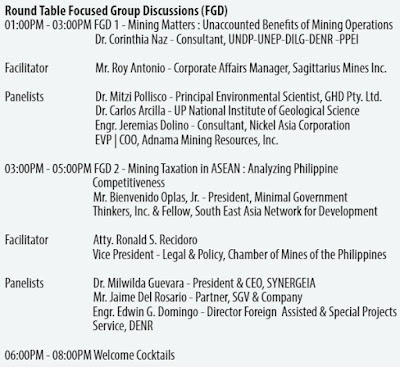 This is my presentation, 28 slides total, showing 7 of them here. 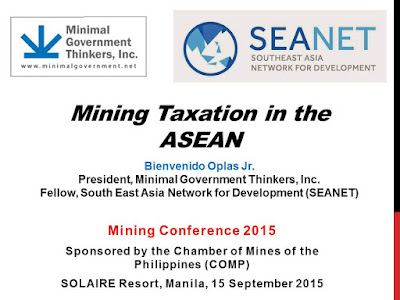 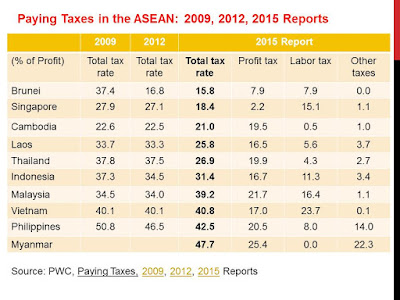 After showing various tables on comparative taxation in the region, I asked the audience of this question. About 4 hands were raised to say True, none raised hand to say False, the majority just waited for me to answer my own question. 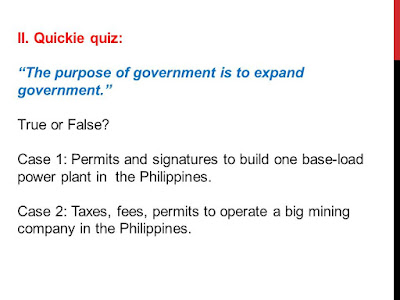 The 3 pitfalls are (a) deadweight loss, (b) declining revenue in a Laffer curve, and (c) non-recognition of the  "multiplier effect" of mining as raw materials. 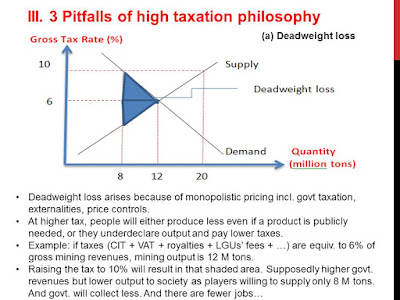 I discussed the  various bureaucracies in the power/energy sector, and  the  mining sector, the multiple taxes, royalties, fees, mandatory spending such as SDMP, and yet... 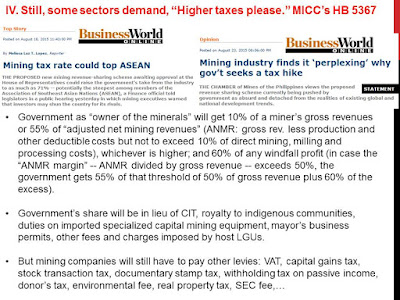 Reflecting  on those tables shown earlier... 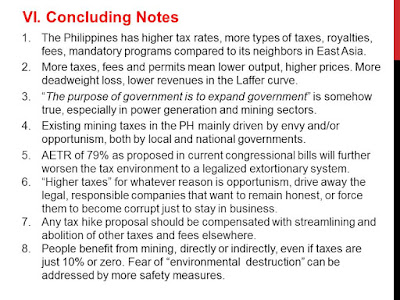 I showed 4 annexes -- mining taxation in Vietnam, Indonesia, China, and this proposal. 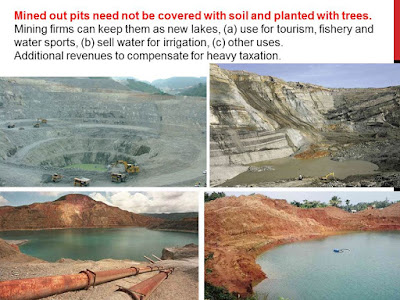 My full presentation is available in slideshare and in dropbox. 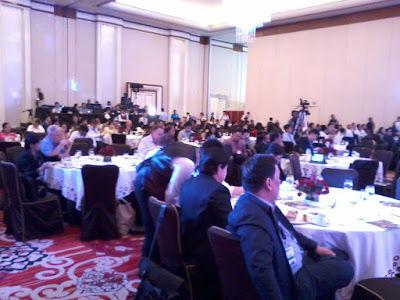 The UP Miners, an organization of Mining Eng'g undergrad students in UP Diliman, made this photo and posted it in fb. Thanks Niel and all. 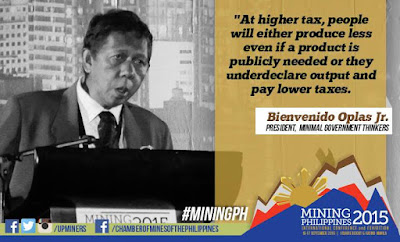 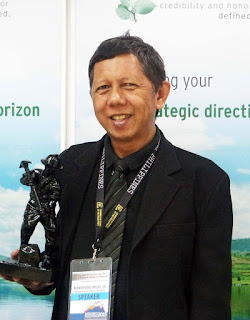 Meanwhile, I like these comments from two friends, Yani and Raul.

Bayani Camitan: noy, we have very much potential in this industry. in fact mining industry was a significant (if not today in the future) contributor to GDP. but then again, it is sad to say that government support is lacking and related policy is unclear. for one, we have as u may know Surigao (which is partly known for surfing) is the so-called "nickle-ore capital of the Philippines". it is one of the main supplier exporter of nickle ore competing against Indonesia for China market. unfortunately the mining players in Surigao do NOT have a centralized laboratory for nickle ore testing; each of them has their own way to cheat if not hide the characteristics of this mineral ore. an act of one will spoil the whole of it. if only government could support and have a government-instituted laboratory which should be a common facility for about 14 mining companies in Surigao alone, with this guess we can be recognized in the world for this mineral ore.

Raul De Leon: That's the problem with government thinkers! Everytime they see an industry grow, the first thing they think of is to increase taxes instead of improving the collection system. Just like they did in the mid 90s when they saw the stock market boom. They imposed higher taxes on trades that lead to investors shying away from our market and invest else where. This wrong mindset of increasing taxes out of a booming industry has Instead yielded negative results to all stakeholders especially the government who has lost a lot of opportunities and losing to our asian neighbors by giving less incentive, more government involvement and lesser investor facilities.
----------

Posted by Bienvenido Oplas Jr at 2:07 AM

Email ThisBlogThis!Share to TwitterShare to FacebookShare to Pinterest
Labels: Chamber of Mines of the Philippines, mining, mining tax, UP MINERS