Goodbye Mama. I love you.

My father Bienvenido Sr., mother Consuelo, and my eldest daughter Elle Marie. Taken at our house in Cadiz City, Negros Occidental, April 2010. Our house is not far from sugarcane farms, like most rural houses in the province. My wife was pregnant with our second child then and stayed home in Manila. 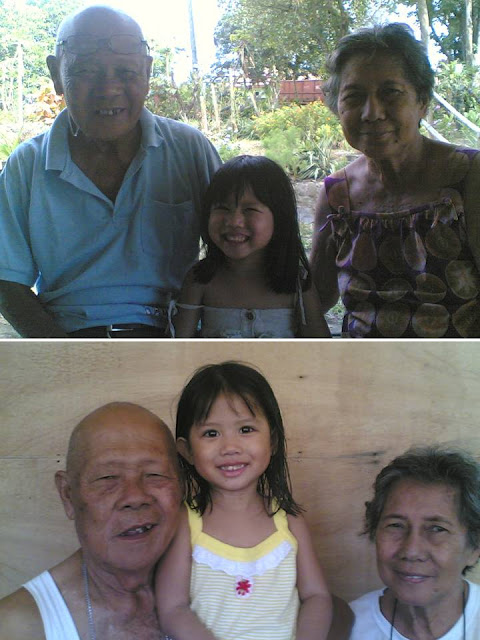 Mama is 81 years old. She has been weak in recent years, mostly bed ridden since about four years ago. She was battling a kidney problem and Alzheimer's disease.

A year after, April 2011, also in our house in Cadiz, we visited my folks again. Here, Mama was watching Bien Mary, then six months old. 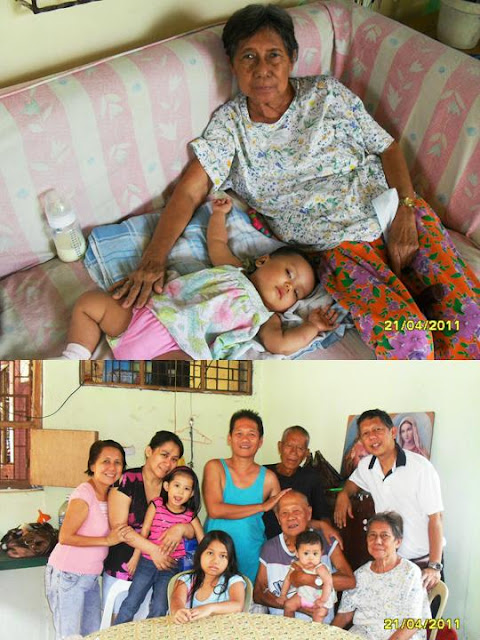 We are five siblings, the eldest, Manong Nestor, died of prostate cancer about nine years ago. My other sister Marycris, is also based in Manila, not in the photo above.

Several weeks after our visit, Mama got sick and very weak. I flew back and visited her again, June 2011. She has recovered days after that. 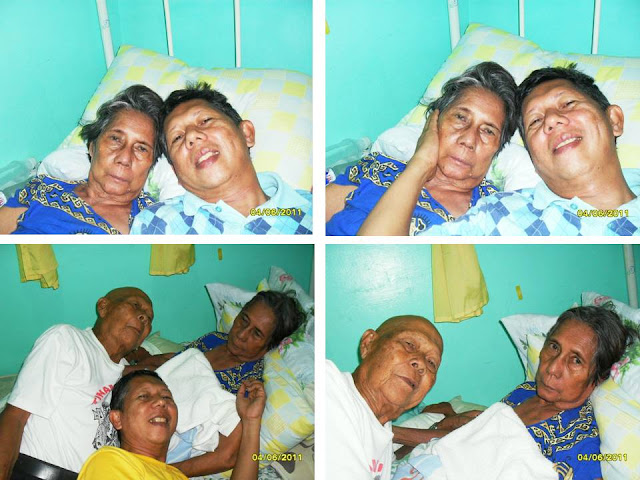 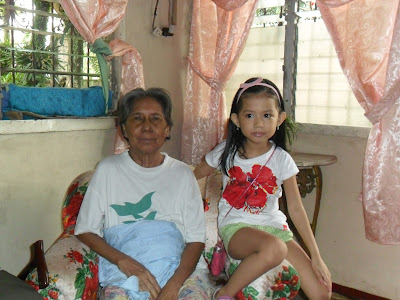 May 2012, after Elle Marie's Santa Cruzan parade in Iloilo City, we travelled again to Negros to see my parents. Mama was back being mostly bed-ridden again.

Last week, she was hospitalized. She was in great pain, assisted with various pain relievers.

Today, Mama has rested. Very sad to accept, to lose one's mother. But she has endured pain for so long. Her frail body is too weak to further endure the pains. It is better that she rest, but the pain is on us, the surviving children and our Papa.

Mama and Papa have done their job well as responsible parents. They have brought us up and gave us modest education. During and after graduation from college, it was our call what to do with our lives.

Thank you Ma. I terribly miss you. I love you and Papa. Self-reliance and parental responsibility is a trait that I will pass on to our kids. Thanks again Ma... See you someday when our time comes.