Climate Tricks 52, Counting temp. change only from the end of LIA

This month proves to be the hottest month of the year almost always. Generally cloudless sky although there are days that the clouds would be staying for a few hours. The consolation is that this big El Nino of 2015-2016 will end soon, when it touches the threshold 0.5 C temperature anomaly. 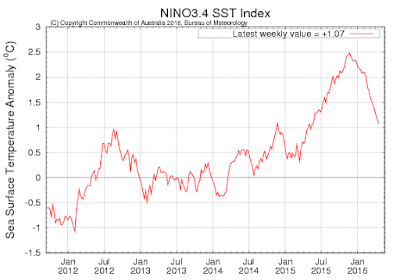 Bloomberg produced this drama story, Earth's Temperature Just Shattered the Thermometer.
Haha, the earth is 4.6 B years old, and the UN and others' baseline is the past 140+ years only? Clever starting point because that was also the end of the little ice age (LIA). Global temp has no way to go but up.

Honest research should go back to temp records over the past 2,000 years, 400,000 years, 1 million years, 1 billion years, etc. There are many paleo-climate data that are freely available on the web.


Plato was born nearly 2,500 years ago (424 BC). He was older than the medieval warm period (MWP), the Roman warm period (RWP). What was the global temp during his time compared to current global temp.? Much warmer. See the start of the graph, on the left. 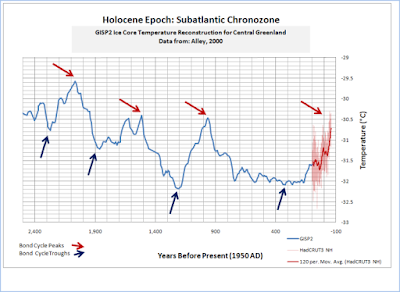 The last big El Nino was in 1997-98, Presidential election period too. I heard that many farmers in Mindanao were even selling their votes for as low as P50/head because they were so desperate. But at least no road occupation then, unlike the recent Kidapawan road occupation.

We still need environmental protection -- like converting low-lying areas into lakes, man-made lakes. For the rivers of Bulacan and Pampanga in particular, they need lots and lots of huge and sustained dredging, will require tens of billions of pesos perhaps, as we prepare for rising rivers and lakes, not rising ocean.

Here's the latest projection for La Nina -- by mid June this year or two months away. For how long, until 2017 or even beyond.