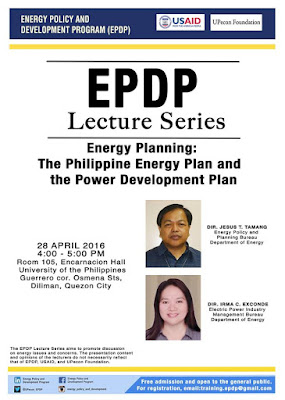 Last Thursday, I went to UPSE to attend this lecture. Great one, as usual. Dir. Irma Exconde is a friend, a fellow UPSE-PDE alumni, her batch in 2002 was 4 years younger than mine.


Dir. Tamang discussed the process in crafting the PH energy plan (PEP) and the Power development plan (PDP). I told Dir. Irma that with the long process of consultations and meetings to produce a national plan, I really would have no patience working in government.

Then Irma discussed the important aspects of the PEP and PDP, 2015-2030. Among the slides she presented, below. In Luzon grid last year 2015, rated or installed capacity by coal was only 35% of total but actual electricity contribution was 49% of total.


In contrast, oil/diesel power plants, installed cap was 16% but actual contribution was only 1%. Why, because they are used only as peaking or peak load plants, they run only for few hours a day on weekdays, on high demand hours and are not used during off-peak hours, or weekends and holidays.


For the new renewables, wind + biomass + solar is 3% of installed cap but actual electricity output only 1% of total. 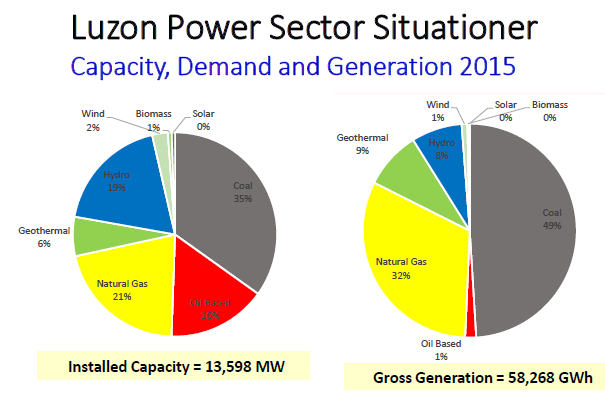 I mentioned during the open forum that the DOE is subjected to environmental terrorism. If they approve more coal power plants, the DENR and CCC will go to media or in Congress to shift the blame to DOE. Known climate junketers and climate negotiators (Tony la Vina, Yeb Sano, etc.) lambast the DOE and the President why they are commissioning more coal power plants.

I also mentioned during the open forum the need for more dams and hydro power because we are entering a new era of global cooling (warming-cooling cycle, endless climate cycle), meaning more heavy rains, flooding, etc. for many years and decades to come.

Notice that in this slide, renewables like solar and wind, electricity consumers' demand, transmission, etc. have their respective plans, but no mention of coal development plan. To mention coal in public discussions seems to be "politically incorrect"... 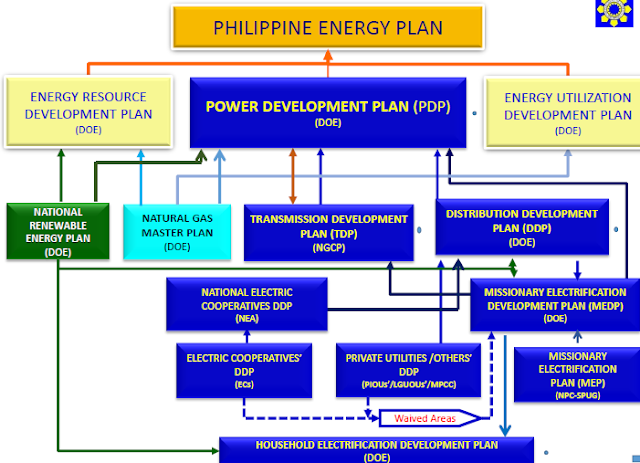 In the "minor" conflict between DENR+CCC+ environmental militants vs. DOE on the latter's granting of permits for more coal plants. I am on the side of the DOE. In 2015, 49% of total electricity generation in the Luzon grid came from coal power plants. Without those coal plants, or even slashing half of them, will result in massive, large-scale, daily and nightly blackouts in M.Manila and the rest of Luzon.

The anti-coal planet saviors will hate this scenario of course. They want their 24/7 electricity, they hate even a 1 minute brown out and power interruption so that they can do fb and tweet how ugly coal power is. Double talk and hypocrisy is their regular characteristic. The DOE, by allowing more coal plants, is protecting the public by securing more power supply, to be away as much as possible even from 1-minute brown outs.

As mentioned above, the actual contribution to electricity generation by solar+wind + biomass in the Luzon grid is only 1%. In case of massive, large-scale brown outs because of the anti-coal drama of DENR, CCC, climate militants, those big firms, hotels, manufacturing plants, hospitals, condos, etc. will keep their electricity. How? Lots and lots of gensets, noisy gensets that run on diesel, more dirty than coal power plants.

And the poor or lower middle class who get disconnected by Meralco or other distribution utilities (DUs) or electric cooperatives (ECs), for a few days or weeks they have no electricity, what do they use? Candles. More candles mean more fires, more destruction to private property, more injuries, more deaths. 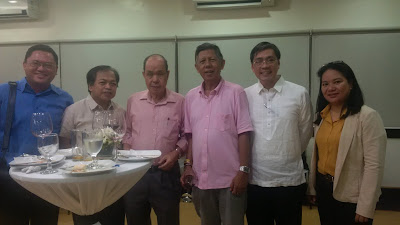