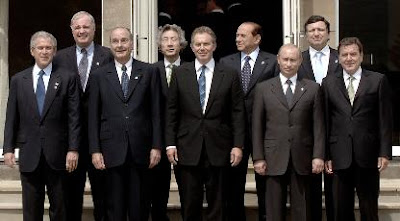 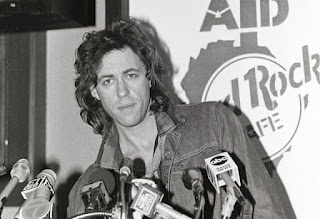 Bob Geldoff (Boomtown Rats band, photo on the right), Bono (U2) and other rock stars organized the "Live8" series of rock concerts in major cities of the said 8 countries. Their mission: pressure the G8 leaders to commit "more aid", "debt write-offs", to many (if not all) African countries.

The International Policy Network (IPN) in London organize the Global Development Summit (GDS), I was one of the panel speakers.

Before the program proper started in the morning, I and a few other panel speakers that day made a short "rock performance" on stage (100+ audience, including some members of British parliament, media, students, NGO leaders,...). Me on the electric guitar, them singing, in the revised lyrics of "I dont like Mondays" sang by Bob Geldoff himself, a famous song in the 80s. I made the lyrics revision the day before.

Here’s the original lyrics and my revision, June 2005.