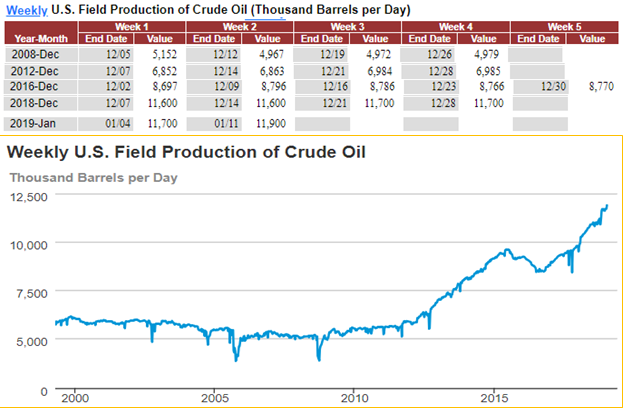 Trump is doing his job to bring down world oil prices by expanding US oil production, de-bureaucratizing oil-gas exploration and extraction. But OPEC + Russia are doing the opposite, raising world oil prices by cutting their combined oil output. Their last deal is to cut output by 1.2 mbpd starting this January 2019.


"The Department of Energy forecasts U.S. oil production will jump from 10.9 million barrels per day in 2018 to 12.9 million bpd in 2020.
The same year, the nation will start exporting more crude oil and fuel than it imports, the agency says."