BWorld 289, Growth by elections and FDIs by PSA liberalization

At the UP School of Economics Alumni Association (UPSEAA) sponsored “Economic Briefing” on Jan. 25, the speakers were DBM Secretary Benjamin Diokno and NEDA Secretary Ernesto Pernia. My former teacher in undergrad and graduate economics, Sir Ben Diokno said in his presentation that with high GDP growth in 2017 and 2018, “Duterte hit the ground running.”

During the open forum, I said that with growth of 6.9%, 6.7% and 6.2% for 2016 to 2018 respectively, it should be called “Duterte hit the ground screeching and decelerating.” Compared to the ASEAN 6, our neighbors have flat lining or increasing growth, only the Philippines has a declining growth. Sir Ben said we should not include 2016 in the analysis because it was an election year and all election years have higher growth than the following years.

I checked the numbers and I found that he is partly right, and partly wrong because we should include those election years in our analysis. Below are growth rates for Philippine election years 2007, 2010, 2013, 2016, and the respective years after them (See Table 1).

In short, since 2016 was a bad year in the region compared to 2017, Philippine growth should have retained if not surpassed the 6.9% growth, but the opposite happened.

I sustain my statement in my column last Friday, that Dutertenomics is lousy in its macroeconomic management. Rising taxes, rising inflation, rising interest rates, and declining growth. 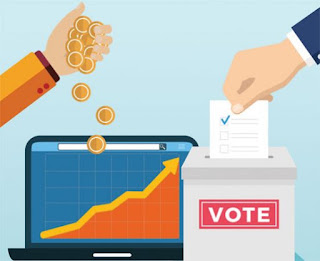 We have the lowest FDI inward stock among the important East Asian economies. We have low volume of air passengers (many of them, from domestic flights) and port container traffic, in TEU, 20-feet equivalent units (See Table 2).

We need to liberalize the entry of more foreign airlines and shipping lines because we are outside the Asian mainland and we are an archipelago with many detached islands.

There are bills in Congress now amending the Public Service Act (PSA, 1936). That 83-year- old law has many sectors listed as “public utilities” and the 1987 Constitution prohibits foreigners from owning more than 40% equity for these utilities.

In these congressional bills — HB 5828 (passed on Third Reading) and SB 1754 (still a Committee Report) — telecommunications and transportation will be lifted out of the list of “public utilities.” This means foreign investors can own perhaps up to 100% equity in telecoms, shipping lines, airlines, and possibly bus lines.

Last December, my family suddenly changed plans and decided to travel to Iloilo. By then airfares were 2x, up to 4x their regular rates. We need more competing airlines or more planes per existing airline to have more flights on peak travel season, more planes require more investments.

So I decided to drive the car via RORO ships again. The problem is waiting for many hours in the ports. We need more competing shipping lines or more boats per existing shipping company. More big boats require more investments.

If FDI and PSA liberalization are done by law before the term of the current Congress is finished, it will be a big boost for Dutertenomics and help pull the economy upwards in the next three years.
-----------------