Earthquakes and volcanic eruptions are 100% part of the Philippines’ “geological DNA.” This is because we are in the “Pacific Ring of Fire” and our entire archipelago seems to have protruded from under the sea. Thus, if there were no “violent” volcanic activities, there would be no Philippines.

A strong earthquake with magnitude 6.1 rocked Zambales and neighboring provinces in Central Luzon plus Metro Manila last Monday, April 22. Many public and private structures were damaged, a few deaths and many injuries were recorded. That day, there were 72 earthquakes nationwide that occurred.

But compared to previous earthquakes in the country, it was not that strong actually. On average we get about 30 earthquakes a day nationwide. Numbers for the past few days are shown (see table 1). 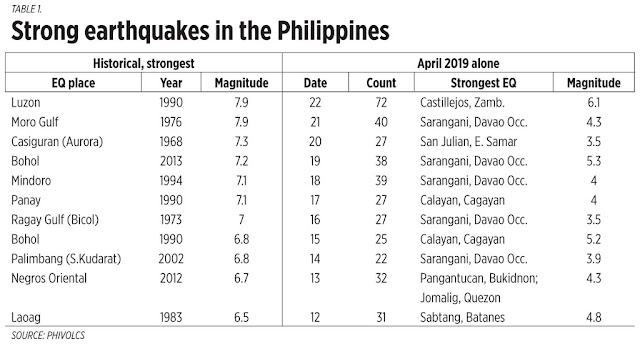 There are many alarmist claims here, with no scientific or historical basis, that the “Big One” (8.0 +) for the Philippines is coming soon and will lead to “tens of thousands of deaths.” Even earthquakes of 7-7.9 are still rare worldwide, the more common movements are in the 5-5.9 and lower. And note that after 2010, the number of estimated deaths globally from this disaster is declining (table 2). 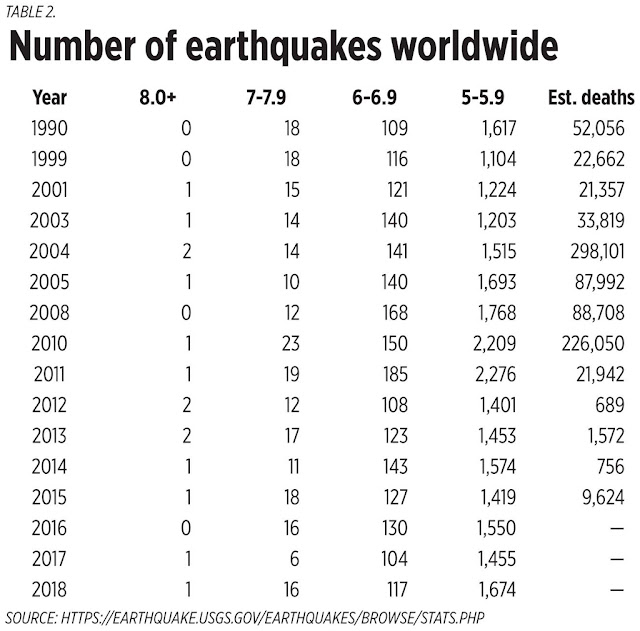 The main reason for this is that people now live in stronger structures, not because the number of earthquakes is declining.

For the Philippines, the market-oriented reforms for efficiency (MORE) to deal with our geological reality is for government to reduce taxes in construction materials (especially steel and cement), do not invent new taxes and tariffs, and/or reduce real property tax for strong buildings and structures per sq.m. area.


In short, reverse the taxation regime, let the people spend big on sturdy and strong buildings, save more lives and properties and people’s pockets. Then government need not worry much about people’s well-being when strong earthquakes occur and reoccur.
------------------