Last Tuesday, April 2, I participated in a roundtable on "Challenges Facing the Philippine Power Sector" organized by The Arangkada Philippines Project (TAPP) and the US Chamber of Commerce, at Amcham office, Makati. 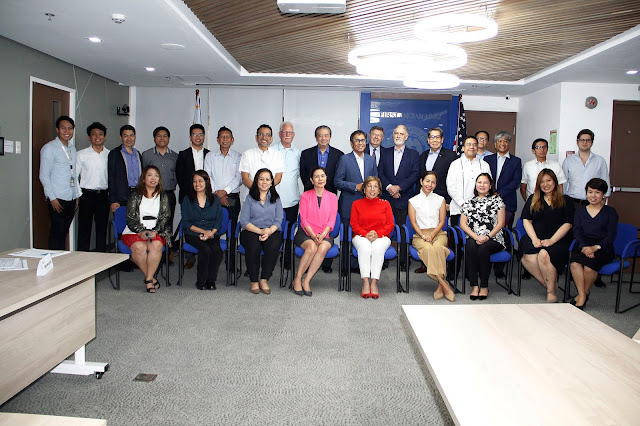 way to reduce power rates is to remove tariffs, non tariff barriers (NTBs) for both renewable and conventional power systems. Currently what we have are lots of taxes, tariffs, NTBs for conventional and few taxes, even subsidies for renewables.

Leandro Leviste, son of Sen Legarda, is a special kind of entitlement thinker, that even many or all other RE developers hate him and his Solar sa Bayan franchise bill. Could become a law by May or June.

PH has low electricity production nationwide. Even if we double our electricity output say 15 years from now or in 2034, that level would perhaps be what Vietnam produced this year or last year. Or that PH output in 2034 would be what Thailand produced in around 2010 or a decade ago.

Many people demonize the so called "big" power companies and players. But without them, our electricity output maybe on the same level as Cambodia or Myanmar.

Of the roughly P10/kwh bill, only about P5.50 (+/- P1) is generation cost. The other 4.50/kwh? Transmission charge, distribution charge, supply charge, universal charge, metering charge, system loss charge, FIT allowance for RE, VAT, other taxes. Here's an example, power rates collected by Meralco as of March 2019.

On the Supreme Court TRO vs RCOA since February 2017 that remains indefinite -- SC legality can be ignorant on many economic issues like energy pricing and supply contracting. Without that SC TRO, we may be in the 500 kw level already and by two years more, perhaps down to household level.
---------------