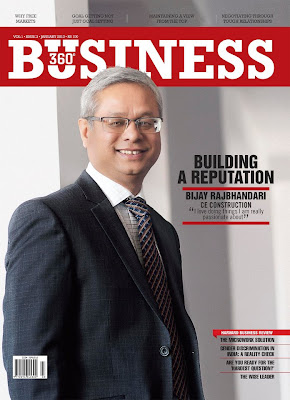 The US government’s public debt, currently at $16.3+ trillion, has touched the 100 percent of GDP mark in 2011. This does not include yet debt of local governments – states, cities and counties – which also have their own public debt. This huge debt and the huge interest payment to service the principal that keeps rising each day, is the main cause of its continuing fiscal and economic uncertainties.

Other rich countries which have reached the 100 percent or higher debt/GDP mark are Iceland in 2008, Portugal and Belgium in 2010, France and Ireland in 2011, United Kingdom in 2012. Greece and Italy have reached that mark early of the last decade. Heavy borrowing and fiscal irresponsibility is the main characteristic of these and many other economies. They have been living beyond their means, maintaining extravagant and populist welfare programs, aided by heavy military spending, even if taxes and other revenues are not sufficient to sustain these.

State owned BBC said in its “Q&A: The US fiscal cliff” that "The roots of the current crisis date back to 2001, when President George W Bush's administration was trying to pass a programme of tax cuts worth $1.7bn."

This statement is wrong on two counts. One, the "roots" of the fiscal crisis date back many decades ago, of heavy government spending and heavy borrowing as if there is no repayment of those debts tomorrow. And two, tax cut is not the villain, it is heavy spending. Tax cut means allowing people to keep more money in their pockets, bank savings or certain investments. It is their money, they worked for it, they should keep more of it. If they spend or invest it, it creates economic activities and jobs elsewhere, so there is little or no need for government spending to keep expanding "to create jobs" for the people.

Entrepreneurs and private businesses, their staff and employees, have been bailing out through various taxes and fees these bloated governments and their numerous bureaucracies for decades. America and Europe prospered on economic freedom, not on heavy welfarism. People before have welfare because they worked hard and kept ample savings for their enjoyment or future investments, and not because the state has fed and housed them for free or at huge subsidies, at money that were borrowed from elsewhere.

Unfortunately, many Asian governments are following the welfarism and fiscal irresponsibility example of the US and European governments. They too are living beyond their means as shown by persistent budget deficit annually (expenditures are larger than revenues).

Source: computed from ADB’s Key Indicators for Asia and the Pacific 2012, Table 7.1
http://www.adb.org/publications/key-indicators-asia-and-pacific-2012

Nepal government seems to be less extravagant compared to its four neighbors in the region. But this is no consolation as growth can be sustained at deficit of below 2 percent of GDP as shown by the governments of Thailand, Vietnam and Indonesia. The governments of Hong Kong, S. Korea and Singapore even run on fiscal surpluses.

Fiscal responsibility and economic sustainability can be done on a few simple principles.

One, live within one’s means. Do not persistently spend beyond one’s income. Set aside savings for the rainy days and in times of emergencies.

Two, there is big role for personal and parental responsibility in many social and economic services, and not everything is government responsibility.

And three, there is big potential for tax cuts, or at least not creating new taxes, and allow the people to keep more of their income and savings. They know their priorities better than government officials and politicians.

Let the new year usher in new thinking, away from the old thinking of more social engineering and economic central planning by the state, politicians and foreign aid bureaucracies. Modern technology has allowed people to learn new and more skills outside the formal school system, and opened up more economic opportunities beyond their country’s borders. Overall productivity should be rising and not stagnating. This is a good ingredient to create more jobs, fight poverty and have sustained inclusive growth.
-----------