EFN Asia 34: Chatib Basri on Subsidy and Protectionism for the Poor

My first exposure to international and regional free market network was in 2004. First in the US in April-May that year when I was one of the International Fellows of Atlas, then in Hong Kong September of that year, during the Economic Freedom Network (EFN) Asia Conference 2004, sponsored by the Friedrich Naumann Foundation (FNF) and co-sponsored by five Beijing- and Hong Kong-based institutes.

Among the great presentations in the HK conference was one by Dr. Chatib Basri, who was then a faculty member of the University of Indonesia and individual member of EFN, now Indonesia's Finance Minister. 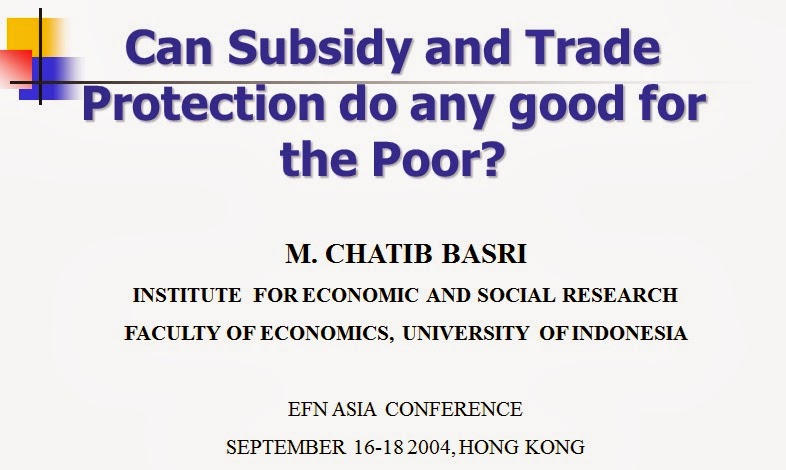 This is his first slide after the title. I remember my eyes brightened at these clear and erudite words from two of the intellectual giants of the free market literature. 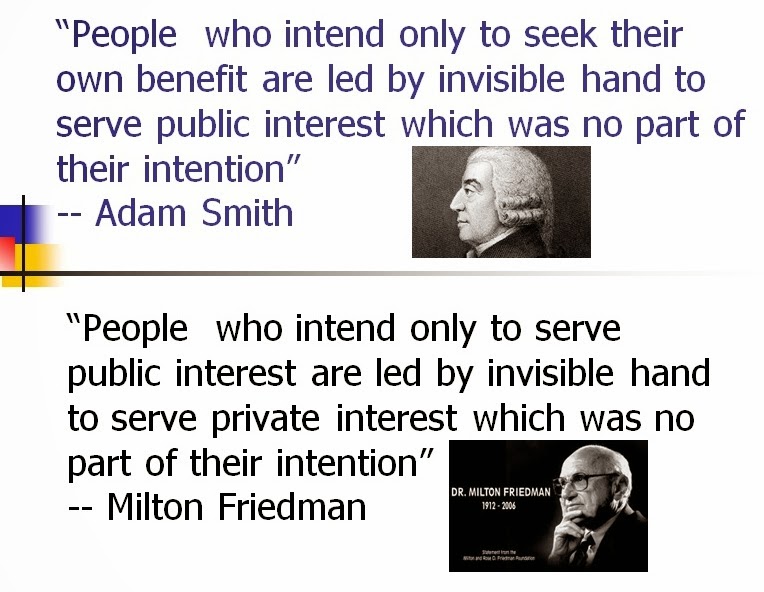 The two questions that his paper wanted to explore and answer... He presented short-run impact of eliminating fuel and electricity subsidies, which actually benefit the non-poor.

These slides are interesting, about bribes given by the public to certain government officials and bureaucrats as regulations are plentiful, complicated and costly. 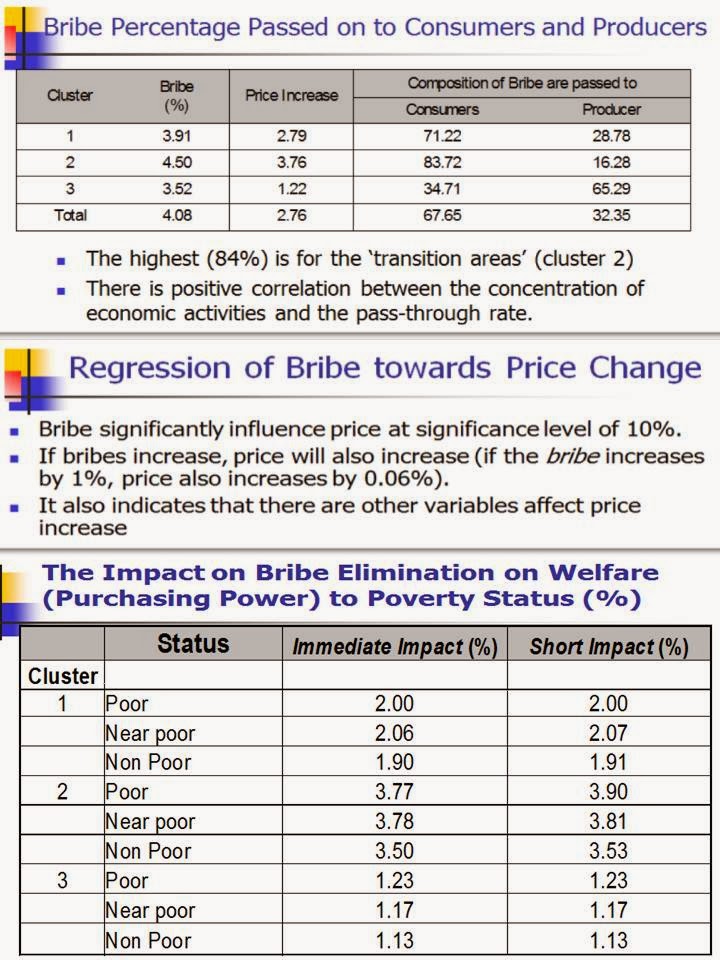 There are alternatives for the poor if fuel and electricity subsidies are removed -- scenario 3. In the table below, the signs of scenarios 1 and 2 are mostly negative while scenario 3 are mostly positive. Meaning there is better result, better impact for GDP growth, for exports volume, and for employment generation, if business bureaucracies are reduced, if the economy is deregulated and liberalized. 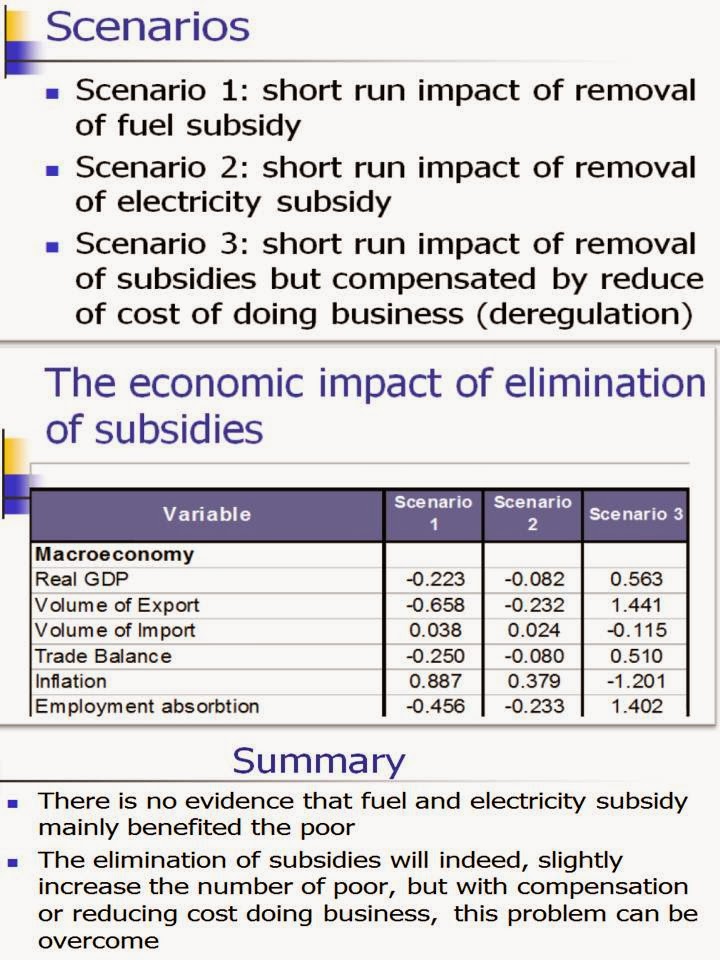 He discussed the three models of trade protection.

1. Interest group model -- Government will supply protection in order to maximize their personal wealth and/or client loyalty. On the demand side, industries seeking protection.

3. Grosman and Helpman model -- Trade protection is the result of bargaining between government and various lobby groups. Industry will form a lobby that manages to increase the domestic price of the goods from which they earn a profit. And politicians take advantage of trade policies as a source of income to fund election campaigns. 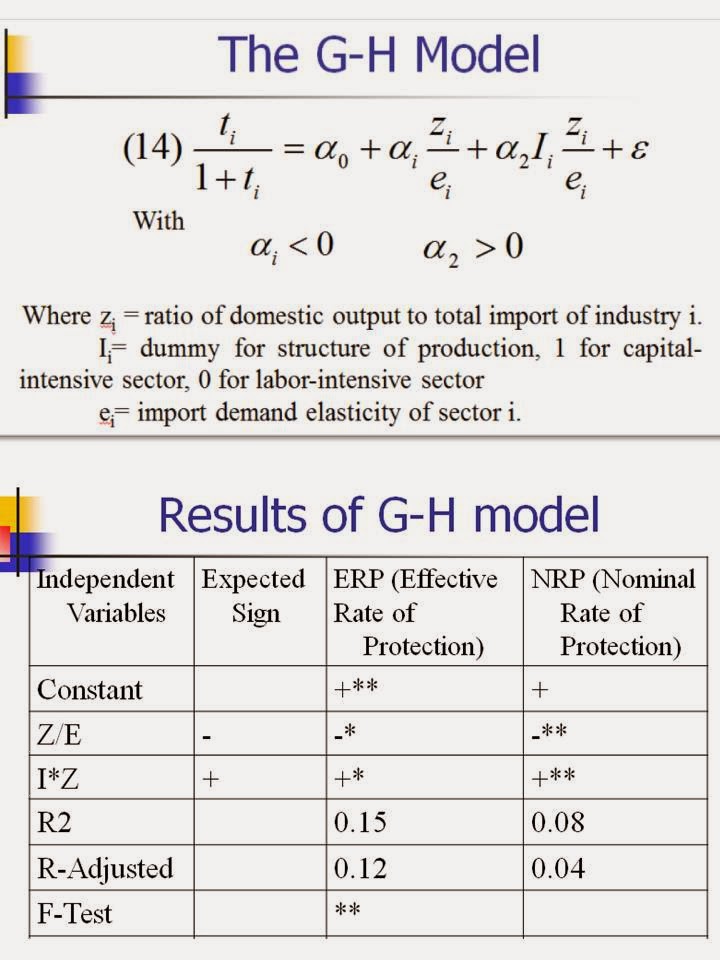 The math of G-H model and its independent variables are:

The result is shown here.

So, who benefit from protectionism?

* Protection is given to the sector with high-level import penetration.  In addition, sectors with high capital intensive were benefited from trade protection.

* Within the agriculture sector: there is no statistical evidence between trade protection and wages