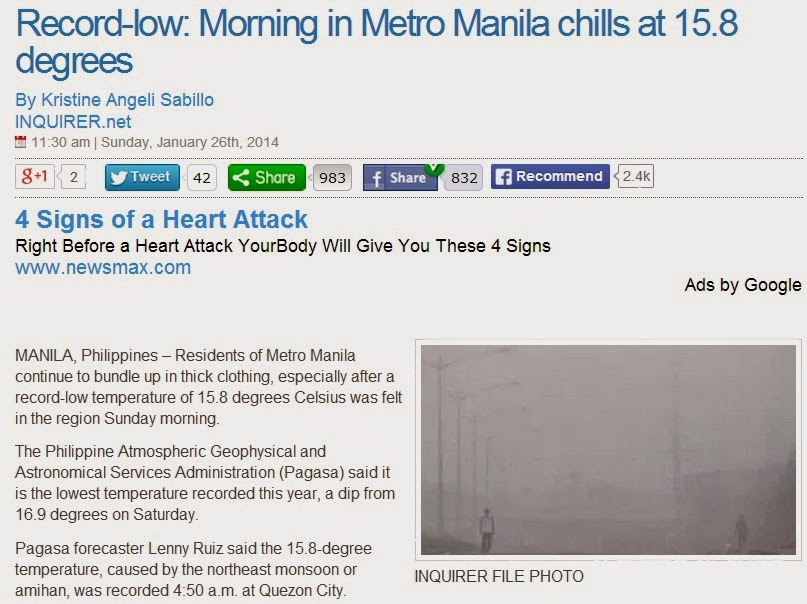 Updating this article and inserting this news story today...
brrrr!!!

It is rather cold these days in the Philippines that many legislators are seen with their hands in their own pockets. Partly joke, partly true.

Cold mornings, even at noon time, are common these days in Metro Manila and the rest of the country. A friend of a friend, Mike Blanco Ella Sarsoza, posted this image this morning. 14 C in Binan, Laguna, just a few kilometers south of Metro Manila. Wow. 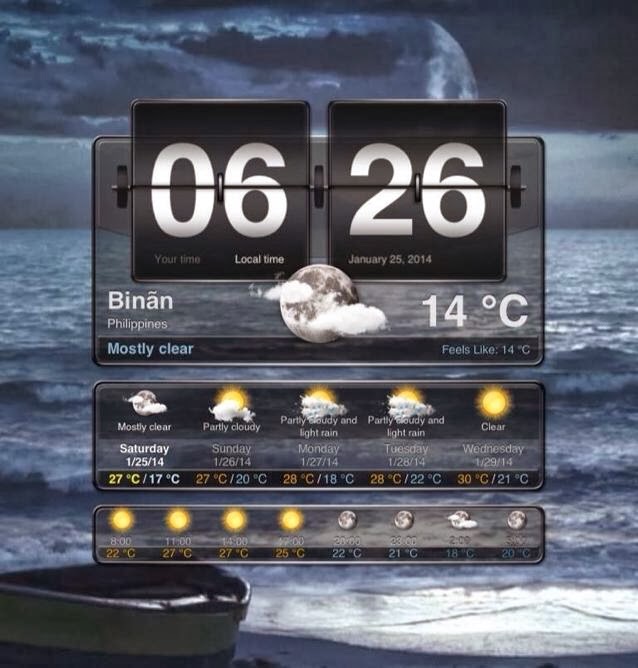 This morning in the house around 5am, I was forced to wear jacket while checking emails. Much colder than previous mornings. And here's why... (source, gmanews) 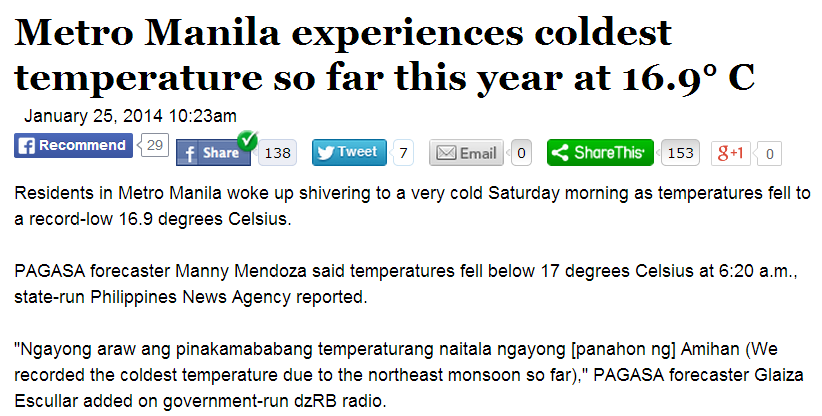 The cold spell has been with us since last December. Second coldest so far in M. Manila this month was 17.5 C last Sunday. In Baguio City, 8.1 C also last Sunday. 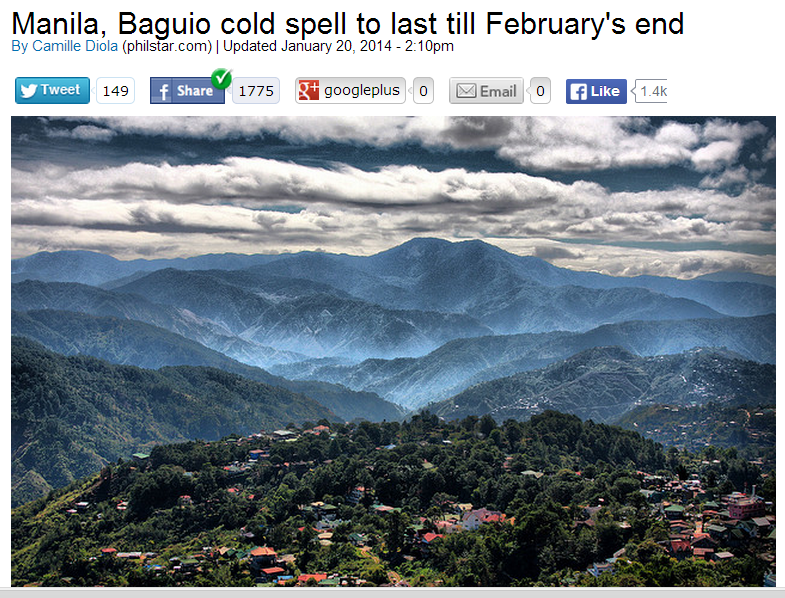 The non-stop rains in Mindanao since last week have killed more than four dozen people already. 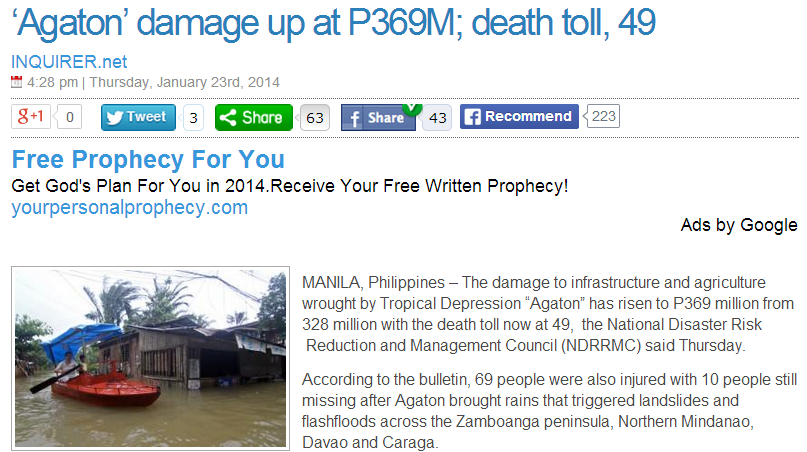 Reported also in local tv news, cows in some upland municipalities of Cebu being covered with coats; some have died, reports this week. 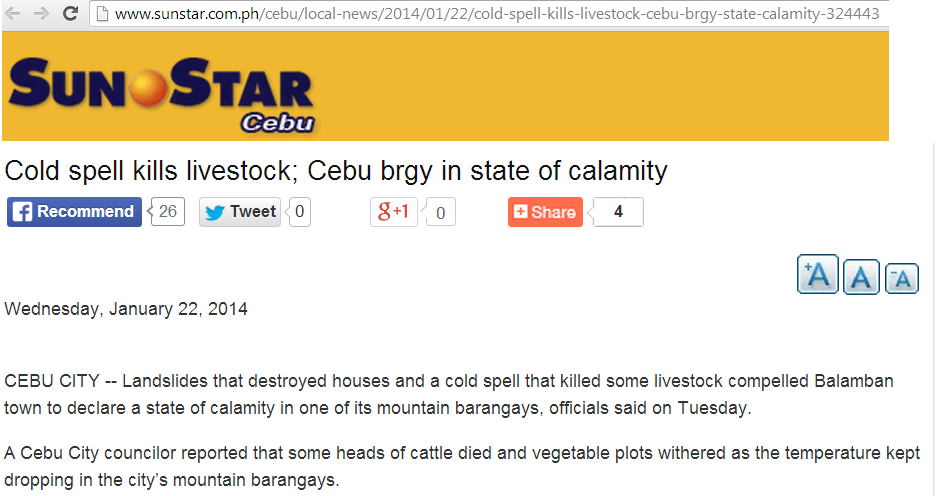 Not only farm animals, aquaculture is also adversely affected. 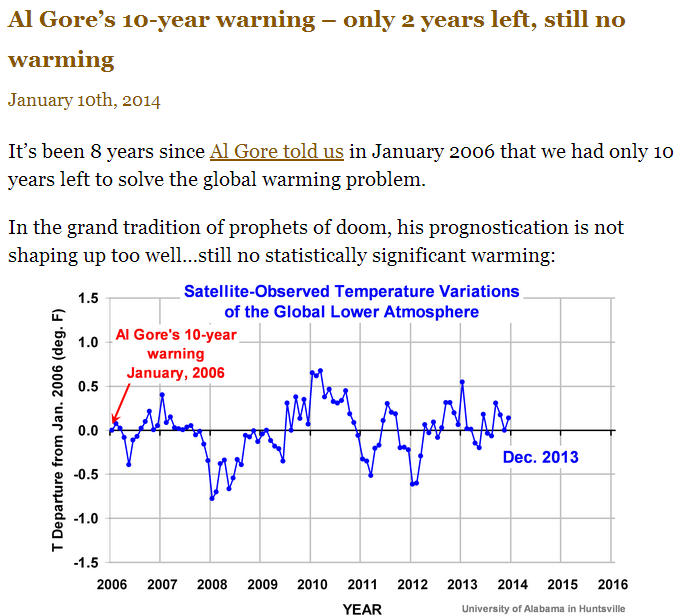 Meanwhile, I will join my mountaineering friends in climbing Mt. Pulag this coming January 31. This is the 2nd highest mountain in the Philippines at 2.92 kilometers above sea level (asl), or almost twice the height of Baguio City, 1.54 kilometers asl. We expect that temperature there can drop to -8 C in early morning.