BWorld 27, The rich getting richer, the poor getting middle class

There are plenty of papers circulating and arguing that the increased integration of the Philippines into the regional and global economy will result in the rich getting richer and the poor getting poorer. How true is this statement?

Has the Philippines’ membership in the Asia-Pacific Economic Cooperation (APEC) improved the lives of its ordinary citizens?

Without going through the long and technical procedures in typical academic papers, this paper will check certain data and parameters to see if the above statement is true or not.

Four sets of data in two tables will be used: (a) infant and toddler mortality rate, (b) life expectancy, (c) unemployment rate, and (d) mobile phones and Web connectivity. 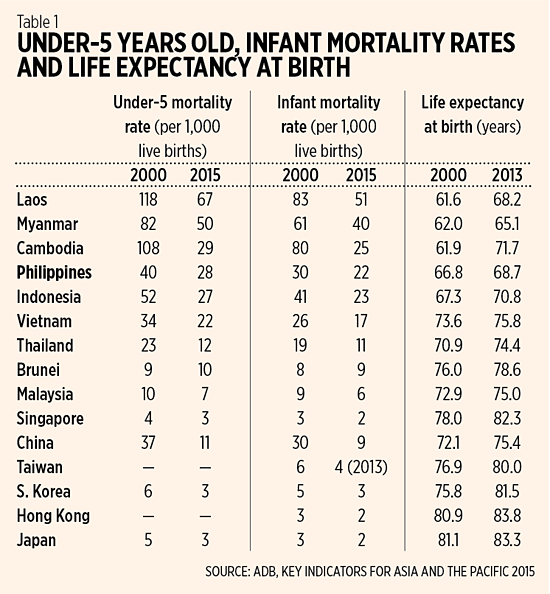 From these numbers, the verdict is that the health and safety of Filipinos is improving, not worsening, over the past one and a half decades. There are fewer deaths among newly-born infants and toddlers; and Filipinos are living longer, meaning there are fewer deaths per age bracket on average. Those are the good news.

The bad news is that Philippine records are lower than those of its neighbors in East Asia except in Cambodia, Laos, and Myanmar. And this is where most of the pessimistic and critical comments are coming from: they emphasize the higher ratio of infant and toddler deaths in the Philippines compared to its neighbors and are silent or deliberately hiding the fact the good news mentioned above.

We now verify the same question with another set of data. (See Table 2) 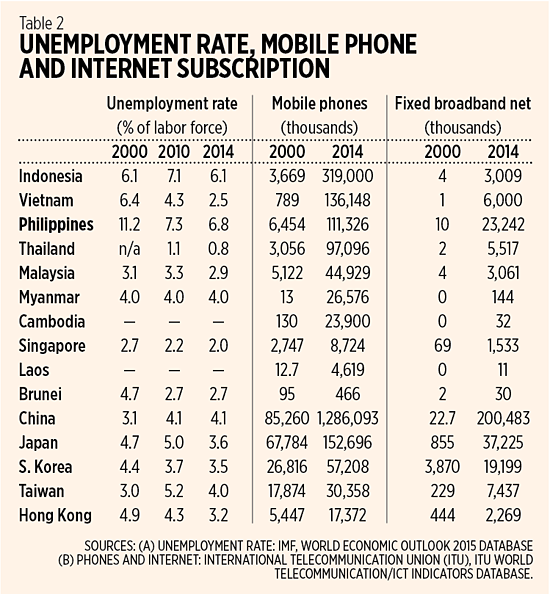 If it’s true that unemployment and poverty rates in the Philippines are so high -- people quoting data from IBON Foundation and the Social Weather Stations surveys indicating a 25% joblessness rate -- then people would be so poor as to stop buying mobile phones and forego access to the Web. Is this happening?

Again, to the disappointment of the pessimists, the answer is No, on two counts. (1) No, the unemployment rate in the Philippines based on International Labor Organization and internationally-recognized official definitions is not 25% or 20% or 15%, but less than 7%. And (2) No, poverty is not worsening because millions of Filipinos can now afford to buy mobile phones and pay for Internet subscription, things that are far from the usual “basic needs” of humanity which are food, clothing, and shelter.

Overall, data for the Philippines and other Southeast Asian and East Asian economies that are members or non-members of APEC point to the fact that the rich are getting richer, and the poor are not getting poorer, but moving into the middle class.

Freeing markets on health care, entrepreneurship, telecommunications and many other sectors will allow the poor to have better access to information, from better ways to do rice, chicken and fish farming, to building stronger houses, shops and buildings.

Bienvenido S. Oplas, Jr. is the President of Minimal Government Thinkers, Inc. and a Fellow of the South East Asia Network for Development (SEANET).
-------------

the explosion of analytics-driven decision making, the exponential growth of Big Data, the proliferation of massive computing power via "The Mobile Wave," the rapid migration of information and applications to the cloud, enormously rich social media databases, and the emergence of behavior-changing network applications are just several of these changes.http://guidemesupplements.com/derma-breast-lift/