For the lovers of "renewable energy only to save the planet", see this chart. Official data from the PH Electricity Market Corp. (PEMC), the one managing the Wholesale Electricity Spot Market (WESM). 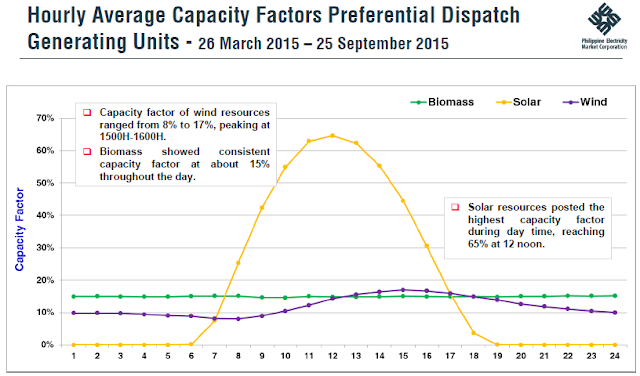 Wind would give only 8-17% of rated capacity. So those cute windmills in Bangui, Ilocos; in Pililla, Rizal; in Guimaras, etc., when the wind does not blow, zero electricity. When the wind blows, max of 17%. When the blows too much too, say during a strong typhoon, the turbine must be locked, or the wind blades might spin too fast and fly out and damage the windmill. 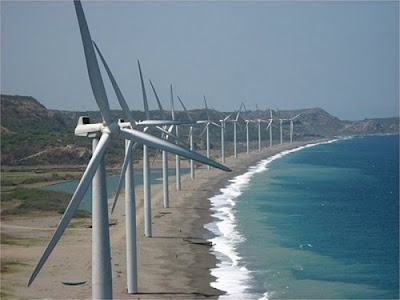 And those "beautiful" solar farms -- zero trees, zero rice or corn or sugarcane or chicken farm, houses, nothing. Only trapped heat, that gives zero electricity for 11 hours and ave. of 20% for the next 13 hours. This photo from a solar plant in Bais, Negros Or., by the Ayalas. Among the lousy projects of the Ayalas, collecting expensive electricity from the people. 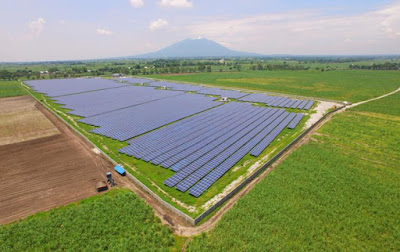 Among the reasons why tourism and hotel here in the PH is expensive, is expensive electricity. I once talked to Joey Lina, President of Manila Hotel about 8 years ago. He told me that their electricity bill alone was about P10 M a month. That's huge. Hotels are very electricity-intensive. Even if the rooms are not occupied, even if it's midnight, the hallways, lobby, etc. should have lights 24/7, the elevators should be running 24/7, etc.

And we pay expensive electricity via feed in tariff (FIT) for solar, wind, biomass and run-of-river hydro. Yeah, darkness and brownouts, expensive electricity is beautiful. Ask the North Koreans if this is true. And we see these news stories, certain businessmen are bragging that we electricity consumers should pay them high, guaranteed price and profit for the next 20 years. 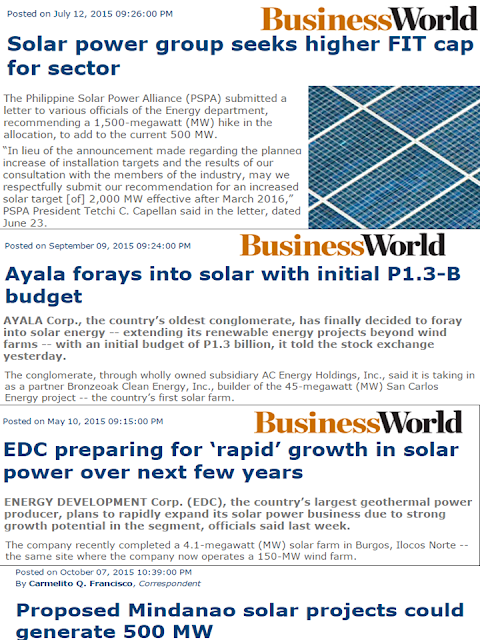 In competitive capitalism, there is no such thing as "guaranteed price" and profit for many years. There is only guaranteed competition, opportunity of expansion or risk of bankruptcy. Consumers are better off under this situation than under guaranteed cronyism.

One anomaly: PEMC leadership (headed by DOE Secretary + 2 govt corporations, PSALM and NPC), knows this thing, the foolishness of adding more MW renewables capacity with expensive FIT. The two immediate effects are (a) to destabilize the grid with intermittent, unstable, on-off power, and (b) raise the cost of electricity.

PEMC, if it is a really independent corp., should write to DOE to warn these things. But DOE cannot write to and warn DOE. DOE here can only support and continue the lousy system because DOE is also the main implementer of renewable energy law of 2008 (RA 9513).

"The single most important policy trajectory that government should focus on is how to help the viable plants to get built fast, and stop non-viable ones from ever being built, until they exhibit viability without need for any subsidy."
-----------