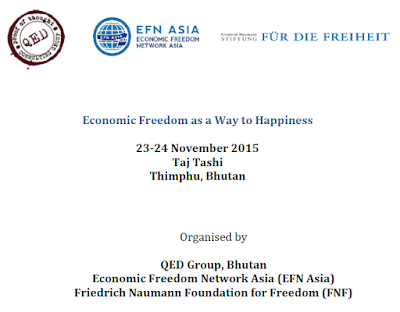 Here is the provisional program and some speakers for Day 1.

I start with the Master of Ceremonies (MCs). The MC for November 23 will be Ms. Tricia Yeoh, Chief Operating Officer, Institute of Democracy and Economic Affairs (IDEAS), Malaysia.


The MCs For November 24 will be
Karma Choden, Program Coordinator, QED Group, and Pett Jarupaiboon, Program Manager of EFN Asia and Human Rights, FNF, Thailand. Tricia and Pett are my good friends.

Welcoming remarks will be given by Thinley Palden Dorji, Founding Partner, QED Group, and Ronald Meinardus, Regional Director, FNF South Asia. The Keynote Speaker for the opening keynote address on “Economic Freedom as a Way to Happiness” still has to confirm.


Then the opening lecture, “Economic Freedom and Happiness: Data, Models and Results” by Fred McMahon, Fraser Institute Resident Fellow and holder of the Dr Michael A. Walker Research Chair in Economic Freedom, Canada. There will be two commentators: Pema Wangchuk of the Centre for Bhutan Studies and Gross National Happiness (GNH) Research, and Dr. Mahar Mangahas, President of the Social Weather Stations (SWS) in Manila. 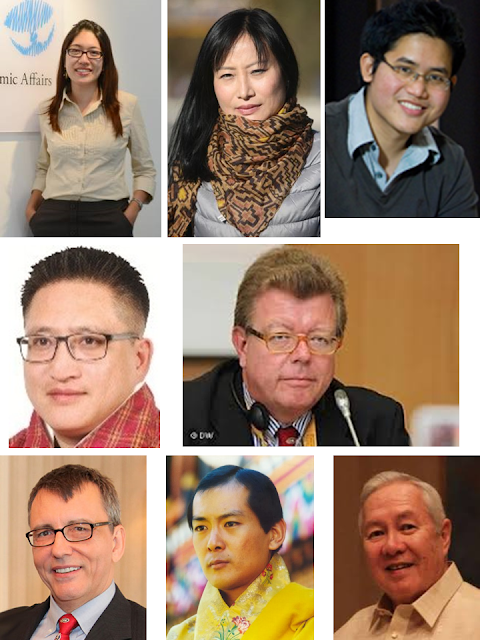 The second lecture will be about Combating Poverty through Economic Freedom with four speakers from Bhutan, S. Korea, India and Thailand.

This will be interesting: simultaneous lectures on Economic Freedom and Happiness. Five Fishbowls and topics:

I am curious what is that "Happiness Index" that helps Bhutan become prominent, here's what I found. 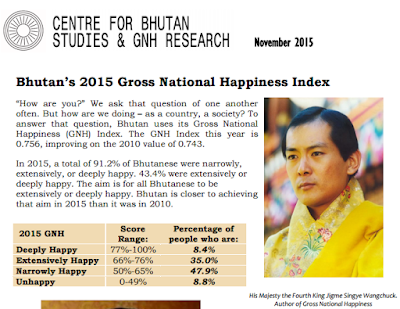 It is not an international comparison of which country has the most number of happy people compared to other countries. Nonetheless, it is another approach to measure people's well-being.

For me, the important thing to remember always is that where the people have more economic freedom and individual responsibility (freedom and responsibility must be intertwined, always), there is more happiness.