Another outstanding and critical posting in http://wattsupwiththat.com/ by Willis Eschenbach, Thirty Years of Subsidies, November 5, 2015. He pointed at the US federal government energy subsidies -- in the US alone (EU, Canada, Japan, etc. not included), in 2013 alone (previous years not included). 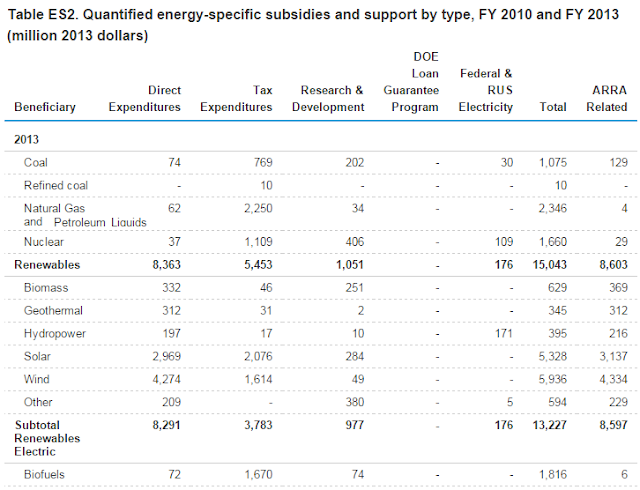 So is the US and the rest of the world shifting more to solar and wind because of those direct and indirect subsidies for them, vs. taxes and penalties against fossil fuel energy sources?

The sad answer is NO. Actual energy consumption by the 7+ billion people in the planet is mainly supplied by fossil fuels. 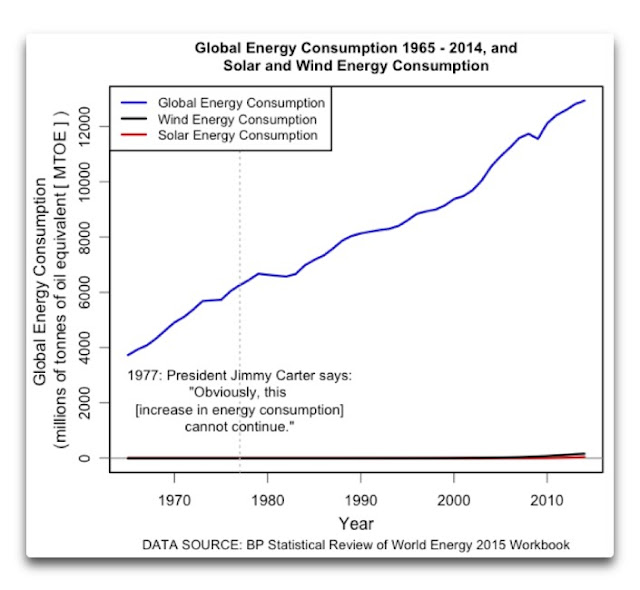 Three lessons, according to Willis:

1. So little our ~ hundred billion dollars in solar and wind subsidies has bought us. If that was supposed to be our insurance policy, it’s not only a failure, it’s a cruel joke.

2. Failure of these “We’re all DOOOMED!! We’re running out of energy!” kind of prophecies.