This morning, I was in a very short, live, one on one studio interview by host Quintin Pastrana at Bloomberg TV Philippines. Bloomberg is available only for Cignal cable subscribers.

A friend, Reuel Hermoso, was able to watch it and posted a photo in fb with a note, “Watching Noy sock it to government on Bloomberg PH TV.” Thanks Reuel. 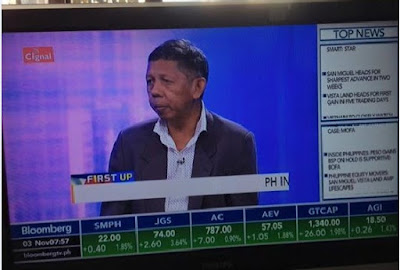 I know, I know, I'm not a good public speaker or telegenic on tv, that is why I persist on writing. Anyway, how did I get there, well, segment host Quintin Pastrana said he found my article last week interesting, so he asked for an interview. It was Bloomberg staff Skipp Victor Macadagdag who invited me by email.

I agreed to the interview partly because I was also curious how Bloomberg studio looks like inside. :-). Not big but lots of lights and cameras. 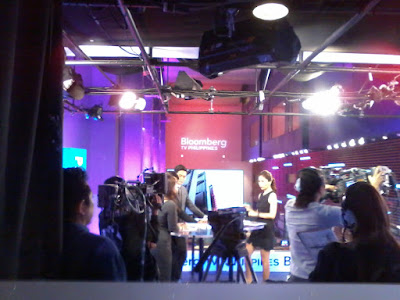 With just 3-4 mins interview, I delivered my main message in the 1st minute -- as people get more access to the web and more info, they become more impatient with government corruption, taxes, permits and bureaucracies. Government should cut those taxes and bureaucracies. 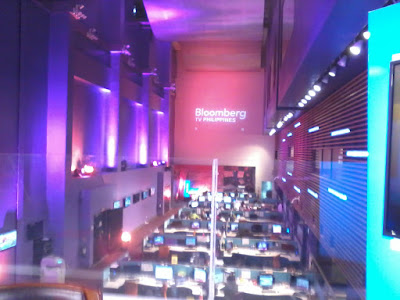 A friend suggested that with high corruption in PH government, "that could be the reason they want our internet to remain in Jurassic Park."

Actually if you check Table 1 of my article, you will see that the PH has the fastest expansion in internet access in the ASEAN and the rest of East Asia from 2010-2014. Coincidence, the PH also has the biggest improvement in global ranking in the ASEAN, reduction in corruption perception, from 85th to 134th, Table 2.