Two weeks ago, I attended the launching of  the International Property Rights Index (IPRI) 2015 Report in Kuala Lumpur, then I also gave a short presentation on IPR and the Trans Pacific Partnership (TPP) Agreement. 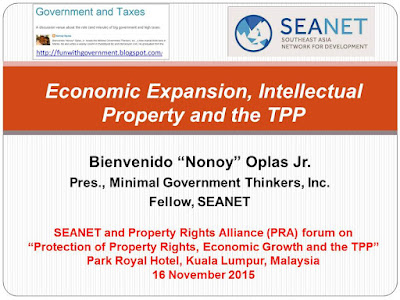 I showed portions of Dr. Ramon Clarete (University of the Philippines School of Economics, UPSE) paper during the UPSE-Ayala forum, Going Regional: Which Mega Trade Deals Should the Philippines Join? last February 2015.

He used the Gravity model of trade in estimating the level of bilateral exports or imports between two trading partners.

* Dependent variable: flow of trade between and among countries studied

And here are some results. 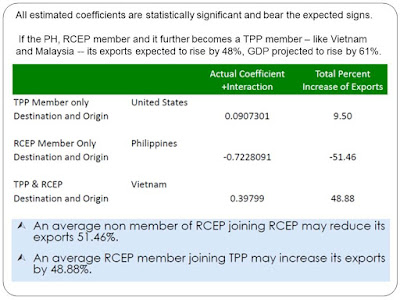 Then I briefly discussed my article in BusinessWorld that day, Property rights protection in APEC economies. Then I discussed the IPR on medicines aspect of the TPP. 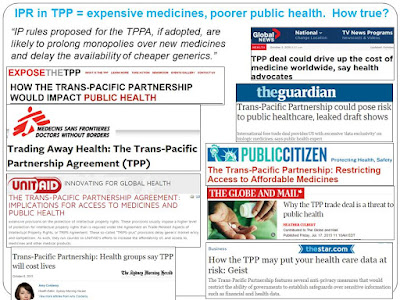 And showed actual texts in the TPP agreement.... 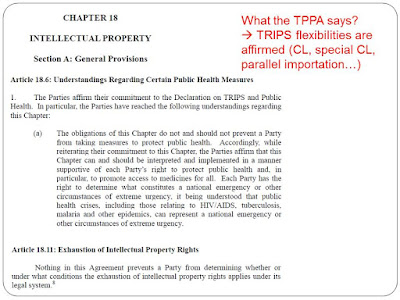 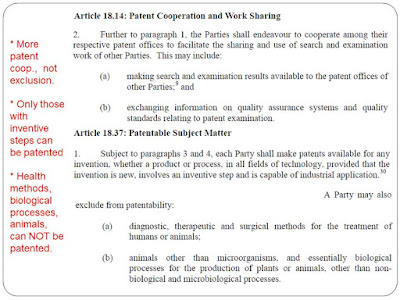 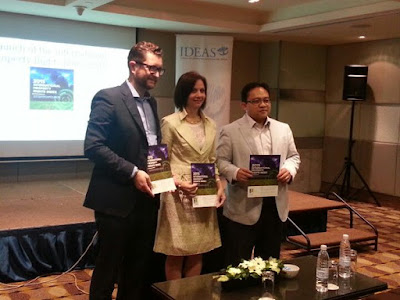 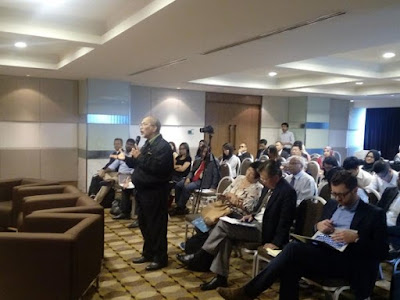 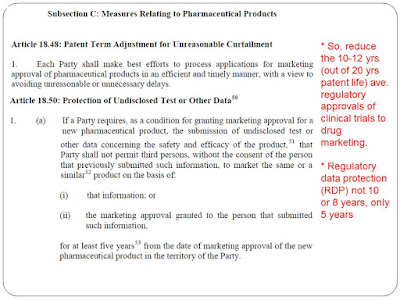 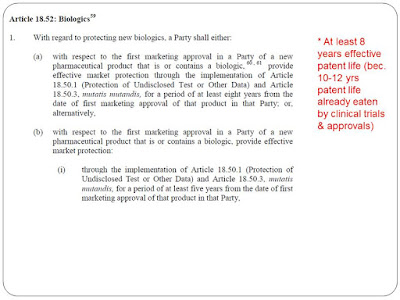 2. IPR health provisions in TPP are not scary, they do not reduce access to cheaper generic drugs. Existing TRIPS flexibilities are maintained.

3. It seems that the generic pharma lobby + the anti-capitalism, anti-globalization NGOs created more noise and fear than what the TPPA actually provides.

4. There is more to fear in government taxation of medicines, in mandatory drug price discounts and price controls, than IPR protection.

“IPR create incentives for businesses to invest in ideas, to develop new products, and to earn a profit from the sale of those products. This in turn leads to improved customer satisfaction, improved profitability, and greater employment opportunities.”
– Prof. Sinclair Davidson, RMIT Univ. (Econ Dept.), Melbourne, Australia.

The full presentation is posted here.