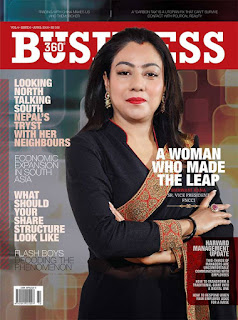 * This is my article for this monthly magazine in Kathmandu, April 2016 issue.

South Asian economies are a picture of high diversity in human and natural resources. While India has 1.3 billion population, Maldives and Bhutan have a combined population of only 1.2 million people. And while Nepal and Bhutan are high up in the sky, Maldives and many Sri Lanka cities are just a few meters above sea level.

It is this diversity that provide South Asian economies  good opportunity for growth and modernization. There is only one Himalayan mountain range in the  planet and they are in the region. The beach resorts of Maldives and some in Sri Lanka are world class. And more needs to  be done, like the infrastructures to develop modern ski resorts and cable rides in the  Himalayas in the future need to be laid out now. The need for more airline liberalization and competition, airport modernization and electricity supply stabilization, should be put in place too. 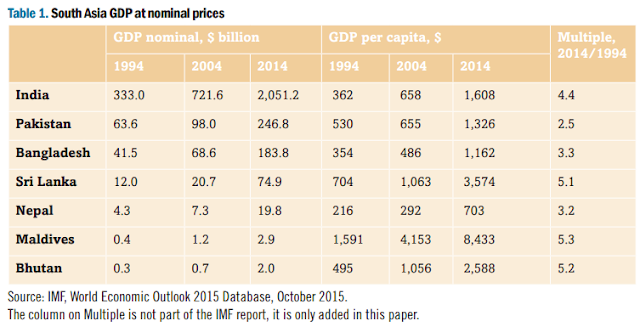 To adjust for inflation and high pricing in many rich countries, the purchasing power parity (PPP) valuation of country GDP is used by many economists and foreign aid agencies to make a more comparable estimation of GDP sizes and per capita income.

Pakistan and Nepal managed to double the per capita income of their people in  two decades, while their neighbors saw a 3x to 4x economic expansion over the same period.

Source: same as above

A number of South Asian economies are not liberalizing fast enough. That is displayed by  rather low expansion of their GDP sizes.

In comparison, four South East Asian economies that liberalized only over the past two decades, and liberalized fast enough, have experienced GDP expansion of 5-6 times in just two decades. These are Cambodia, Laos, Myanmar and Vietnam (CLMV).

Speeding up the pace of trade and investments liberalization allows quicker reallocation of resources – people, capital, technology, land – to sectors where they are most needed. Price inflation signals people where they will be compensated higher, as workers, managers or entrepreneurs. 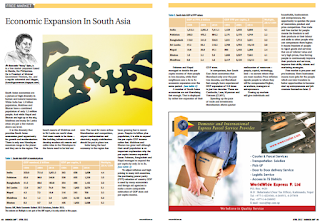 Freeing up markets will give individuals and households, businessmen and entrepreneurs, the opportunity to quicken the pace of innovation, product and price competition. Free trade and free market for people means the freedom to sell their products or their labor and skills to other people who can compensate them higher. It means freedom of people to reject goods and services that are of inferior value and very high prices, thus forcing people to continuously improve their products and services, improve their skills, talents and marketing strategies.

Posted by Bienvenido Oplas Jr at 1:38 AM