I am from Cadiz City, Negros Occidental. Our house is not at the city proper but in a barrio along the national road, same barangay, about 3 kms. from the famous, biggest solar power plant in the Philippines and SE Asia. Am here to visit my sick father in the  hospital. The other day, I went around and visited the facility, just outside. 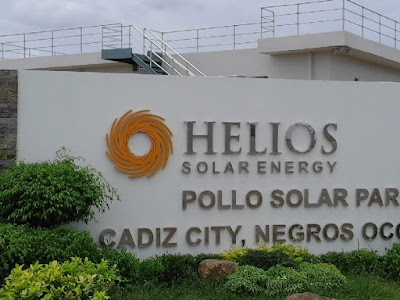 The National Grid Corp. of the Philippines (NGCP) put up a sub-station there, so that power generated from the plant is directly fed into the grid. Solar, wind, biomass, run of river hydro are priority dispatch in the grid, based on the RE law of 2008 (RA 9513). 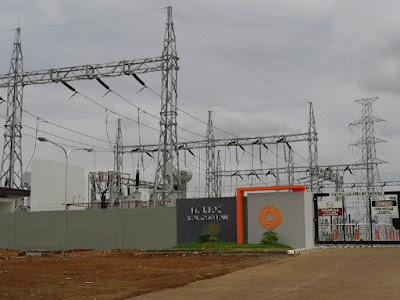 The area used to be a sugar cane farm. The plant's rated or installed capacity is 132 MW, quite big, occupying some 176 hectares, cost P10 billion. Perhaps the area is larger, if the buffer zone between the two fences is included. The usual ratio for solar is 2 hectares of land per 1 MW of installed capacity. 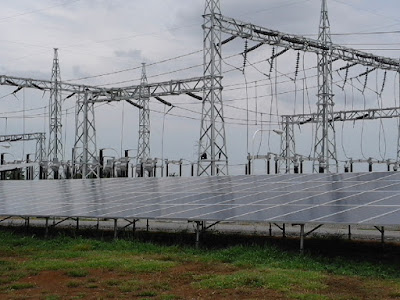 This is the view from St. Peter's The Garden memorial garden. My mother was buried here last year. Notice something -- no trees around the solar farm. Not one. At the background are several mountains, Mt. Silay, etc. 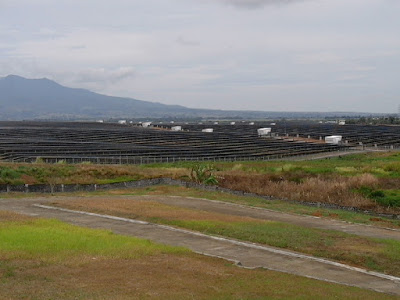 A view from outside the gate. The guard allows taking photos outside the perimeter fence. Again, not a single tree is allowed. Solar power's main "enemy" is shade -- from clouds and tall trees -- they immediately bring down solar output. 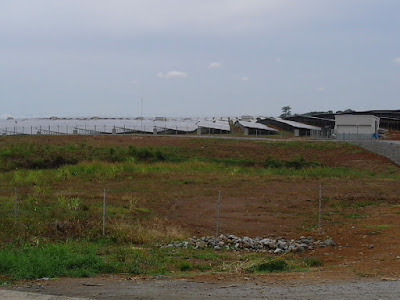 The view from a road going to/coming from Hda. Paz proper. Two fences, outside fence is ordinary wire, fence inside is electrified + there are roving guards. 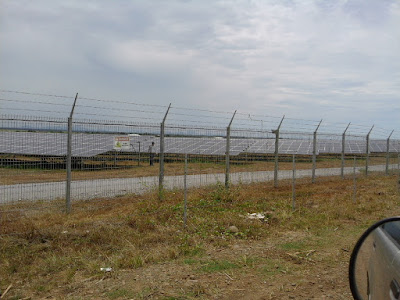 Another view from a road going to Hda. Paz. Some locals there say that if it's a cloudless day, the heat reflected back by the solar panels can be felt by them. Others say they don't feel such extra heat. 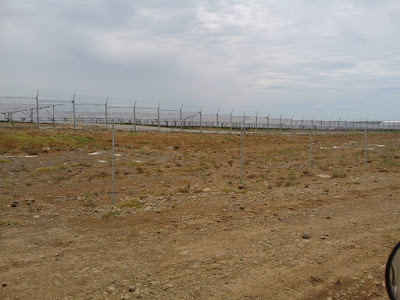 Helios power was inaugurated last March 03, 2016. It was big news in Negros and in some national newspapers. 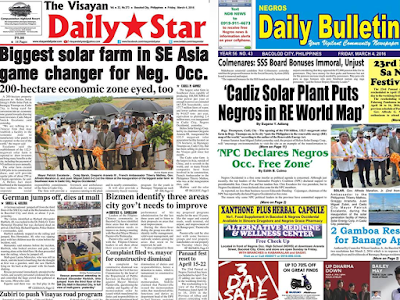 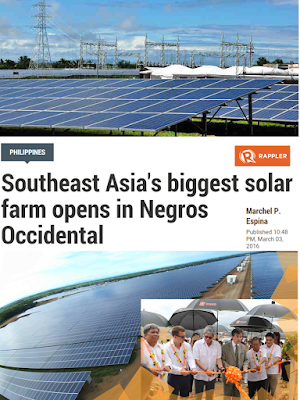 Again, I am not against solar, wind, biomass, etc. What I am against are the various subsidies, fiscal favoritism that are given to them but not to coal, natural gas, geothermal, big hydro.

Posted by Bienvenido Oplas Jr at 4:44 AM