Some news reports in the first week of 2017, last week, except the report from Vietnam, mid-December 2016. 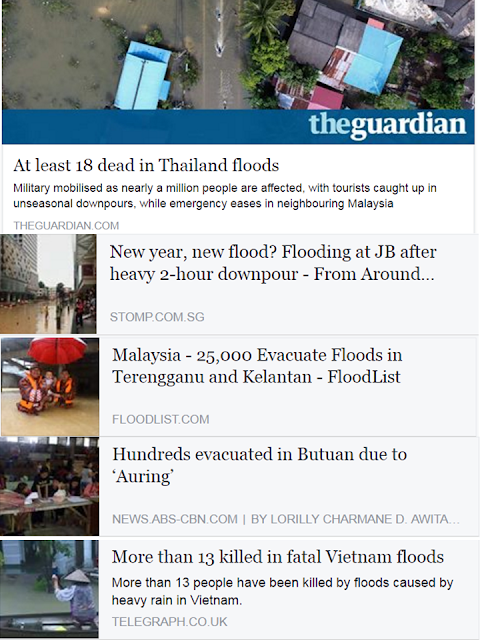 When I drove from Iloilo to Manila last week January 01, it was a wet New Year in Panay island (4 provinces of Iloilo, Capiz, Antique, Aklan), also in Oriental Mindoro on January 02. Arrived Batangas then Metro Manila in the afternoon, a bit cloudy but dry.

Cloudy whole day yesterday in M.Manila and surrounding provinces, rains from noon to evening. Today another cloudy day but no rains.

Meanwhile, here are some photos during the "Habagat" or moonsoon rains of August 2013, nearly 2 weeks of almost non-stop rains. At a flooded street in front of our gate :-) 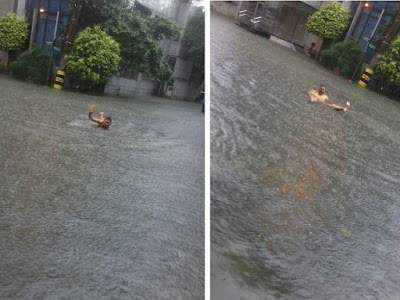 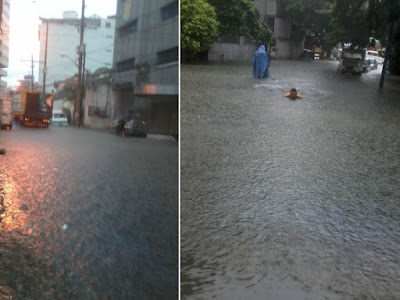