Mr. Trump has a foul mouth but in terms of climate and energy policies, he is a realist, not alarmist. Now the world should begin to realize that climate change is mainly nature-made, not man-made.

Below are some fb updates from world famous climatologist, Dr. Roy Spencer of UAH last January 15, 2017:

"good news, looks like my friend Will Happer is one step closer to being Trump's Science Advisor."

"I've helped Will come up to speed on climate issues over the years...
Will is familiar with government service and the press, he will play by the rules. Definitely not a loose cannon."

"It now looks like my co-conspirator (and boss) John Christy is being floated to head NOAA. I can't see any other reason for his name to be mentioned in this new article by James Delingpole (James will probably neither confirm nor deny his intention-- wink wink nudge nudge). John has said it's the only position he'd consider taking, and I recommended him for it to two Trump transition team members. The downside is we really need him here in Huntsville...but he'd do a great job as NOAA Administrator." http://www.spectator.co.uk/.../stop-worrying-about-trump.../

"... John "knows" NOAA, their mission, and is an expert on thermometer measurements. He's a good scientist AND manager. I'd like to see him get to the bottom of the thermometer adjustment mess...it won't be easy. He's been working with Anthony Watts and others on what I believe to be the best analysis of U.S. temperature data. I'd LOVE to see that work get legs....

again, we are just reading between the lines here. He has not yet been offered the position. John alerted me to the new article, and I believe it's the second "trial balloon" that has been floated with his name." 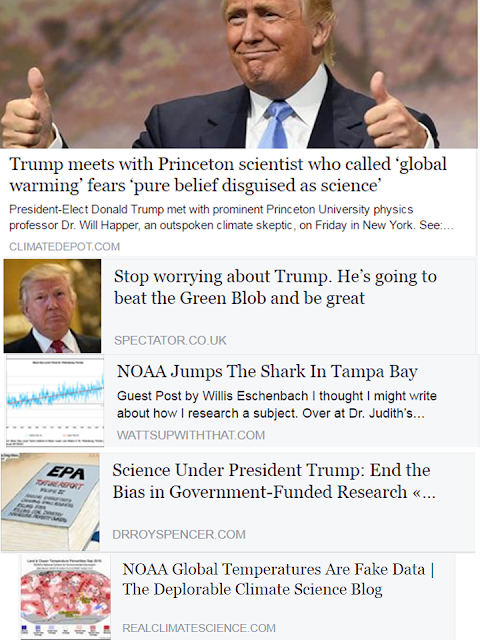 There were 2 other GOP candidates who were skeptic of "man-made" CC, Ted Cruz and Marco Rubio. But I doubt if pushed to the wall, they will challenge the climate establishment heads on. Seems that only Trump has the ball to take the huge climate alarmism establishment.

Roy W. Spencer I agree. No one else would dare challenge the orthodoxy. Too many powerful people invested in green schemes.

Todd Foster "John Christy is being floated to head NOAA..." Will I ever get tired of such win. And that's Trump's biggest asset. His complete inability to be cowed by a media that fewer and fewer even trust. Yes, he'll take a beating from the howling monkeys of the press but he'll just keep pushing on, to higher approval ratings. 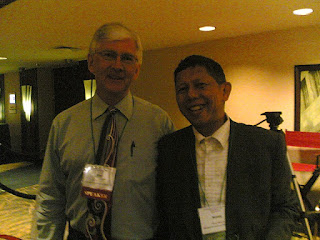 When I attended the 4th ICCC in Chicago, still sponsored by Heartland, I was more familiar with the basic concepts. Solar irradiance, GCRs, PDO, AMO, cloud feedback, UHI, datasets from UAH, RSS, and so on. When I saw Dr. Spencer during a coffee break, I asked for a selfie with him, he gladly obliged. I was awed, so happy to stand beside this huge, giant mind in climate science :-)

More articles here. This one is from new friend in fb, Willis Eschenbach. I think Willis was also present in the 2 ICCCs that I have attended, but I did not know him then.
"These NOAA claims of wildly accelerating rates of sea level rise are not science in any form. They are government sponsored hysteria, and whoever did this at NOAA should resign.

Unfortunately, the costs of this rampant alarmism will be huge, as coastal communities will struggle to comply with a meaninglessly exaggerated risk." -- https://wattsupwiththat.com/.../noaa-jumps-the-shark-in.../

"In my opinion, we are an over-regulated society. Over-regulation not only destroys prosperity and jobs, it ends up killing people. And political pressures in government to perform scientific research that favors biased policy outcomes is part of the problem.

Science is being misused, prostituted if you wish.

Yes, we need regulations to help keep our air, water, and food reasonably clean. But government agencies must be required to take into account the costs and risks their regulations impose upon society." -- Roy W. Spencer http://www.drroyspencer.com/.../science-under-president.../
--------------