Friendship with ATR and Grover Norquist

I have met the President of the Americans for Tax Reforms (ATR), Grover Norquist, also visited their office in Washington DC, first time in 2004. I was then an Atlas' International Fellow and was meeting free market leaders in the US.

I have no photo of that meeting in 2004, but the 2nd time I met Grover again and his ATR team was in Honolulu, Hawaii in 2007. ATR, IPN and several other free market think tanks sponsored the first Pacific Rim Policy Exchange (I shortened it to PRPX). Below from left, with ______, me, Mr. You of the Japanese for Tax Reforms (JTR), Grover and his wife. 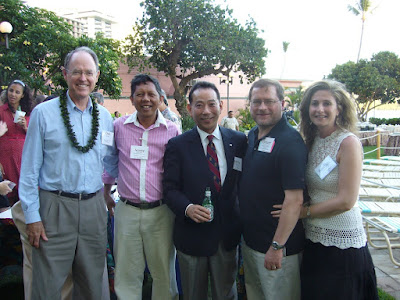 Then ATR sponsored me to participate in the 2nd PRPX in Hong Kong in 2008, then 3rd PRPX in Singapore in 2009.

Photo below: (a) with Bjorn Tarras-Wahlberg, then President of the World Taxpayers Association (WTA) and Grover, in Singapore in 2009.

(b) 4th PRPX in Sydney, Australia in 2010. With Peter Wong of Lion Rock Institute (LRI, HK), Grover and Jim Lakely of Heartland Institute. 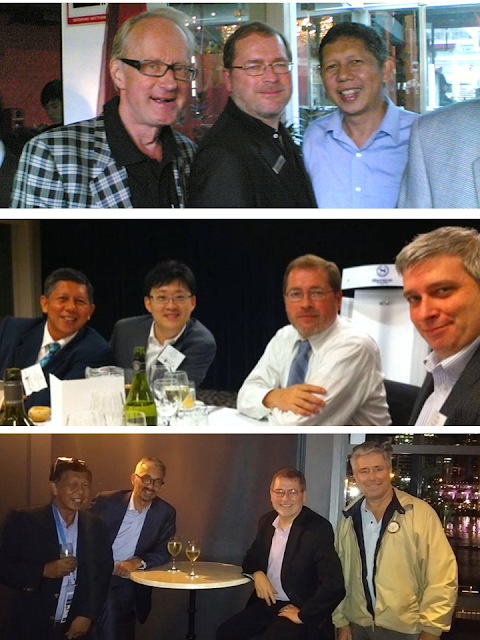 I was happy to meet Grover again last May, after 10 years, also in Sydney. Plus his trusted leaders in ATR, Chris Butler and Lorenzo Montanari.

I am grateful of this friendship and partnership with ATR and PRA people. Thanks Grover, Chris, Lorenzo.
Posted by Bienvenido Oplas Jr at 5:11 PM