Some good news in the world energy sector here. One, world oil prices keep falling, WTI is now only $51+ per barrel vs $62 a month ago and $75 in early October 2018. Two, the US cemented its role as the world’s largest oil producer, its output now 12.4 million barrels per day (mbpd) vs. 8.8 mbpd at the end of the Obama administration. Three, the oil-price decline is despite joint OPEC + Russia oil production cut to force higher prices. China is perhaps the world’s biggest oil consumer but it remains a mid-tier oil producer (see table 1). 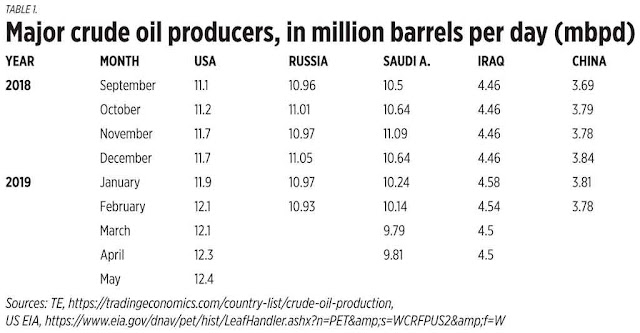 President Trump and the US are winning the battle to keep world oil prices low. Saudi, the rest of OPEC and Russia are losers to force high oil prices. Russia and President Putin hate low oil-gas prices, these being their main bread and butter.

At the Jeju Forum for Peace and Prosperity 2019 conference in South Korea last May 29-31, I attended a panel discussion on “US-Korea energy cooperation.” The speakers were Melissa Simpson of the US State Department, Geoff Moody of the American Fuel and Petrochemical Manufacturers (AFPM), Prof. Shim Shangmin of the Korea National Diplomatic Academy, and Prof. Jung Yonghun of Ajou University.

Prof. Shim explained that the South Korea government energy policy now is to shift away from nuclear and coal power and move towards renewables wind-solar. He is not very optimistic about power reliability and lower prices though. Prof. Jung emphasized the need for more US-Korea cooperation given the rising energy needs of his country.

The Friedrich Naumann Foundation for Freedom (FNF) sponsored a panel on “Smart cities” and one of its three speakers, Prof. Hwang Jie-Eun of the University of Seoul, partly mentioned the role of cheaper energy in SME tech start-ups in the Sewoon Campus project.

Here in the Philippines, three recent reports in BusinessWorld are worth noting:

Report #1 shows that until today, we still lack sufficient power, stable and reliable power that can run 24/7 and not dependent on weather. Report #2 shows further energy cronyism via legislation while trying to expand intermittent and unstable solar power. Report #3 shows how some lobbyists spread fake news, that the Philippines has big coal power already and we need to cut or discontinue more coal power plants. Far out, see table 2. 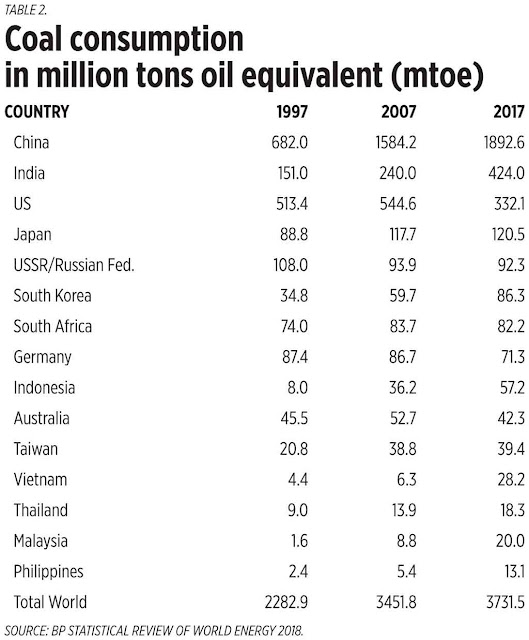 The “smart energy” policy for the Philippines and other developing countries is to keep using conventionals — oil, gas and coal, even nuclear. With continuing rise in US oil-gas-coal production and exports, the prices of these three conventionals will further stabilize at low, competitive levels.
----------------