After the minesweeper USS Guardian ran aground on Tubbataha Reef, the US apologized, conducted an investigation, fired the USN senior command officers, paid for removal of the wreck, and paid compensation for the damage.

After the destroyer USS Stethem ran into an unlighted Philippine fishing boat in Subic Bay, causing it to capsize and sink, the ship stopped and rescued the fishermen. The US conducted an investigation, fired the USN captain in command, and paid the fishermen compensation for the damage.

These were US Navy ships, so not only did they fly the US flag, they were also direct agents of the US Government.

Now, we have a presumably private Chinese fishing vessel that is supposedly not in government service. It clearly ran through and sunk a Philippine fishing boat, and abandoned the fishermen to fend for themselves and possibly die. And the PRC Government's reaction is to try to pin the blame on alleged unidentified "Filipino fishing boats."

Which one do you think acts more like a friendly, credible and responsible maritime power?
------------

Also a good observation from another friend, Atty. From Lorenzo B. Ziga, fb post yesterday:


There is a virtual chorus of government officials mitigating as unintentional how a Chinese vessel rammed into fishing boat manned by 22 Pinoy fishermen from Mindoro and sailing away post haste leaving them trashing about desperately in the depths of Recto Bank at midnight.

Next thing we hear may be is that the 22 fishermen actually decided to take a midnight swim.
This is about the same as saying The Japanese Imperial Army did not intend to invade the Philippines in 1941 but were really on an extended goodwill tour. 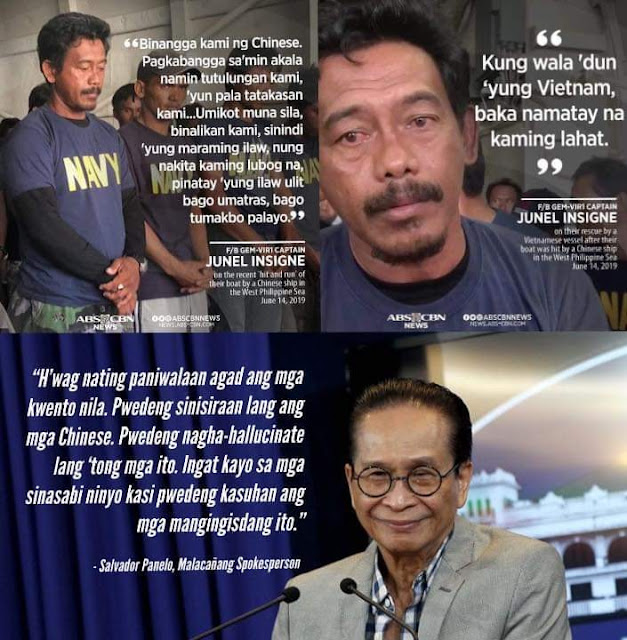 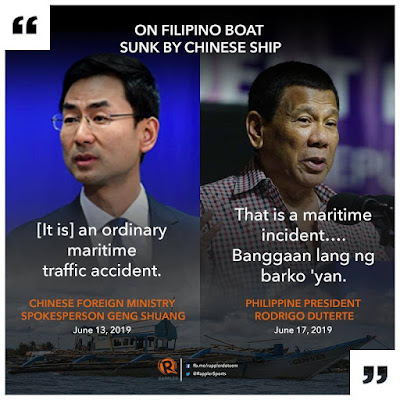 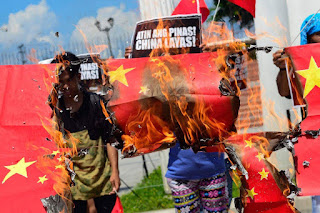