The China communist government's propaganda is spreading lots of fake news, like the following:
(1) They "own" all areas in the 9-dash line SCS/WPS,
(2) Their sponsored (but failed) #extraditionbill is good for HK people,
(3) They are non-protectionist, low-tariff economy and Trump "started the trade war" with high tariff, China simply retaliated.

Lies. Dishonesty. Fake news. But somehow they are successful in distorting facts and many people (especially Trump-haters) seem to believe them esp. #3. But look at the numbers who are the real protectionists. 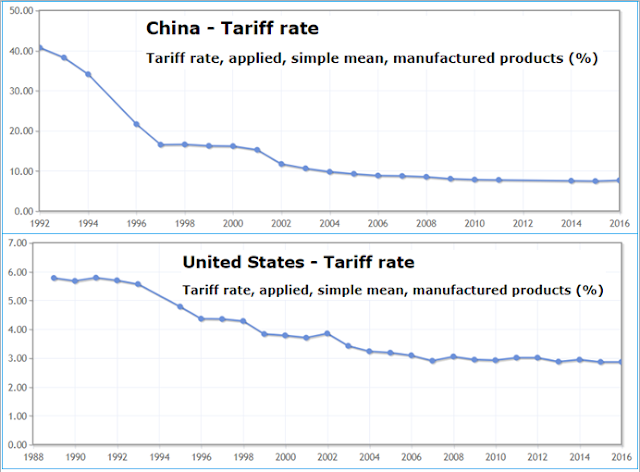 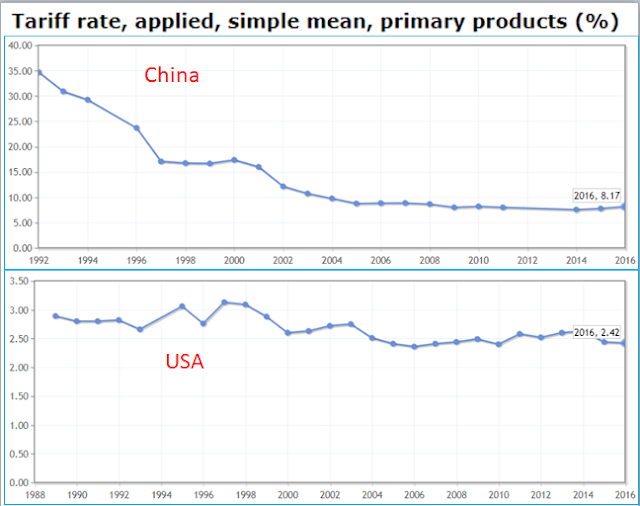 Now see this story for instance,

"Trump started the trade war by levying new taxes on $250 billion worth of Chinese exports. China retaliated both by increasing the duties Americans face..."
https://www.theatlantic.com/ideas/archive/2019/06/chinas-two-pronged-trade-war/591877/

Garbage. Fake news. China is the real protectionist, since many decades ago, and former US Presidents Obama, Bush, Clinton, etc. did not push China hard enough on its high tariff, IPR stealing plus various non-tariff barriers (NTBs) policies.

Here's one reality about China,