* My article today in BusinessWorld.

Among the factors given why President Duterte’s Senatorial bets won and shut out the opposition in the May 2019 Senatorial elections were: a. high popularity of the President; b. high visibility of his build-build-build programs; c. reduction in inflation in 2019; and, d. failure of the opposition to convince voters that they are the “right group to lead the charge.”

These were contained in the articles written by fellow columnists in BusinessWorld, particularly:

4. “Vox populi” by Romeo L. Bernardo (June 24).
I think what was missing among those analyses is that the Duterte administration has expanded welfarism and endless subsidies to the public regardless of their impact on the budget deficit, public borrowings, and need for more taxes. In short, Duterte has bribed the voters with more freebies on top of existing ones to get more votes.

Consider what the administration has expanded so far: 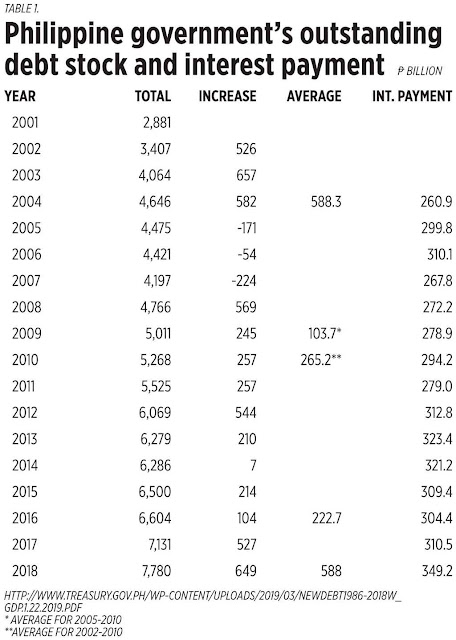 More welfarism, subsidies, and freebies with no timetable means more waste and social inefficiencies. Even the non-poor (like many college students in SUCs like the University of the Philippines) were considered poor and hence, became entitled to more freebies.

We need less welfarism and freebies. We instead need to cut taxes and regulations, encourage more entrepreneurship and job generation by the private sector. Then state dependence will decline and more self-reliant citizens will flourish.
---------------