Makati City is the premier financial district of the Philippines, a country of about 95 million people. The tallest and among the most modern buildings in the country are found in Makati. 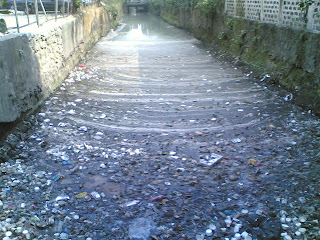 But one will be dismayed at how ugly and dirty some creeks Makati has. Like this one, at the back of People Support building in Ayala avenue, at a bridge in front of Makati Medical Center (MMC). MMC is one of the most modern and most expensive hospitals in the country. I took this and the next 2 pictures last weekend. 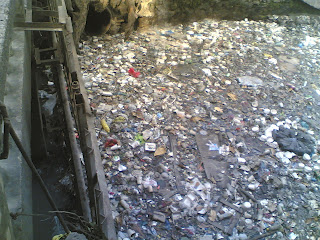 Huge amount of solid waste are deposited behind this bridge with metal grilles to prevent the solid waste from moving to the other side of the creek, which will go towards Amorsolo St. The City government would sometimes send a backhoe and a truck to collect this huge pile of dirty solid waste, but there is no regular and scheduled collection of the garbage. 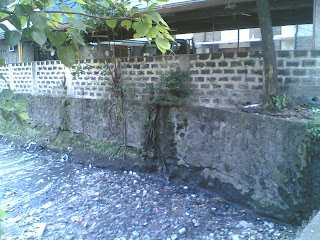 This side of the bridge is the office of the Makati Parking Authority (MAPA), one office of City Hall in charge of managing traffic along Ayala avenue and neighboring streets, and raising lots of money for the city government with various penalty fees and charges from erring motorists. There are many traffic regulations and prohibitions in Makati, especially in the commercial business district (CBD). Where there are plenty of prohibitions, there are plenty of violations, and plenty of revenue collections by the city government. 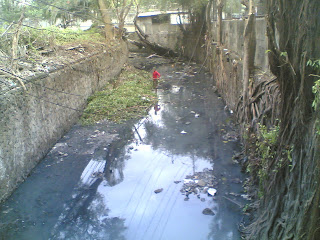 This is on a creek in Buendia or Sen. Gil Puyat Ave., near MAPUA. The creek is dirty, but at least the city government has cleaned the various branches and young trees on the creek itself, which tend to block the free flow of water during flash flood. Good work by the city government here. Picture taken yesterday. 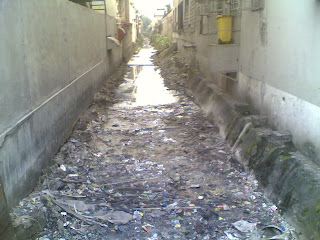 This one is on a creek between Yakal and Bagtikan streets, not far from Ayala and Buendia. The good thing is that the city government has cleaned and removed the young trees and branches of already big trees here, which can possibly host snakes and other dangerous animals. The bad thing is that this creek is not regularly cleaned. I took this picture and the next just this morning. 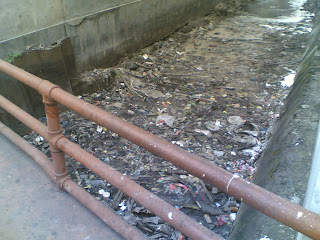 Big amount of solid waste brought down by flash flood during heavy rains. This bridge is in Pasong Tamo or Chino Roces Ave., between Yakal and Bagtikan streets. The City government also cleans this bridge and creek but often after several weeks and months, there is no regular schedule in cleaning it, so the garbage can pile up to ugly and unsanitary level.

I will post more pictures and stories on dirty creeks of Metro Manila in future articles.
Posted by Bienvenido Oplas Jr at 11:33 AM

FYI , barangay San Lorenzo has already assigned creek cleaners who will clean, dessilt the garbages in urban creek area. thats beside the mapa office near makati med.they were assigned to clean it regularly.

Thanks for the comment. Yes, I see that the creek in front of Makati Medical Center is now regularly being cleaned. I have taken photos of the newly-cleaned creek actually but have not written a follow up blog on this.

Please keep those creeks and other water bodies cleaner. Cheers.