External threat and the Navy

A friend from UP, Rommel Banlaoi, wrote in Newsbreak online and in his blog, Tough job for new Navy chief. Rommel wrote,

Rear Admiral Alexander Pama has assumed as the 32nd Flag Officer-in-Command (FOIC) of the Philippine Navy. Like his predecessors, Pama is faced with the enormous challenge of modernizing one of the most ill-equipped navies of the world.

In his assumption speech, Pama vowed to seriously implement the Navy Sail Plan 2020, which aims to make PN “a credible Navy that our maritime nation can be proud of” by 2020....

Out of the 53 ships in the Navy inventory, only 25 are declared operational. The Navy only has 32 active vessels to patrol 36,000 nautical miles of Philippine waters. While it has present defense capabilities against surface and ground targets, it has limited capabilities against air targets....

Rommel then posted the paper in his facebook status. I started debating him there :-) 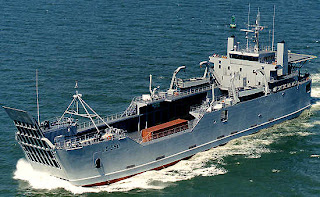 Just what is the mandate of the Philippine Navy (PN)? To defend the archipelago from external aggression? Then we don't have it. I believe there is no serious external security threat to the Philippines, yesterday, today and tomorrow. If the PN says its "new" mandate is to run after smugglers and bandits, then it's mainly a police function.

Rommel suggested that "There is no immediate threat of external aggression to the Philippines... But we have external security concerns with Malaysia over Sabah and with China, Taiwan, Vietnam, Brunei and Malaysia because of Kalayaan Islands..."

I don't believe this "external security threat". Like what, they will invade Mindanao or Palawan over Sabah and Kalayaan islands? If you ask the AFP officials who probably wish they can have P200 B per year of our tax money, they will quickly say Yes. But me as a private taxpayer, I say they are just creating or exagerrating a ghost, all for more money and power.

Another person (I won't mention his name here) suggested that "If we really want a modern Navy, then we just have to buy it. Resources to me is not an issue. There are a lot ways if we really want to. Political will is what is needed."

This is wrong - "resources is not an issue". If there are no resource contrains, then why do we have about P300 B per year in budget deficit? Why the recent scramble to float $1B in peso bonds, and other schemes to borrow big time? 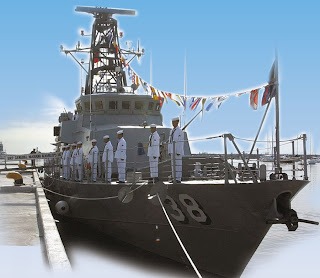 I also don't buy the belief that "modernizing our navy is a matter of national pride." Can we really be proud if every year, each single year, for the past 30 years or more, we have a beggar government borrowing left and right from local and foreign lenders, to sustain the huge government bureaucracies?

I only see 2 maritime threats in the country: bandits and pirates like the Abu Sayaff kidnappers, and smugglers of huge firearms and bombs for private armies. Controlling these, I will concede that we willl need a modern navy or maritime police. But please, do not use the "external security threat" bogey, it's far out.

China will become even richer if it will send thousands of containers of cheap toys, appliances, etc. than sending its tanks and army here. The same with Malaysia, Vietnam, etc.

There is one comment from one person in exchanges in Rommel's note that struck me. He said,

There are lot of ways other than just buying. Bilateral agreements like X deals. I knew one deal sometime in the '90's where the Royal Air Force of UK offered our government and the AFP for free air assets that were stationed in Hongkong with just one requirement: buy spare parts from them. This was rejected for only one reason: no one will profit from that deal. Other governments are willing to help if we really want to help ourselves.

One can dismiss this as just a "conspiracy theory", especially if one is from the AFP leadership. But this is not an isolated view or observation. I have heard or read similar instances, where certain government officials reject programs that will save the public with lots of tax money, if they will not personally profit from those public transactions.

The Philippines has no external security threat. Foreign diplomacy is the cheapest and quickest way to resolve whatever perceived "external security" problems. Lots of regional and international fora to pursue this: ASEAN, APEC, ASEAN-China FTA, BIMP-EAGA, among others.
Posted by Bienvenido Oplas Jr at 10:28 AM

Diplomacy has no voice without muscle. So what happened to your point of view with what China is doing in Bajo de Masinloc now?

Sir, I do not know where you got the idea that there will never be any external aggression for the Philippines. For one, the Kalayaan Island Group have always been an area of contention here in Asia so your claim is unfounded. Now that China has been flexing its muscle with the Philippines at the forefront of the heated tension, what can you say?

Hi, thanks for the comments. When I said "The Philippines has no external security threat", I meant threat of invasion of Luzon or Mindanao mainlands, or any of the big islands in the Visayas and other provinces in the country, is zero. It's only those tiny islands, even shoals and rocks in the middle of the wide sea, that are under contention. We launch endless, wide diplomatic offensive worldwide, internationalize the issue often, the China communist government will later be embarrassed and agree to a non-confrontational, non-military way to settle the dispute.