Rationality and practicality is sinking in the minds of the Aquino administration. Faced with endless borrowings every year to finance huge annual budget deficit and an ever-rising stock of public debt, more taxation can never be a wise solution. The better solution is for government to raise revenues out of its existing assets, via privatization. 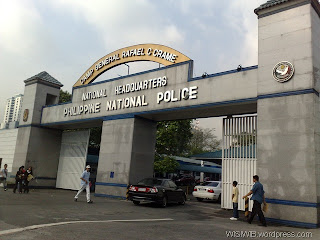 The best use may not be having government right there,” he said, adding that the properties could be privatized and the proceeds used “to develop the property for best use, so we have a win-win scenario.”

Citing examples, Purisima mentioned a 40-hectare property of the Department of Health in Cebu, the New Bilibid Prisons compound (“343 or so hectares”) in Muntinlupa City, and the penal colonies in Davao and in Iwahig, Palawan. 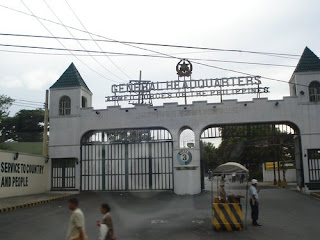 And then there are Camp Aguinaldo and Camp Crame, which sit across from each other on Edsa.

“We have military camps in the city. Do we need these camps in the city? I’ve had discussions with Defense Secretary Voltaire Gazmin [and he and others are] all very supportive of the fact that Aguinaldo and Crame should probably not be there,” Purisima said. 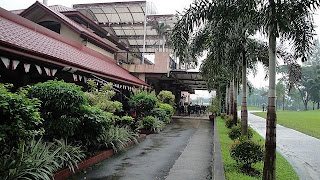 In addition, Camp Aguinaldo is also known for its huge golf course, right beside EDSA, the busiest road in the country. Taxpayers have to pay also for the maintenance of this golf course via the AFP annual budget. These 2 pictures are taken from golfcoursesmanila.blogspot.com. 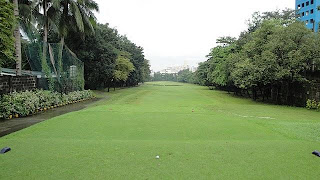 So it's not true that the AFP guys are neglected and "kawawa". To have a big, non-revenue-earning for taxpayers golf course right in the middle of a highly commercial part of Metro Manila and still getting billions of taxpayers money annually, is luxury.

Horrayy to this new development and improved sanity in government. Endless borrowings and fiscal irresponsibility is fatal -- look at Greece and Ireland now. Privatization of certain government assets is the win-win solution for both the taxpayers and the various government bureaucracies.
------