After posting in my facebook status the PhilStar article re DOH Sec. Ona’s proposal that PhilHealth will soon cover stem cell treatment (SCT), several physician friends commented, below. The images I got from the web, I just added them here. 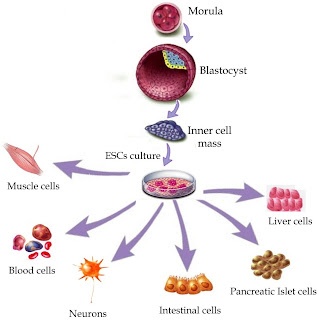 It infuriates me Nonoy. Patients should not be made to undergo treatment that has not been proven to be safe and effective. And to pay for that is nothing less than unethical, bordering on malpractice. –

Soon every doctor will buy ADI stem machine with rebates and referral system will be in place creating a huge pyramid scam - medical tourism type concept. Why would past PMA leaders band together and risk their image ( ???$? ) and engage the doh secretary. This is to lend credibility to the PSSCM grand plan. FDA has been used too.

Philhealth will be used here. After August 31 deadline, SCT will go big time. With skin regeneration given FDA approval based on FDA new set of guidelines, our kasam Bahay s have plans of having SCT ahead of us.

Philhealth money will be squandered for SCT rather than for building hospitals in the country side , salaries of healthcare professionals, research, PGH renovation, improvement of Fabella hospital, Jose Reyes Hosp, renovation of the dilapidated FDA office in Alabang the only eye sore in posh Alabang area. The stem cell centers in manila will be magnet for more tourists - it's fun in the Philippines. Great plan.

Noy, it seems that the article merely shows that the Secretary is friendly to local stem cell therapy practitioners and that specific supplier of stem cell activator equipment.

Having stem cell therapy covered by Philhealth cannot be done unless it is of proven efficacy for treatment. Our present coverage at thus time is even focused on therapeutic and not on preventive healthcare.

Donm. I have respect for sec Ike. But kindly advise him to extricate from PSSCM. He's being used and people will never stop speculating about the motive. I am getting frustrated seeing sin tax gains for Philhealth will go to unproven treatment. I have gone around the country and I have been receiving a lot gory stories about stem cell practice. We don't want this to happen to our healthcare.

Nonoy, I think the preventive aspects would better be addressed by other agencies of the national and local governments. PHILHEALTH being an insurance organization merely provides a form of health care financing. It bases it's health related expenses on statistics and claims management experiences.

I agree that scientific collaborative effort is necessary and such is undertaken in the private sector. Sadly, more often than not, there are always, though subtle, commercial undertones. Not that the commerce aspect is evil in itself, but to cite a quote, "temper their greed". 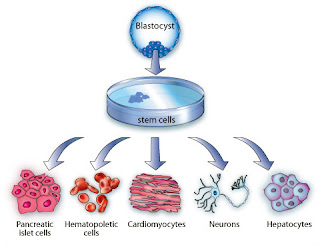 This is what happens when a clinician with limited administrative and executive experience becomes DOH secretary. It seems to me that Dr. Ona is still having a hard time dissociating himself from his practice. I fully understand his excitement over the progress in stem cell research. I myself am also very enthusiastic about its possibilities. However, Sec. Ona should refrain from making irresponsible statements. He must always keep in mind that he represents a national office. As such, he must be clear if a statement is his personal opinion or an official stand. For example, in the statement, "“Our dream is that when this type of therapy already has a standard of care, its cost will definitely go down. By then, hopefully, (PhilHealth) can offer it already” who exactly was he referring to with the pronoun "OUR"?

Hello and good am Tony!

I am texting to disown any involvement of the PMA Board in any of the media publications of the Phil Society for Stem Cell Medicine.

They are not part of PMA and the PMA cannot grant them CME credits. Their Midyear Convention was not done in cooperation with PMA.
Again, today they alleged that PMA approved that they will charge fees which the Board has not approved in any way.

They are using the PMA to further their ends.

That's an old pressure tactic, Nonoy. PSSCM needs the imprimatur of the PMA. The proponents were probably banking on concurrence based on "nakasubo na". As for Dr. Ona's statement, my concern is that the DOH sec sits as PhilHealth chairman. I anticipate that once they succeed in fast-tracking approval of the SCT as standard of care for specific conditions, Dr. Ona could use his position as leverage to fast-track its inclusion among PhilHealth-covered procedures. Kainis, PhilHealth doesn't even cover the cost of full course antibiotics for outpatients; not even course completion after a patient gets discharged from the hospital. Then here comes the DOH sec talking about a "dream" of SCT being covered. Hmmp!

Thanks again Meo. I think Donn's statement above, "about philhealth, it will happen decades from now when sct is already accepted as standard of care" is not correct because Sec. Ona seems to be rushing it, maybe within the year or next year. Besides, PhilHealth has several technicalities applied so that enrollment is high but actual coverage and payment is low. For instance, if a person has been paying PhilHealth contribution for the past 10 years, but forgot to pay last month because he is so financially distressed, and he got hospitalized this month, PhilHealth will NOT pay for his hosp bill because he failed to pay the "last 9 months in full" ruling. Unmarried partner, jobless parents who are below 60 yrs old, they can not be declared as dependent and hence, PhilHealth will not pay for them if they hospitalized. But PhilHealth will pay for SCT? wow.

There is absolutely no rush about SCT to be included in the PhilHealth package in the short or medium term. What PhilHealth is now working on is the expansion of case rates for all inpatient diseases, expansion of the existing outpatient benefits (primary care benefits - Primary preventive services including consultations, visual inspection with acetic acid, regular blood pressure measurements, breastfeeding education, clinical breast examination, counselling for lifestyle modification and smoking cessation; Medicines for asthma, acute gastroenteritis, upper respiratory tract infection and urinary tract infection), among others. SCT is innovative and therefore it will take several years for it to be considered standard of care and its inclusion, if at all, in philhealth's benefits will happen many many years from now.

Thanks Donn. I will save this statement of yours as you work closely with Sec. Ona. Personally, I am not happy with PhilHealth but it's the law, it has coercion and we have to follow it. But please, DOH should not introduce new distortions. Sec. Ona should step back from his high profile association with the PSSCM people. LIke producing that one-full page ad in several newspapers, and then this report compromising PhilHealth fund to SCT. DOH will have P82 billion next year, P30B bigger than this year's budget. Kulang pa ba yon at pati PhilHealth ire-raid just to advance SCT? Many actions and pronouncements by Sec. Ona are getting highly suspicious. We hate corrupt officials, really. He should be very careful of his words and actions, dissociate from suspicious characters.

Donn replied, “We have known each other since MeTA. We should talk again one of these days”
--------