* Notes: (1) I changed the subject series name from "Population Control" to "Demography" starting this paper. And (2) This is my article today in thelobbyist.biz.
--------- 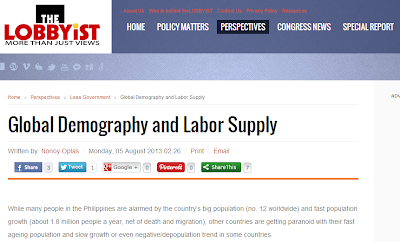 While many people in the Philippines are alarmed by the country’s big population (no. 12 worldwide) and fast population growth (about 1.8 million people a year, net of death and migration), other countries are getting paranoid with their fast ageing population and slow growth or even negative/depopulation trend in some countries. 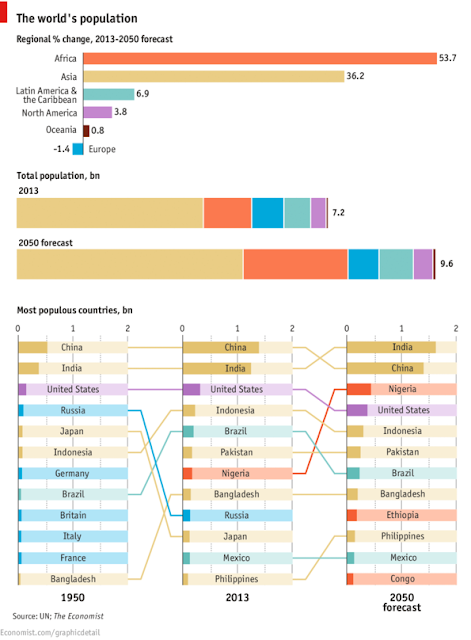 Source: The Economist, The world’s population.

More details here. From one estimate, the worldometers, this year, 10 Asian countries are in the top 20 – China, India, Indonesia, Pakistan, Bangladesh, Japan, Philippines, Vietnam, Iran and Thailand. Four are from Africa – Nigeria, Ethiopia, Egupt and Congo. Three from North and South America – US, Brazil and Mexico, and three from Europe – Russia, Germany and Turkey.

By 2050, there will be nine from Asia (Thailand will be out), six from Africa (Tanzania and Kenya in) three from the Americas and only two from Europe (Germany will be out). 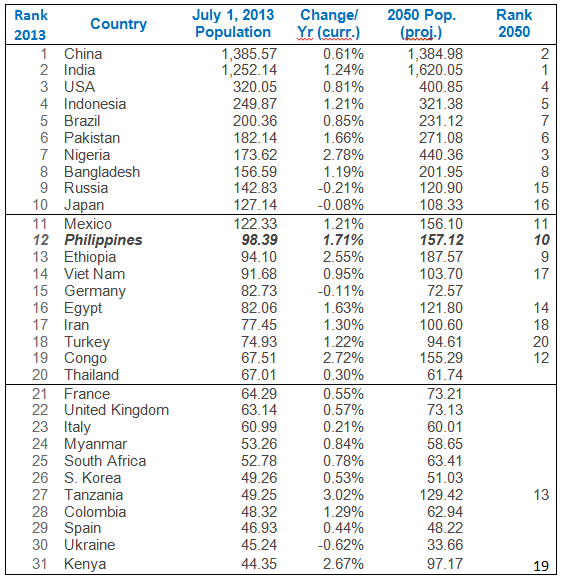 In another data, some 10 percent or higher of the total population of Japan, Germany, Italy, France, Netherlands, Canada, Switzerland, will be 80 years or older by 2050. An even higher percentage will be people who are 70 and older. For these countries, they will get more robots, or more humans, to take care of their oldies and economies. From where? From countries with many "unwanted pregnancies" and "surplus/unwanted children", like the Philippines. 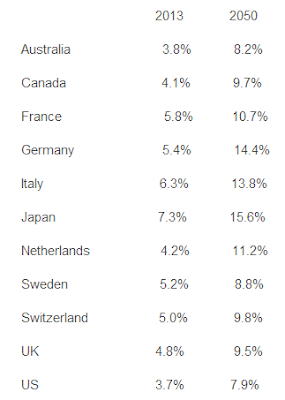 Meanwhile, the National Statistics Office (NSO) estimates that there were about 96 million Filipinos as of mid-2012. The US Central Intelligence Agency (CIA) says there were 103 M that year. Perhaps the CIA counts Filipinos working and studying abroad, hence it bloated its data by 7 M. 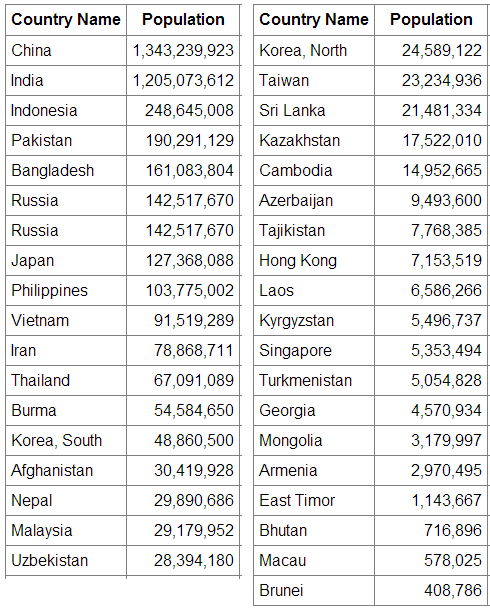 Some people people shake their heads when those "surplus children" are still small because they appear to be “underfed and underclothed.” When those children later become adults, other people will soon be referring to them as drivers, car mechanics, electricians and plumbers, construction workers, yaya for their kids. The better schooled among these children become office workers, while the more entrepreneurial will have carinderias or fishball stalls or driving their own jeepney or taxi, that people patronize.

One test for people who dislike more “unwanted pregnancies” and hence, support government-sponsored population control, is to ask the security guards, janitors, electricians, etc. in their building, how many siblings they have. Most likely they will give answers like 4, 7, 10 or more. In the minds of the population control advocates, some of those children should have never been born because they were "unwanted pregnancies" and "surplus or unwanted children". They dislike if not demonize "surplus children" when these kids are still small. But they cannot function properly in their comfortable offices and buildings if those security guards, electricians, building cleaners, etc. are not around.

People are assets, not liabilities. More people, more assets. The real liabilities – the thieves, murderers, rapists, extortionists, corrupt officials -- government should get them. The bad guys can be everywhere, in poor and rich households, in private and government offices. From most disappointment of the people, in the Philippines or elsewhere, it is directed more to those in the government than in the private sector. It is not wise to keep expanding government.