How is the free market movement going in the Philippines?

There are several qualitative and anecdotal discussions and proof that shows it is alive and kicking. By how much?

Until now I can only think of one measurement, and that is the global traffic rank of Filipino free market blogs via www.alexa.com. As of today, here are the top five and their respective global ranks: 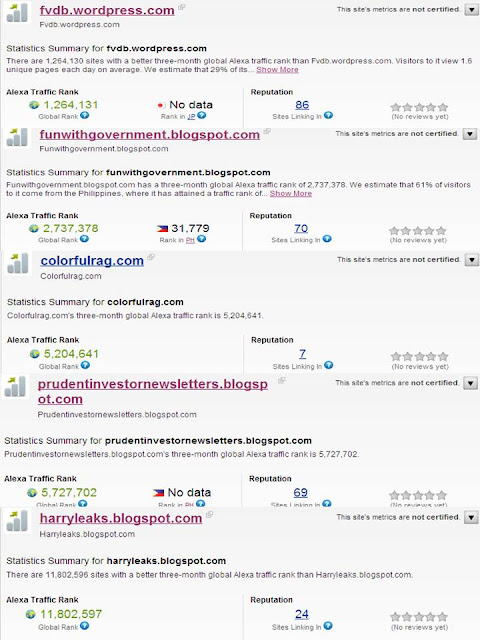 As there are several hundred million blogs and websites worldwide, to land in the first six million would be a privilege. Here are other free market-oriented Filipino blogs but have relatively low (above 20 million) or no rank assigned by alexa.

I think there are other free market-leaning blogs and websites by Filipinos, whether based here or abroad. I hope to find and read them someday.

Here's their global rank from alexa.com as of this morning: 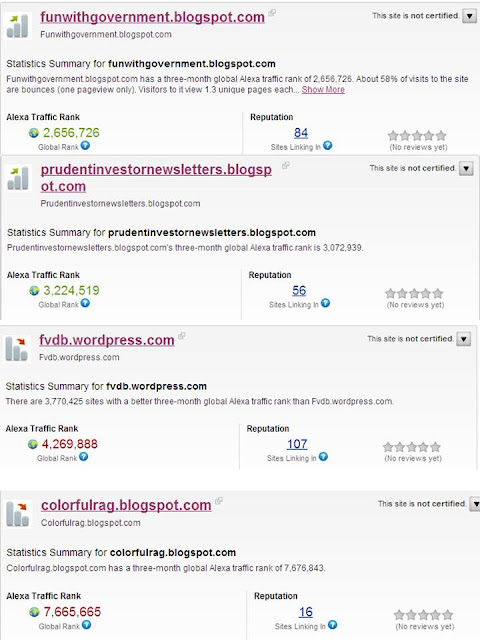 You see the view of this blog, here's the top page of the other 3 popular blogs. 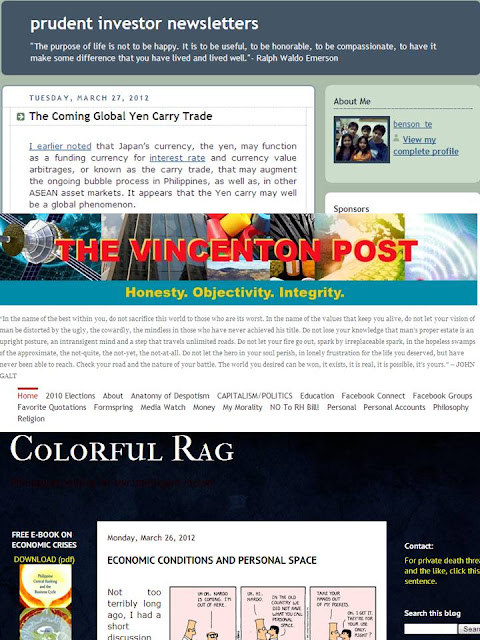 Two other blogs managed to have a global rank, while five others -- four cited below, the 5th, http://libertadfilipinas.wordpress.com/ -- have "no data", meaning their global ranks could be 20 millionth or lower. 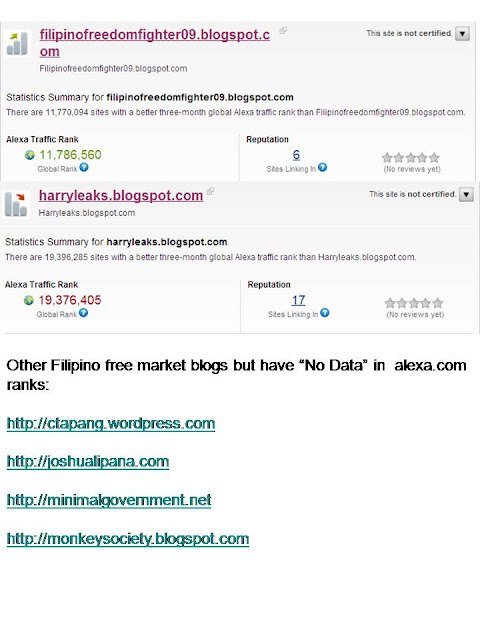 And here's the top page of four of them: 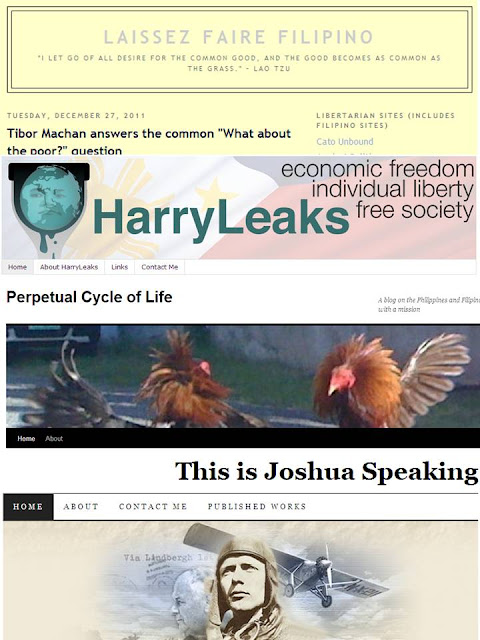 We need to work harder, fellow Filipino free market bloggers and writers. The drop in our overall global ranks compared to their year ago level could be explained not by the poorer quality of contents. In fact, the contents have greatly improved. But rather by the rise of the total number of blogs and websites worldwide. There are possibly several thousand new blogs that are created each day, like those from China.

Another factor is that blogs with addresses "________.blogspot.com" or "_______.wordpress.com" are banned in China as the communist government there has banned google, wordpress (not sure of this), facebook, youtube and several other social networking sites. Thus, for many of our blogs, they are "invisible" to millions of potential readers in China or other countries that are ruled by dictators and despots.

Nonetheless, we rejoice with the fact that we managed to sustain our sites, that we retained our philosophy and advocacies, and that we have inflicted some damage to the philosophies and thinking of "more government, more coercion" groups and individuals.

If a number of countries teamed up and bought many businesses in America, then simply just shipped all the extra profit home never letting dollar value go up, how would the free market correct itself? I know its a little bit of an extreme situation, but I cant seme to solve it on my own.

If many foreigners will buy many businesses in America, then it will create lots of jobs in America, unemployment will go down and people there will have more money, they can invest in new businesses or buy stocks in their own companies, more growth, more theme parks, more hotels, and that will attract more foreigners to visit America, and the $ value will be protected.

the reason fvdb is there is that he keeps picking fights and making "you have to read it to believe it" type arguments.

you are a little better -- at least you avoid the pathetic name calling.

but I think you should acknowledge people's points headon instead of just rehashing talking points. Itll be more effective.