The WB-IFC's "Doing Business 2012 Report was released several months ago. and the result for the Philippines was as ugly as in previous years: Long procedures to start and continue a business, lots of taxes and mandatory contributions to pay. The Country Tables are available here,
http://doingbusiness.org/reports/global-reports/~/media/FPDKM/Doing%20Business/Documents/Annual-Reports/English/DB12-Chapters/Country-Tables.pdf 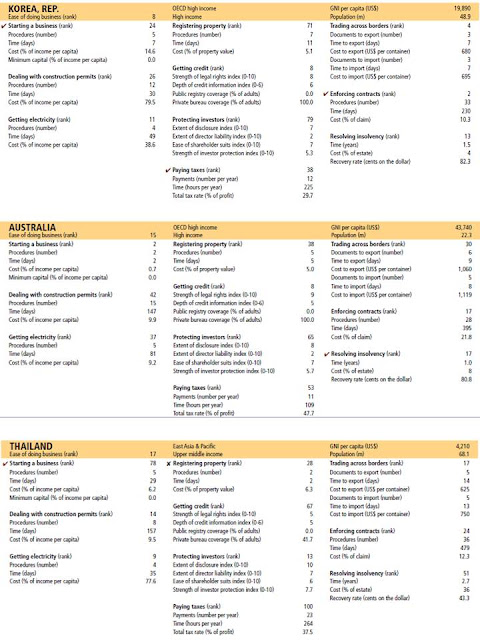 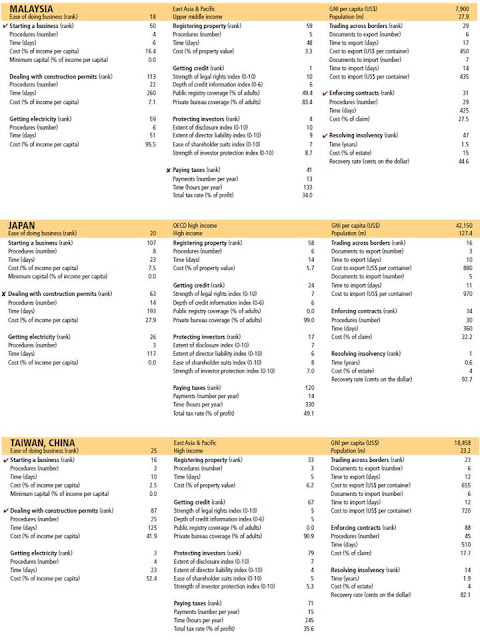 And the more bureaucratic governments follow: communist China and Vietnam, then Indonesia... 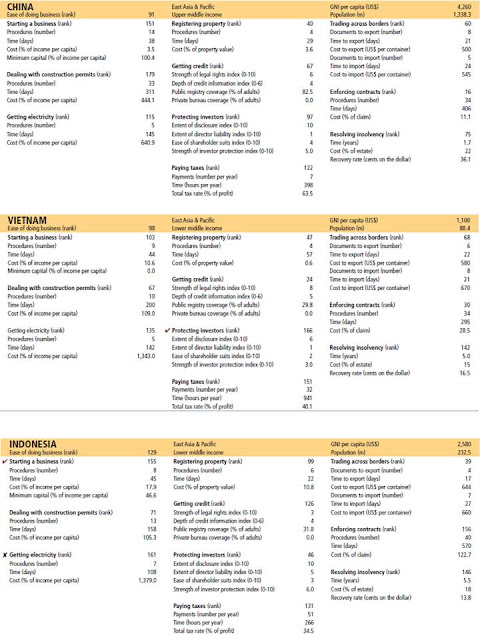 The Philippines is within striking distance by Cambodia. Or just slightly less bureaucratic than Cambodia and Laos. 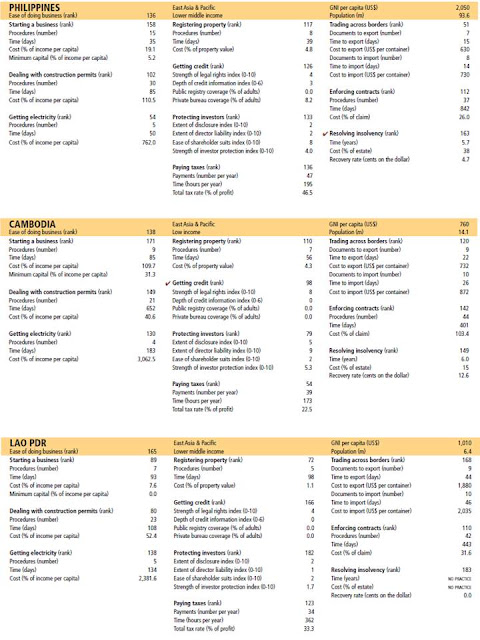 And many people here blame the poor why their population expand fast even if they cannot find enough jobs. So the blamers call for population control of the poor. They hardly if ever, blame the government for its mostly interventionist and parasitic policies towards entrepreneurs and job creators, which contributes to more poverty.

Meanwhile, see these two headline stories in interaksyon.com today. The institution that requires lots of papers and permits from the private sector supposedly to enhance transparency, is itself lacking transparency. At the Judiciary and Legislative branches alone.

The Executive branch is definitely among the least transparency, both national and local government units. Doing business and dealing with bureaucracies, both are not exactly easy things to do.
---------

"We support public administration and local governments in driving profitable projects and working with our private partners." B2G