Leptospirosis and other water-borne diseases are very common during heavy flooding where tens or even hundreds of thousands of houses are submerged in water. People have no option but to walk in dirty waters and hence, risk getting any of these diseases.

Like treating infectious and pediatric diseases, I grant that there is government role in dealing with this kind of disease outbreak. I am no health anarchist, unlike some other shades of free marketers. I post below two articles, one a DOH advisory posted in facebook today, the potentials of doxycycline in dealing with lepto and related diseases, but also its limits. There is rational use of medicines (RUM) here, it cannot be used by (a) pregnant women, (b) children below 8 years old, and according to wiki, (c) "taking doxycycline with food and dairy products may decrease the amount of medication absorbed."

I am also posting portions of Reiner Gloor's article on the subject, to show healthcare-based civil society role in dealing with this and related diseases. 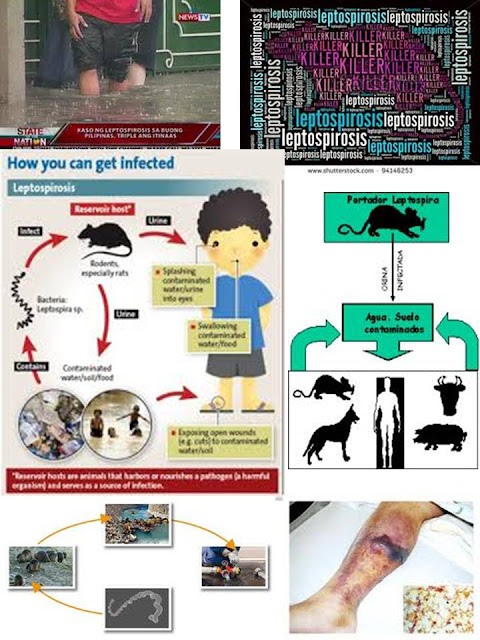 Health Secretary Enrique T. Ona today provided some pointers for the general public in purchasing doxycycline and other drugs and medicines, in the light of the expected surge in leptospirosis and other diseases due to flooding caused by the southwest monsoon.

“We want the public to be able to make informed decisions and get the best prices on doxycycline and other drugs and medicines”, Ona said.

Doxycycline is an antibiotic that is currently recommended to prevent leptospirosis among those with increased risk of exposure.

The Department of Health has already distributed free doxycycline for rescue and relief teams and residents in evacuation centers. Individuals with similar risk should consult a physician prior to intake.

However, doxycycline does not totally protect against leptosirosis. "Those who will develop fever even after taking doxycycline should go to their doctor for examination. Doxycyclin is not recommended for pregnant women and children below eight years of age," Ona explained....

RECENT extreme weather disturbances have recently resulted in loss in lives and property in Metro Manila and the rest of Luzon.

The Pharmaceutical and Healthcare Association of the Philippines (PHAP), through the PHAPCares Foundation, earlier called on its members to again extend help to victims of massive floods in Metro Manila and affected Luzon provinces. Last week, the PHAPCares Foundation turned over P500,000 worth of medicines to National Disaster Risk Reduction and Management Council (NDRMMC). In coordination with our government partners, we intend to roll out a medicine donation caravan to assist the disaster victims....

Realizing that people are physically and emotionally vulnerable to health risks during calamities, PHAP, through the PHAPCares Foundation, signed a Memorandum of Agreement (MoA) with the NDRRMC to renew the industry commitment to provide needed medicines during calamities. The aim of the "Gamot Agad Program" is to deliver essential and life-saving medicines to victims at the quickest possible time alongside the other equally crucial relief items such as food, water and blankets.

Under the MoA, industry members will provide the government P50 million, or P10 million annually, for the next five years worth of life-saving medicines for use during disasters and emergencies.

Dr. Posadas said that common medicines needed during these times are those that afford remedies to common ailments such as anti-pyretic/analgesic/anti-inflammatory medicines, decongestants and expectorants, anti-diarrheal/oral rehydrating solutions, antibiotics and topical medicines for wounds.

One common rule to remember is that medicines should be kept in a secure container that will shield them against the elements. One simple way is to put these medicines in a plastic container, tightly sealed to protect the medicines, especially from moisture and dirt. Aside from the medicines, some basic medications for wounds like alcohol, hydrogen peroxide, betadine, cotton, scissors, dressing tape, gauze, topical antibiotics and elastic bandage are useful....
--------